Nigeria: Muslim attacks on Christians increase, the country is now ‘biggest killing ground of Christians in the world’

Nigeria: Muslim attacks on Christians increase, the country is now ‘biggest killing ground of Christians in the world’

In Nigeria, Fulani jihadists “now pose a greater threat than the Islamic terror group Boko Haram.” Meanwhile, as jihadists continue to slaughter Nigerian Christians on a more or less daily basis, the Pope and many other Christian leaders continue to prioritize political correctness in the face of Christian persecution, so as not to offend Muslims.

And while Western globalists remain dedicated to welcoming the hijra into their countries, heedless of the likely devastating consequences, the general inaction in the face of ongoing attacks by Fulani jihadists has left genuine refugees with nowhere to turn. Such persecution “in particular have had a devastating effect on Christian farmers — thousands have fled, leaving behind fertile farmlands.” 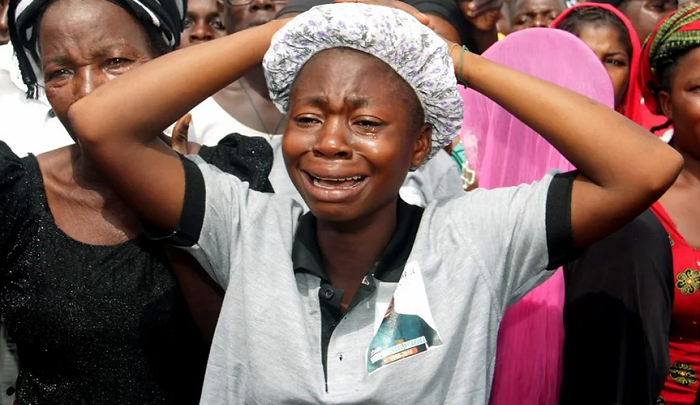 Fulani Muslim attacks on Christians in Nigeria have risen significantly since the country imposed a coronavirus lockdown on March 30 and scores of Christian farmers have been killed, according to a September 8 report.

“The middle belt region, which produces a large percentage of the country’s food for domestic consumption and export, has been affected most,” writes Nigerian journalist Patrick Egwu from Johannesburg.

In July, Christian Solidarity Worldwide (CSW) warned of “a sustained campaign of violence targeting farming communities” in parts of the middle belt, “which has been ongoing since January 2020, and which has seen a particular surge during July.”

CSW also revealed that as of May 15, Muslim assailants had killed 59 Christians and burnt down 155 homes, leaving hundreds of area people displaced.

The killing has continued and even increased during the summer. On August 10, some 20 gunmen stormed the village of Edikwu in Nigeria’s Benue state, killing at least 13 people and burning homes. In early September, several more villages were attacked and more than 10 people were killed.

“When this happens, the police go there, but before they arrive, the attackers have already disappeared,” said Paul Tekina, a villager in Benue State.

On August 22, Crux, a U.S.-based Catholic news outlet, declared that Nigeria is becoming the “biggest killing ground of Christians in the world” due to attacks by Boko Haram and Fulani militants, according to reports by International Christian Concern (ICC). The charity estimates that between 50,000 and 70,000 Christians have been killed by radical Islamists in the West African country over the last decade.