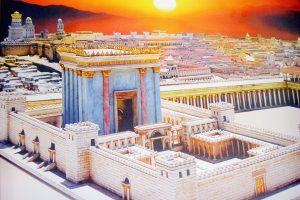 We are beginning to hear serious discussions about the “deep state.” Especially with the furor surrounding the release of the Congressional memo regarding the use of dubious (or false) information by the FBI to obtain FISA warrants to surveil the campaign of Presidential candidate Donald Trump.

What is the “deep state?” Google defines it this way: The “deep state [is] a body of people, typically influential members of government agencies or the military, believed to be involved in the secret manipulation or control of government policy.”

I’m sure that in the coming weeks we are going to be learning a lot more about the “deep state.” Probably more than we wish we knew! In the meantime, it appears we are seeing evidence of the “deep state” beginning to overtly manifest.

The Israeli newspaper, Maariv, reported that Kerry asked Agha to pass a message to Mahmoud Abbas. He allegedly told Abbas to “hold on and be strong” because Trump will not be in office long. Kerry reportedly said that President Trump could be out of office within a year.

Though the PA has confirmed the meeting, they will not confirm the comment. But if the Israeli report is true, what does John Kerry know?

Even government officials have a right to their own personal political opinions. But during the last presidential election, a real “deep state” began to emerge.

A story about the “deep state” is not a story about Donald Trump. It is about “the rule of law.”

Jesus warned that in the last days, “Lawlessness will abound.” (Matthew 24:12 NKJV) I believe we now see lawlessness reaching new and disturbing levels. We have mounting evidence that high ranking members of the Department of Justice, including the FBI, sought ways to illegally interfere in the 2016 election. And have apparently sought ways to influence its aftermath.

Immediately after the election, a troubling number of people who opposed the results began calling themselves “the Resistance.” A “resistance movement” typically works in opposition to totalitarian regimes or occupying powers in which the “rule of law” has been suspended.

In May of last year, Hillary Clinton announced the formation of a political organization to fund “resistance” groups. She said, “I’m going to do everything I can to support the resistance.” Even former President Barack Obama has publicly encouraged “resistance” activities.

Now, Clinton and Obama no longer hold official government positions. So they have influence, but no actual power. However, other members of “the resistance” hold power at the highest levels.

Wisconsin Senator Ron Johnson, chairman of the Senate Homeland Security Committee, recently warned of “corruption at the highest levels of the FBI.”

For years, we have lamented the moral decay in our nation. Moral decay means a corruption of values. And that corruption can reach anywhere — even into the Justice Department and the FBI.

There is something deeply wrong in the United States when some of our most trusted citizens and officials form themselves into a “fifth column” — determined to do “everything” in their power to topple the duly elected government.

If you or your loved ones have had the flu this year, you know what I mean when I say, “This year’s flu is catastrophic!” It’s killing the very young and the very old. But it’s also killing young adults in seemingly perfect health.

Recently, Bloomberg News ran a story on the influenza outbreaks under the headline: “Flu Season from Hell Keeps Getting Worse.” This year’s version of the flu first hit back in 1968. Then it was known as the “Hong Kong Flu.”

The Centers for Disease Control (CDC) report “widespread flu activity” in every state except Hawaii. Schools have closed in 12 states. Emergency rooms are swamped. Some major hospitals have erected huge tents in their parking lots to handle the overflow.

And the CDC notes that the flu season hasn’t even peaked yet! Some experts estimate that as many as 56,000 could die from the flu this year.

Jesus warned that the last days will see a rise in “pestilence.” (Matthew 24:7) The current flu epidemic may be just one example.

Another has been called “Spermageddon.” That’s what they’re calling the male infertility crisis that’s happening around the world.

Hebrew University in Jerusalem recently released a study of data involving 43,000 men over a period of four decades. The study found that in the last 25 years, male sperm count has declined 60%. The Daily Mail of London called it “the most robust evidence to date of an unfolding disaster.”

Last week, a group of scientists announced their opinion that, at this rate, the human race could be infertile in 50 years!

I began reporting about the comments of Dame Sally Davies in 2013. Dame Sally is the Chief Medical Officer of the United Kingdom (UK). She has been warning the world about the coming “superbug apocalypse.”

Five years later, it’s here! CBS News recently reported: “Experts estimate that 700,000 people die around the world each year from drug-resistant ‘superbugs,’ and they expect the number to grow sharply.” Some experts think that number will rise to two million deaths per year.

The CDC estimates that more than 23,000 a year die from antibiotic-resistant ‘superbugs’ in the United States alone.

It’s true that the medical world has made unbelievable advances over the past century. But, despite our progress the world is seeing a dramatic rise in diseases from tuberculosis to smallpox to bubonic plague. And we are rapidly reaching the point where our miracle medicines will no longer be effective. Precisely as Jesus warned would happen in the final days before His return.

Late last year, The Jerusalem Post reported, “A train station that will be built not far from the Western Wall will be named after US President Donald Trump.”

Israeli Transportation Minister Israel Katz said, “The Western Wall is the holiest place for the Jewish people, and I decided to name the train station that leads to it after President Trump… following his historic and brave decision to recognize Jerusalem as the capital of the State of Israel.”

Extending the train route to the Donald J. Trump Station near the Western Wall shows that the Israelis are getting ready for an enormous increase in tourism near the Temple Mount.

Israeli officials may not realize it, but they are building the infrastructure for what may one day be the most visited single site on earth — the new Temple sitting atop the Temple Mount in Jerusalem.

In Matthew 24, Jesus prophesied that the Temple of His day would be destroyed. And, in 70 AD, it was. But He also spoke of an “abomination of desolation” that will desecrate a future Temple.

Even the mainstream media has noticed something unusual is happening. Recently, Newsweek reported, “Some Jews said Trump’s recognition of Jerusalem as Israel’s capital paved the way for the construction of a Third Jewish Temple in the same place the Second Temple had been.”

Folks, this one recent development alone signals to us that we are shifting into high gear as we approach the final days of this Age. The next big event will be the return of Jesus Christ to catch away all true believers in the Rapture.

Finally, in my years as a believer, I have seen many Christian leaders acknowledge that we are not living under the Law of Moses. Then I have watched them turn around and substitute their own version of the law!

But to do that is to try to combine law and grace. We forget that the law must be kept completely. Completely. No room for even one misstep or failure. That is humanly impossible.

You see, the purpose of the law was to drive us to despair of self-effort. The law leads us to accept grace because it shows how far short of God’s standards we all fall.

We must have grace, but we cannot earn it or deserve it. If you could qualify to deserve it, you wouldn’t need it.

This subject is one of the great issues with which many in the Christian traditions have struggled throughout history. This week, I will explain it all in great detail.

And I will share with you one of the most profound examples of the concept of grace I have ever witnessed. When former gymnast Rachael Denhollander stood before the physician who had been sentenced to more than 200 years in prison for molesting more than 150 young girls, she explained the magnificent story of grace in just a few short sentences.

You must see it for yourself.