Miami imam: ‘Palestine is land of Islam, we’ll take it back.’ ‘If you love Jesus,’ Islam ‘is the religion for you.’ 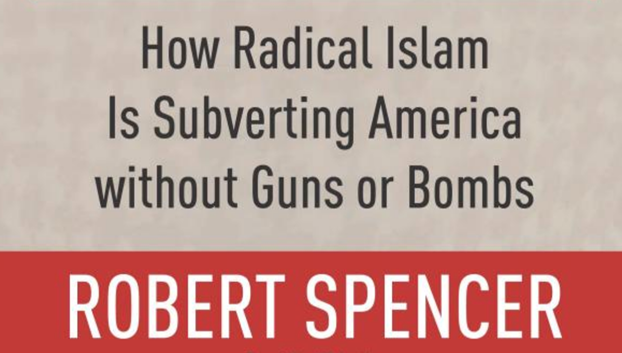 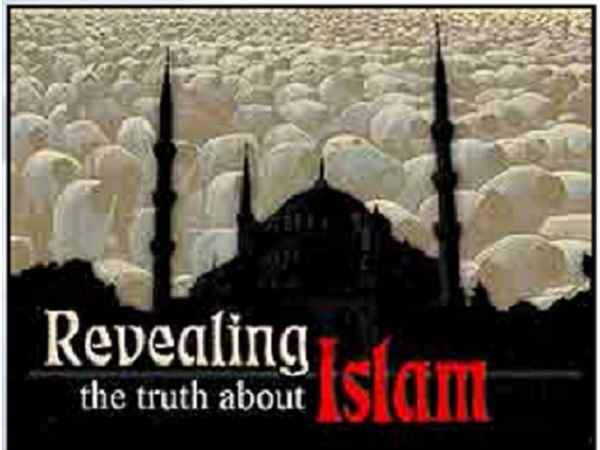 Islam is a religion of lies, or war, of slavery and massive deception. If you refuse to believe this and are accepting the essence of your knowledge pertaining to Islam, its origins, history, and the truth of Islam and the Qur’an, who and what Muhammed really was I cannot urge you enough to stop building 100% of your beliefs about Islam on the 1% to 2% of propaganda and misinformation given over broadcast news and U.S. or Western television and media.

Search the real history. Find out the truth. Do not be deceived.

And if anyone believes that Islam loves Jesus more than true Christians do? Woe to that person! For they had better come out of the darkness, shake the filth and dust of the lies they are allowing in their lives, and enter into the light and the truth.

Here, below, is just more of Islam’s lies and deceptions which far too many people accept, ignore or fall for.

Miami imam: ‘Palestine is land of Islam, we’ll take it back.’ ‘If you love Jesus,’ Islam ‘is the religion for you.’(Video)

Kablawi is not remotely the first supporter of the “Palestinian” jihad to state the conflict in Islamic terms. “Palestinian” spokesmen themselves do this on a routine basis, as do Iranians and others. Yet Islam is the one aspect of the conflict that is routinely ignored or even openly denied by mainstream “Middle East experts” in the West. Find out how central Islam really is to the conflict, and why the refusal of the “experts” to face this reality is so damaging, in The Palestinian Delusion.

“Friday Sermon By Miami Imam Dr. Fadi Yousef Kablawi: We Will Take Palestine Back And Live In The Israeli Settlements; The Jews Will Run Like Mice; If You Love Jesus Islam Is The Religion For You – We Love Him More Than You Do,” MEMRI, April 16, 2021:

Miami imam Dr. Fadi Yousef Kablawi said that Al-Aqsa and Palestine are the “land of Islam,” and that Muslims will take them back. He made these remarks in a Friday sermon that was delivered at Masjid As-Sunnah An-Nabawiyyah in north Miami, and posted on the masjid’s official Facebook page on April 16, 2021. Dr. Kablawi thanked the Israelis for building the settlements that would serve as housing for the Muslims when they take the land back, and the Israelis run away “like mice.” He said that every Muslim “should talk to himself about dying for the sake of Allah.” Dr. Kablawi asked why only Muslims who die for their cause are considered terrorists, while non-Muslims such as Nelson Mandela, Gandhi, Che Guevara, and Bob Marley are considered heroes. He elaborated that Christians claim that Jesus died for his cause, for their sins, but according to Islam Jesus didn’t die. Dr. Kablawi explained that Islam has come to tell the Christians that Jesus is alive, yet they fight Islam in return. He said to Christians: “If you love Jesus, then Islam is the religion for you,” because Muslims love Jesus, more than Christians do. Dr. Kablawi, who is a dentist, immigrated to the United States from Jordan. For more information about him, see MEMRI TV clips Nos. 8752, 8063, 8136, 8389, and 8404.

Dr. Fadi Yousef Kablawi: “The only thing that is left for us – as a Muslim nation – is Islam. They fought us in every single thing, they took away from us every single thing. Who are ‘they’? The disbelievers, the West, the Jews, and the Christians. This is history. They took evert [sic] single thing that we can rise because of… The only thing they failed to take is Islam, and don’t ask if they have tried. Oh, they have been trying from the first moment.

“The land of Islam – and we will take it back. And we would like to thank you for all your settlements, because then we will find housing when we get back there. Thank you very much. Because you will be running away like mice. Because this is what your history [teaches]. If you are loyal to your land and you claim that it is your land, why did you leave it twice? Why did you leave it twice and run away? Go read your history before you come to us. We are tired of you.

“Every true Muslim should talk to himself about dying as a martyr for the sake of Allah. The Prophet said whoever does not do that is a hypocrite. Can you imagine? There is nothing higher than to die for what you believe. But they make people heroes because they die for what they believe. Only when it comes to Islam, our martyrs become terrorists. They come to talk to you about Nelson Mandela. Nelson Mandela didn’t die for that, but he fought his whole life, and he was imprisoned for years for his cause, for whatever he believed in… Even thought I have some reservations about what he believed… Gandhi, same story, [was considered] a hero because he died for what he believed in. The guy from Mexico [sic], Guevara, [Che] Guevara, or whatever, a big guy. Even Bob Markey died for his… You know what? [He is] a hero.

“Why do you praise these people? Because they died for what they believe in. So why is it forbidden for us, when we say that the greatest level that you can attain is to die for what you believe in – for Allah? Why? You have double standards, hypocrites, why?

“And if you cry every day or when you go to church, because Jesus died and he was tortured, and all that… If you really hate that and feel bad for Jesus, then Islam gives you the answer.

“After all these years that they lied to you and told you that Jesus died. And here, we Muslims are coming to tell you that Jesus is alive. So what do you do in return? You fight us. If you truly love Jesus, this is the religion for you. Ask the people who converted [from Christianity]. Wasn’t this a deal breaker or a deal maker? Jesus, you claim you love Jesus, and we love Jesus, but we love him more than you. But we love the Jesus that we believe in, and you love the Jesus they lied to you about – two different Jesuses.