Media: Israel Must Be Denigrated for Its World-Beating Vaccination Programme 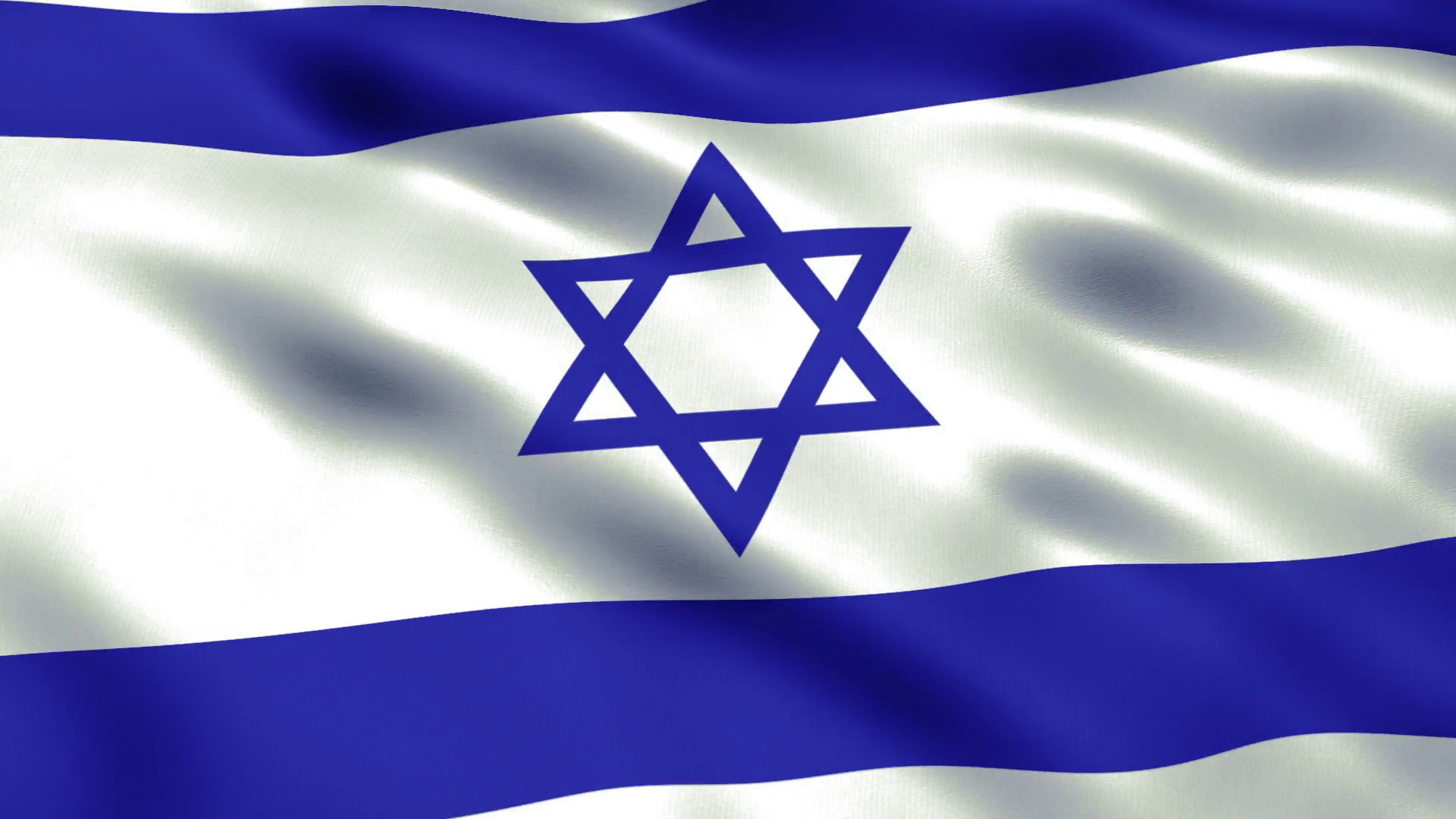 Every other nation’s flag references self. Self achievements, self history not honoring God or the Bible. Not placing its belief in the Scriptures on their flags.

Caption provided by the administrator of A Crooked Path.

Media: Israel Must Be Denigrated for Its World-Beating Vaccination Programme 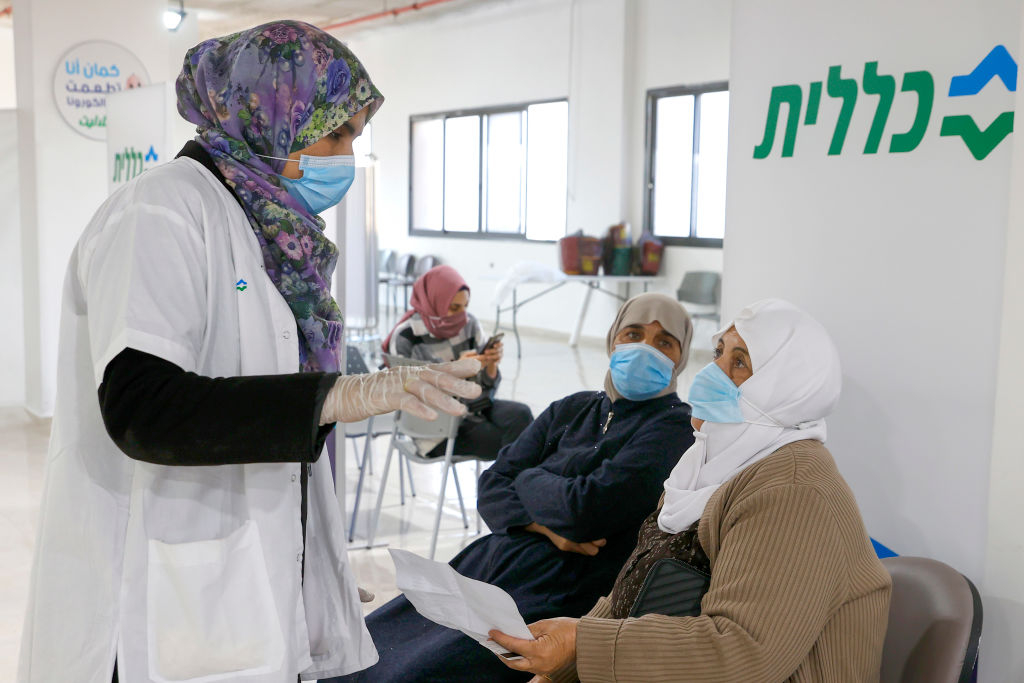 Prejudice against the Jewish state is so intense in the Western media that praiseworthy actions guaranteed to hit the headlines if attributable to any other country are frequently ignored, diminished or denigrated when it comes to Israel. When there is a disaster anywhere in the world, for example, Israel is often the first, or among the first, to offer assistance and send in relief workers. Most recently, last month the Israel Defence Forces dispatched a team to Honduras following the devastation of category 4 hurricanes Eta and Iota which left thousands homeless.In the last 15 years IDF relief missions have deployed in Albania, Brazil, Mexico, Nepal, the Philippines, Ghana, Bulgaria, Turkey, Japan, Columbia, Haiti, Kenya, the U.S., Sri Lanka and Egypt — and many other countries in the years before.

Under Operation Good Neighbour, between 2016 and 2018, the IDF set up field hospitals on the Syrian border to treat civilians wounded by violence in their country and sent vital supplies directly into Syria, a nation which is at war with Israel, to help suffering people there.

Few outside Israel, Jewish communities around the world and the places that have benefited from IDF assistance have any idea of any of this because the media is not interested. In some cases, news items about countries contributing teams to disaster relief have omitted Israel despite knowing the IDF was playing an important role.

The same negative policy extends to other major benefits that Israel has brought to the world, including scientific innovation, medical technology and life-saving intelligence. It goes against editorial agendas to report on the Jewish state in a positive light unless they can somehow twist a good story to turn it bad.

This week we have seen exactly that in newspapers and broadcast media on both sides of the Atlantic as they contort themselves — and the truth — to bash Israel over its remarkable success in vaccinating against Coronavirus. In the U.K., the Guardian newspaper reported:

“Two weeks into its vaccination campaign, Israel is administering more than 150,000 doses a day, amounting to initial jabs for more than 1 million of its 9 million citizens — a higher proportion of the population than anywhere else”.

With the world so focused on Coronavirus and national reactions everywhere, papers such as the Guardian could hardly avoid reporting Israel’s achievement, much as they would likely have preferred not to. So the article had to be headlined: “Palestinians excluded from Israeli Covid vaccine rollout as jabs go to settlers”.

Effectively accusing Israel of racism by neglecting Palestinian Arabs, the Guardian wrote: “Palestinians in the Israeli-occupied West Bank and Gaza can only watch and wait”. Across the Atlantic, the Public Broadcasting Service (PBS) gleefully headlined its article on Israel’s success with: “Palestinians left waiting as Israel is set to deploy COVID-19 vaccine”. The Washington Post published similarly malign sentiments under the headline: “Israel is starting to vaccinate, but Palestinians may have to wait months”.

Predictably the U.N. Office for Coordination of Humanitarian Affairs leapt onto this rickety bandwagon, publishing on its website a joint statement by a range of human rights organisations, levelling the same criticism and erroneously claiming violations of international law. Ken Roth, Executive Director of Human Rights Watch — an organization which its founder, the late Robert L. Bernstein, left precisely because of its unjust stance against Israel — in a tweet alleged: “Israel’s discriminatory treatment of Palestinians” and claimed in a separate tweet: “it has not vaccinated a single Palestinian”.

Unwilling to be left out of these gratuitous efforts to attack Israel, Amnesty International also levelled accusations of contravening international law by not vaccinating Palestinian Arabs.

As with most Israel-related stories in the mainstream media and the propaganda relentlessly churned out by so-called human rights groups, these slanders are entirely false. Palestinian Arabs living in Judea and Samaria, or the West Bank, and Gaza, are not even Israeli citizens and they are not signed up to Israeli healthcare providers.

Under the Oslo Accords between Israel and the Palestinians in the 1990s, which created the Palestinian Authority (PA), it alone and not Israel is responsible for the health care of Palestinians, including vaccinations. Nearly 150 U.N. members recognise “Palestine” as a state, yet these media and human rights bodies, displaying deplorably predictable bias, cannot bring themselves to allow it agency.

The Palestinian Authority has its own plans for vaccinating its people, including in conjunction with the World Health Organization’s Covax scheme, which have been reported in the same media that is attempting to traduce Israel.

At the time when Israel was planning its vaccination programme and procuring vaccines, the Palestinian Authority had broken off relations with Israel. Since contact has been restored, until now, neither the PA nor the Hamas terrorist regime that runs the Gaza Strip have asked Israel for any help with vaccinations, evidently preferring their own paths. However, as late as January 5, a Palestinian Authority official claimed the PA is now discussing with Israel the possibility of some vaccines being supplied to them, which the Israeli authorities are reportedly considering.

Reports also suggest that some doses of vaccine had already been secretly provided by Israel to the Palestinian Authority, following earlier unofficial approaches. The reason for this smoke-and-mirrors approach is the embarrassment the PA has at publicly seeking assistance from Israel, which it unfailingly rages against and vilifies at every opportunity. None of this is likely to be known or covered by the majority of media: it doesn’t fit their agenda.

The idea advanced by some media and human rights commentators that Israel might be allowed to vaccinate the citizens of Gaza, whose rulers have been firing lethal rockets at Israeli territory before and since the pandemic began, is derisory. What are these media commentators and so-called human rights groups doing to persuade the international community to help Gazans in their plight?

Contradicting allegations of a racist or “apartheid” policy, Israel has been vaccinating its Arab citizens since the programme began. Given some reluctance to be vaccinated among these communities, the Israeli government, in conjunction with Arab community leaders, have been making concerted efforts to encourage them, including a visit by Prime Minister Netanyahu to two Arab towns in the last few days for this purpose.

Jerusalem Post journalist Seth Frantzman personally confirms that Arabs in eastern Jerusalem have been and are being vaccinated. These people are classed by Ken Roth as Palestinian citizens, by his own lights giving the lie to his assertion that Israel “has not vaccinated a single Palestinian”.

According to Frantzman, there are cases of non-citizens in Israel getting vaccinated by showing up at the mass vaccination points. He cites the example of a Palestinian citizen in Judea who was vaccinated by Israeli authorities despite not having an Israeli health card, illustrating that “Israel’s health authorities are doing all they can to vaccinate as many people as possible, regardless of whether they are Arab or Jewish”.

As anyone who actually knows Israel even slightly would expect, its government will be doing everything it reasonably can to help Palestinians in Judea and Samaria and in Gaza with their fight against Coronavirus.

Despite the usual allegations to the contrary, the IDF say they have accepted and facilitated all requests for medical assistance of any kind into the Gaza Strip, including ventilators, oxygen generators and Coronavirus testing equipment. This accords with their track record of making all possible efforts to coordinate humanitarian aid for the people of Gaza, even during periods of intensive conflict initiated by Gaza terrorists.

The New York Times also takes a swipe at Israel but from a different angle. While noting the criticisms over “failure” to vaccinate Palestinians, the paper majors not on that but on strong and laboured implications that Israel’s success is driven by Prime Minister Netanyahu’s desire to “bolster his own battered image”. One way or another, journalists are determined that Israel’s achievements must not be painted in a positive light.

The same approach can be seen over the Abraham Accords of 2020, historic achievements in a hitherto elusive peace between Israel and the Arabs. These have often been received with callous cynicism in the media as well as among veteran peace processors, whose own prescriptions have repeatedly failed. Many political leaders in Europe have followed suit. Their decades-old opposition to the Jewish state was actuated largely by a self-interested desire to take sides with an Arab world vehemently opposed to Israel’s existence even to the point of battle.

Lord David Trimble, former First Minister of Northern Ireland and a Nobel Peace Prize laureate, in November nominated Israeli Prime Minister Benjamin Netanyahu for the prize, along with Crown Prince Mohammed bin Zayed Al Nahyan of Abu Dhabi. Lord Trimble recognised that Netanyahu is the driving force behind the Abraham Accords, whose origins date back to his speech to a joint session of U.S. Congress in 2015, when he made a stand against Iran’s nuclear ambitions. Netanyahu’s solitary stance was seized on by Arab leaders, who began to realise they had common cause with the State of Israel, which could lead to a brighter future for them than one encumbered with unnecessary animosity.

There has been no greater move towards peace anywhere in the world in decades. We will see whether Netanyahu receives the Nobel Prize in October. If not, it will be due to the same contempt that the New York Times and many self-proclaimed Western intelligentsia have for this prime minister who, though controversial both at home and abroad, represents the Israeli spirit that they seem determined to denigrate at every turn — even in the face of such monumental achievements as the Abraham Accords and a world-beating vaccination programme.

Colonel Richard Kemp is a former British Army Commander. He was also head of the international terrorism team in the U.K. Cabinet Office and is now a writer and speaker on international and military affairs.