Put on the full armour of God… 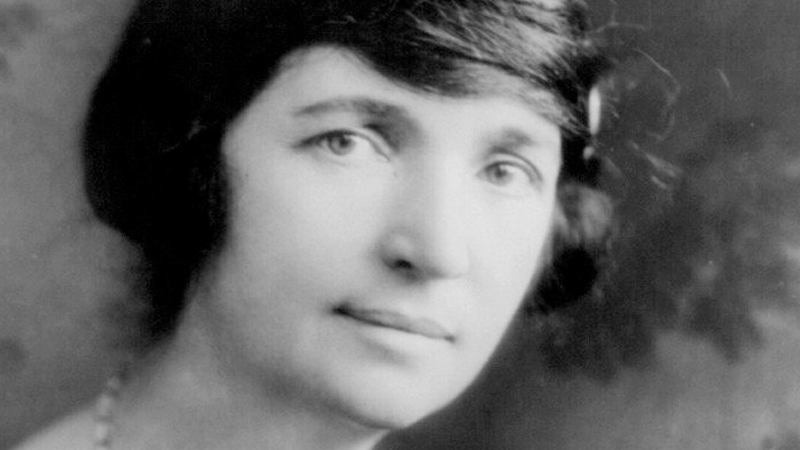 Well, if I had a dollar for every time I’ve mentioned the importance of knowing history to people in my life, and hearing in return how history is boring, ow history isn’t relevant, how things have changed and what happened in the past no longer applies I’d be a VERY RICH MAN! With many dollars!

Don’t think history matters? Lingers? Can’t be removed no matter how much spray paint is sprayed, no matter how many statues are torn down in ignorant rage.

History is millions, now billions of threads woven into a continually milled fabric.

Without interruption. No matter if people want to know this, accept this, or believe this. And continued ignorance and ignoring of this only make matters worse. The denial and delusion do nothing to alter history or the truth.

The eugenicist movement and all its racism, free love, sexual revolution philosophies bled into the latter 20th century. Literally. In the Nazis falling in love with Margaret Sanger and the eugenicists, with the explosion of immorality and the New Age Movement (rebranded and repackaged Paganism) incorporating the whole “Age of Enlightenment” through earth worship, sorcery, and the like disguised as a hippie, peace, love, and understanding we’re-going-to-change-the-world disaster. To the rise and acceptance of the daily murdering of unborn, living human babies.

But why pay any attention to history, right?

It’s irrelevant, right? And human nature has changed so much hasn’t it? NOT! Do not fall for that grand lie!

As each of us makes history each day, while most refuse to acknowledge or learn history, oh, what a history we are making — and, oh, what a history we are going to have to answer for! And the fabric having been woven continually al these past millennia, centuries, generations, decades, years and days is soon going to be rent. Torn as it never has been and never will be again.

But why pay any attention or believe that, right? Because things have been moving along so well haven’t they?

Last month abortion giant Planned Parenthood announced that they would be removing the name of founder Margaret Sanger from its Manhattan clinic because of what it called her “harmful connections to the eugenics movement”.

Sanger was leading advocate of the eugenics movement and promoted sterilisation of people she deemed to have undesirable traits or economic circumstances.

The Christian Institute’s Dr. Sharon James has written about Sanger’s toxic legacy in her upcoming book ‘The Lies we are Told: The Truth we must Hold’.

Margaret Sanger, pioneer of contraceptive provision and founder of Planned Parenthood, despised the Christian gospel and, rather, viewed sexual freedom as salvation.

She insisted that as long as pregnancy resulted in what she described as ‘ever-growing broods’, women would never enjoy sex. The ‘misery of the world’ would be solved with the provision of contraception. She saw her own role in promoting that freedom in messianic terms. In her grandly-titled book, The Pivot of Civilisation, she argued that the ‘magic bullet’ to tip humanity towards a better future was not Marxist revolution so much as contraception (and the sexual freedom that this would facilitate):

“The eloquence of those who led the underpaid and half-starved workers could no longer, for me, at least, ring with conviction. Something more than the purely economic interpretation [ie Marxist revolution] was involved. The bitter struggle for bread, for a home and material comfort, was but one phase of the problem. There was another phase, perhaps even more fundamental, that had been absolutely neglected by the adherents of the new dogmas. That other phase was the driving power of instinct, a power uncontrolled and unnoticed. The great fundamental instinct of sex was expressing itself in these ever-growing broods, in the prosperity of the slum midwife and her colleague the slum undertaker. In spite of all my sympathy with the dream of liberated Labor, I was driven to ask whether this urging power of sex, this deep instinct, was not at least partially responsible, along with industrial injustice, for the widespread misery of the world.”

Sexual energy had to be released, but the first imperative was to separate sex from children. Then women and men alike would be able to fulfil that ‘driving power of instinct’. Equally important, the second imperative was to separate sex from the restraint of lifelong faithful monogamy, aka Christian morality. When asked what the cause of all human evil and misery was, Sanger could reply without hesitation that it was Christian morality. And when asked what would solve the problems of human suffering, Sanger believed the answer was sexual liberation.

The advocates of ‘free love’ wanted to get this gospel out. Children and young people were still being brainwashed by parents, churches and schools into thinking that they had to keep sex for marriage. That had to be challenged by means of sex education. Sanger’s organisation, Planned Parenthood, from its inception was not just about providing contraception. It promoted sex education which informed children and young people of their ‘sexual rights’. And so increasingly the sex education materials promoted by Planned Parenthood encouraged pre-marital sexual activity. Children are helped to ‘choose their own values’, but those who resist permissive values are mocked. Where children have imbibed traditional attitudes from their parents, role-playing is used as a way of transforming their thinking.

Sanger’s The Pivot of Civilisation also promoted the new pseudo-science of eugenics. An early enthusiast for this thinking, she wrote in 1925:

“The government of the US deliberately encourages and even makes necessary by its laws the breeding – with a breakneck rapidity – of idiots, defectives, diseased, feeble-minded, and criminal classes. Billions of dollars are expended by our state and federal governments and by private charities and philanthropies for the care, the maintenance, and the perpetuation of these classes. Year by year their numbers are mounting. Year by year more money is expended . . . to maintain an increasing race of morons which threatens the very foundations of our civilization.”

These eugenic ideas lay at the heart of the Nazi ‘race purification’ programme, and Sanger was enthusiastic about the euthanasia, sterilisation, abortion and infanticide programmes of Hitler’s Reich. Sanger used Planned Parenthood to promote her vision of a superior society, a vision which was deeply racist. In 2020 Planned Parenthood removed Sanger’s name from their Lower Manhattan clinic, because of her connections to the eugenics movement.

Sanger devoted her life to the abolition of Christian morality and the promotion of the ‘joys of sexual liberation’. But her own life was a mess: failed marriages, neglected children, numerous affairs, attempts to cover up her complicity with the Nazi regime, and desperate attempts to find meaning via occult activities.

From Relativism to Fatherlessness

Margaret Sanger was driven by a mission to deliver humanity from the constraints of Christian morality. ‘You shall not commit adultery’, she believed, was a direct attack on freedom. Humanity would only flourish once God’s commandments had been relegated to history. She (and others) wanted sexual revolution: a smashing down of barriers to sexual liberation.

On one level they have been stunningly successful. In countries impacted by Western culture, sexual freedom is enshrined in law, public policy and education. Sexual fulfilment and reproductive liberty are now defined as fundamental human rights. In 1994 the ‘Cairo Programme of Action’ stated:

“Reproductive health is a state of complete physical, mental and social well-being and not merely the absence of disease or infirmity . . . Reproductive health therefore implies that people are able to have a satisfying and safe sex life and that they have the capability to reproduce and the freedom to decide if, when and how often to do so.”

A sexual relationship is seen in individual terms, for the fulfilment of each party. It is therefore separated from the necessity of permanent monogamous marriage. Sexual morality is no longer placed in the context of community or family, but is regarded as a matter of individual consent. Sanger wanted freedom without boundaries.

But this assault on traditional morality and the married family has fuelled an epidemic of sexual violence. Children are innocent victims. In 2011, a federal study in the U.S. showed that children living with their mother and boyfriend were about eleven times more likely to be abused than children living with their married biological parents. Theodore Dalrymple (a pseudonym) had a lifetime of experience working as a doctor in a slum area in Birmingham, England, and also as a prison doctor and psychiatrist. He described the human cost of the sexual revolution:

“. . . intellectuals in the twentieth century sought to free our sexual relations of all social, contractual or moral obligations and meaning whatsoever, so that henceforth only raw sexual desire itself would count in our decision making . . . If anyone wants to see what sexual relations are like, freed of contractual and social obligations, let him look at the chaos of the personal lives of members of the underclass . . . Here are . . . children who have children, in numbers unknown before the advent of chemical contraception and sex education; women abandoned by the father of their child a month before or a month after delivery; insensate jealousy, the reverse of the coin of general promiscuity, that results in the most hideous oppression and violence; serial step-fatherhood that leads to sexual and physical abuse of children on a mass scale; and every kind of loosening of the distinction between the sexually permissible and impermissible.”

The champions of sexual revolution promised a new dawn of human freedom and happiness. They were false prophets preaching a false gospel.

This is an extract from Dr. Sharon James’s upcoming book: ‘The Lies we are Told: The Truth we must Hold’.

Dr. Sharon James is a Social Policy Analyst at The Christian Institute