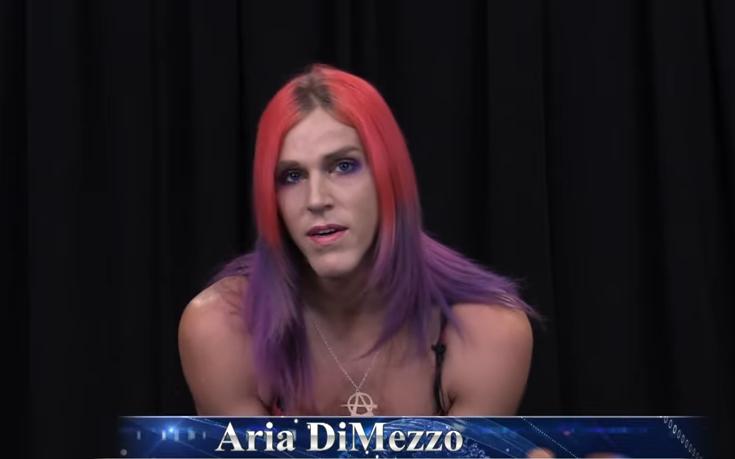 CHESHIRE COUNTY, N.H. — Voters in one New Hampshire county have nominated a Satanist man who identifies as a woman, who ran with the slogan “[Expletive] the police],” for the Republican candidate for sheriff. He will now face off against Democratic incumbent Eli Rivera, who endorsed homosexual candidate Pete Buttigieg for president.

“More than 4,000 people went into the voting booth on September 8 this week, and they all filled in the circle by my name despite knowing absolutely nothing about the person they were nominating to the most powerful law enforcement position in the county. That’s a level of recklessness of which any decent human being should be ashamed,” Aria DiMezzo wrote in a blog post on Friday following his Cheshire County win.

“Imagine the millions upon millions of votes being cast each year in abject, complete, and total ignorance of the people who are being voted for. … Look how clueless the average voter is!” he exclaimed.

According to reports, DiMezzo thought he was going to lose the primary to a write-in candidate but instead received 4,211 votes as he was running unopposed. Only a few hundred residents chose to do a write-in.

While DiMezzo received no backing from the local or state Republican Party prior to the election, the NH Journal reports that Cheshire County GOP Chair Marylin Huston congratulated DiMezzo afterward, stating, “He did very well with the primary and that was wonderful.”

DiMezzo favors doing away with criminal prosecution of illicit drug use, prostitution and illegal immigration. As stated, he also opposes the police. He previously ran for office in 2018 and only obtained three percent of the vote.

“Anarchist. Shemale. Tranny. Libertarian. ‘[Expletive] the police.’ Free Talk Live. Bitcoin. Reformed Satanic Church. Black Lives Matter. None of it is a secret. I couldn’t possibly have been more upfront about who I am or my position on things,” he wrote in his blog post on Friday.

“Did none of you pay attention to the election two years ago, when I criticized Eli Rivera for not going far enough with his sanctuary policy? Did none of you remember the six foot tall tranny who ran for sheriff and then city council?” DiMezzo continued. “You could have easily looked at a sample ballot prior to the election, and you could have simply looked up the candidates in a search engine.”

DiMezzo will now face off in November against incumbent Eli Rivera, who is seeking his fifth term in office. Rivera had endorsed homosexual presidential candidate Pete Buttigieg last October.

“I’m proud to support Pete Buttigieg for President of the United States,” he wrote in an op-ed published by the New Hampshire Union Leader. “With Pete, we have a chance to unite our country around our shared values and work together to overcome our most significant challenges. I want to look back and remember this election as the time we all came together to heal our country — before it was too late.”

Founding father Noah Webster, known for penning the American dictionary, once wrote in exhorting fellow Christians, “When you become entitled to exercise the right of voting for public officers, let it be impressed on your mind that God commands you to choose for rulers just men who will rule in the fear of God.”

“The preservation of government depends on the faithful discharge of this duty. If the citizens neglect their duty and place unprincipled men in office, the government will soon be corrupted. Laws will be made, not for the public good so much as for selfish or local purposes, corrupt or incompetent men will be appointed to execute the laws, the public revenues will be squandered on unworthy men, and the rights of the citizen will be violated or disregarded.”

“If government fails to secure public prosperity and happiness, it must be because the citizens neglect the Divine Commands and elect bad men to make and administer the laws.”