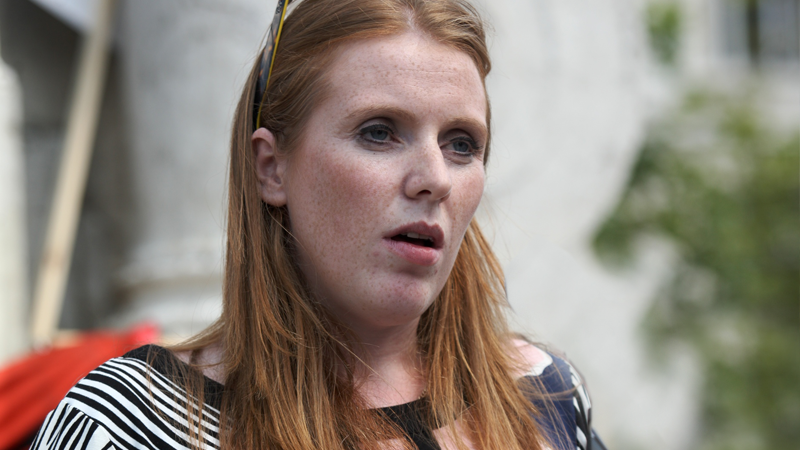 The Government recently opted not to introduce this new system in September after consulting on proposed changes to the Gender Recognition Act, but some MPs are already pushing to revive the plans.

In a recorded video message broadcast at lesbians, homosexuals, bisexuals, transgenders, and queer+ Labour’s annual general meeting, Rayner also signalled her backing for men and women to legally change sex without any kind of medical diagnosis.

In her speech, Labour’s Deputy Leader declared: “I want you to know that I am your ally, and I am proud to stand with you.”

She also said she was “proud” to have helped make the controversial Relationships and Sex Education lessons compulsory in schools, claiming it will enable society to “overcome prejudice and make sure that all our young people can be proud of who they are”.

Rayner added there is still “so much more work to do” and reaffirmed Labour’s support for making wholesale changes to the Gender Recognition Act.

“We need to see self-declaration for transgender people, and we need the full roll-out of lesbian, homosexual, bisexual, transgender, and queer+ inclusive education for all in our schools.”

The Women and Equalities Committee has now launched its own consultation on changing the Gender Recognition Act, proposing to remove the need for a person to be medically diagnosed with gender dysphoria before being permitted to ‘change sex’, lowering the age requirement from 18, and giving legal recognition to those who claim to identify as neither male nor female.

The Christian Institute’s Ciarán Kelly commented: “The Government spent two years analysing the thousands of responses to its consultation on making it easier to change legal sex. No sooner did it rule this out than the House of Commons Women and Equalities Committee launched its own consultation on the issue.

“As Christians, we must show grace and truth to transgender people. We must hold faithfully to the Word of God – showing compassion but not compromising. The way to help someone who believes they are the opposite sex is to gently help them accept reality. It is not loving to endorse their misconception.

“These radical proposals also threaten the safety and privacy of women and girls. There have been disturbing incidents in Canada and the U.S. of abusive men pretending to be women so they can go into ladies’ changing rooms or even women’s shelters. A self-declaration system makes this much easier.”

Use of puberty blocker drugs on kids to be reviewed

Ex-trans: ‘NHS should have challenged me over belief I was a boy’