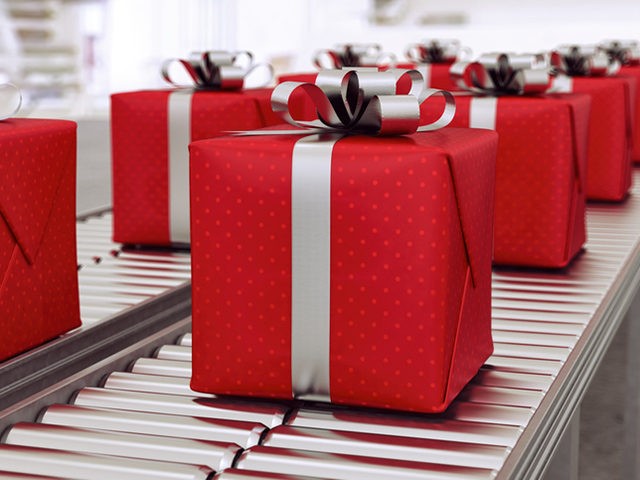 A Kansas middle school ended its participation in a Christmas toy donation program after an anti-Christian, out-of-state group threatened it with a lawsuit.

The Christian Post reported the Freedom From Religion Foundation (FFRF), based in Madison, Wisconsin, sent a letter to Tony Helfrich, superintendent of the Pratt Unified School District 382, demanding it stop participating in a program managed by Samaritan’s Purse in which students collect toys, toiletries, and other items in shoeboxes to be donated to impoverished children.

Liberty Middle School must “cease participation in Operation Christmas Child or taking any other actions promoting Christianity like including religious references over morning announcements,” the FFRF letter demanded, which cited an anonymous “concerned staff member.”

The anti-Christian group claimed there are “multiple constitutional violations” occurring within the school district. The group cited an allegation that a staff member communicated “their personal religious beliefs” to a student in an email.

According to the Christian Post, Helfrich responded to the threat by caving in.

“Regarding our students’ participation in ‘Operation Christmas Child,’ we are discontinuing that effort upon learning that its mission is more sectarian in nature than we realized,” Helfrich wrote.

He said he intended for his schools “to follow the constitutional principle of separation of church and state.”

FFRF co-president Annie Laurie Gaylor claimed credit for the school ending its participation in the program that helps other children.

“A lot of these groups rely on school authorities being ignorant about their mission,” Gaylor said. “We appreciate how swiftly the district discontinued the fundraising after our alert.”

The FFRF has a long history of threatening school districts and public institutions it deems are espousing Judeo-Christian values.

In 2013, a New Hampshire mother would recite prayers and Bible verses on the steps of Concord High School.

Rebecca Markert, a FFRF staff attorney, reportedly sent a letter to the Concord school district, asking for copies of “any meeting minutes or any documents which gave this woman permission to pray on school property,” the news report said.

The school district replied that there were no records of such a decision, because no decision was ever made beyond the principal’s office. Then district officials took the cowardly route and announced that the prayers would stop.

“To be fair to all the kids in the school, it is probably best for the principal to say that she shouldn’t be speaking out like this and proselytizing on school grounds,” Kassandra Ardinger, president of the school board, said. “The best mode of action was to tell her to cool it.”