Some good news in the news… 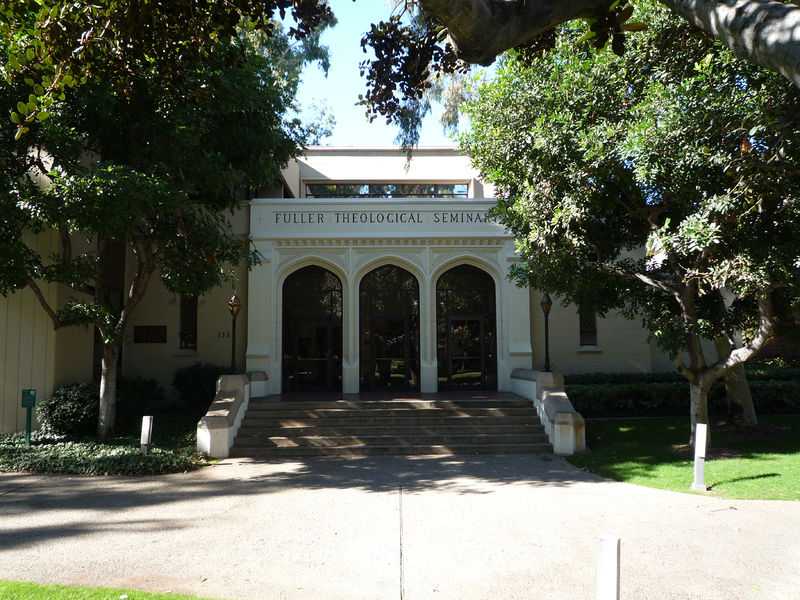 PASADENA, Calif. — A federal judge in California has dismissed a lawsuit against Fuller Theological Seminary (FTS), which had been sued by two students for allegedly violating Title IX of the federal Education Amendments as they were let go after they were found to be in same-sex “marriages.” She found that the educational institution is entitled to an exemption of federal civil rights law because it is a religious organization.

“A plain reading of [federal civil rights law] together with the Religious Organization Exemption [of Title IX] indicates that the prohibition of sexual discrimination provided by Section 1681 ‘shall not apply’ to an educational institution if it ‘is controlled by a religious organization’ and ‘application of this subsection would not be consistent with the religious tenets of such organization,’” wrote Judge Consuelo Marshall on Wednesday.

She noted that the seminary’s “Sexual Standards Policy limits its definition of marriage to a heterosexual union and prohibits extramarital sex.”

“FTS interpreted this policy to mean that same-sex marriages violate the religious tenets of the school. The court is not permitted to scrutinize the interpretation FTS gives to its religious beliefs,” Marshall outlined.

Therefore, as “the Title IX claim seeks to hold FTS liable for expelling Plaintiffs for entering same-sex marriages, which are contrary to the school’s religious tenets … the Religious Organization Exemption applies.”

Read the ruling in full here.

As previously reported, one of the plaintiffs in the case is Joanna Maxon, 54, of Fort Worth, Texas. Maxon was reportedly working toward her Master of Arts in Theology degree at the school when she received a letter advising that she would be dismissed due to revelations that she had been in a sexual relationship that violated the school’s standards.

According to reports, when Maxon applied to Fuller Theological Seminary in 2015, she was still married to her husband. She later divorced and went on to enter a relationship with a woman. The following year, she “married” Tonya Minton.

As Maxon later applied for financial aid, submitting a copy of her 2016 tax returns, it was noticed that she was in a same-sex “marriage.” She was advised that an investigation was subsequently being conducted but that she could write a letter to seminary dean Marianne Meye Thompson in her own defense.

NBC News reports that Maxon told Thompson that she had made “a financial, emotional, and legal commitment to the person I love.”

In response, Thompson pointed to the school’s standards on sexuality, outlining, “Whenever violations of our sexual standards are brought to Fuller’s leadership’s attention, we address them as dictated by our policies and procedures.” She then dismissed Maxon from the seminary.

Another student soon joined the lawsuit, Nathan Brittsan, who enrolled in online classes at the seminary in 2017 and requested a change to his last name just before the start of a new school year, which tipped off officials that he had “wed” another man.

Director of Admissions Max Wedel and Professor Kurt Frederickson then contacted Brittsan and urged him to withdraw his application. Mari Clements, the dean of the School of Psychology, soon sent Brittsan a Letter of Dismissal, outlining that he had been dismissed because his relationship violates Fuller’s policy on sexual standards.

An appeal was denied, and he consequently filed a complaint with the  U.S. Department of Education’s Office of Civil Rights.

The religious liberties group Becket applauded Marshall’s ruling, stating that it is a win for religious educational institutions as “houses of worship, and not government officials, should be deciding how to teach the next generation of religious leaders.”

“Personal persuasion, not government coercion, is how the First Amendment allows citizens to engage with religious beliefs they don’t like,” said attorney Daniel Blomberg in a statement. “This lawsuit threatened to impose a government straitjacket on all Americans, and it’s good for everyone that the court said no.”

As previously reported, while a common argument among those who struggle with feelings toward the same sex is that they were “born this way,” the Bible teaches that all are born with the Adamic sin nature (Romans 5:19), having various inherent feelings and inclinations that are contrary to the law of God and being utterly incapable of changing by themselves (Job 14:4).

All men, therefore, face the same predicament, being natural lawbreakers and guilty in the sight of God (Romans 3:19), evoking His wrath.

“[W]e all had our conversation in times past in the lusts of our flesh, fulfilling the desires of the flesh and of the mind, and were by nature the children of wrath, even as others,” Ephesians 2:3 outlines.

It is why Jesus came: to do what men could not do for themselves, to “save His people from their sins” (Matthew 1:21).

The Bible also teaches about regeneration, as in addition to sparing guilty men from eternal punishment, Christ sent his Holy Spirit to make those who would repent and believe new creatures in the here and now, with new desires and an ability to do what is pleasing in the sight of God by His indwelling and empowerment (Ezekiel 11:19, 2 Corinthians 5:17, Titus 3:5).

Scripture, in teaching on marital unions, only speaks in terms of a husband and wife, as it was the creation of God from the beginning (Mark 10:6-8). 1 Timothy 3:1-5 likewise explains that Church leaders are to be men and the “husband of one wife.”

“A bishop must be blameless, the husband of one wife, vigilant, sober, of good behavior, given to hospitality, apt to teach, not given to wine, no striker, not greedy of filthy lucre, but patient, not a brawler, not covetous,” it states. “One that ruleth well his own house, having his children in subjection with all gravity. For if a man know not how to rule his own house, how shall he take care of the church of God?”