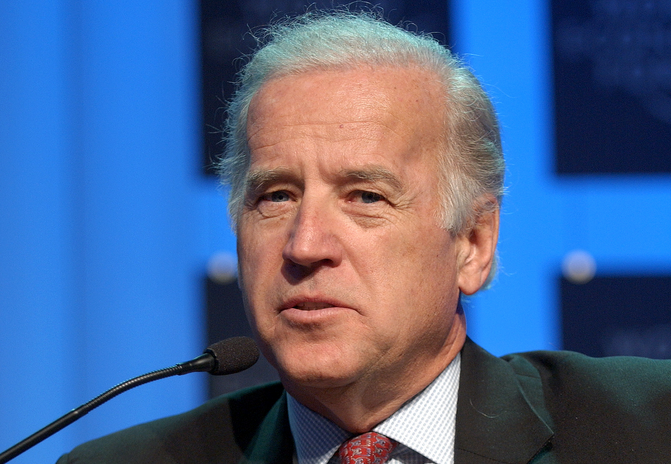 As he promised he would, on Wednesday pro-life President Donald Trump announced the names of an additional 20 men and women whom he would consider for the Supreme Court. At the same time he challenged his pro-abortion rival, former Vice President Joe Biden, to release his own list of potential nominees.

“My original list of potential justices include many of our nation’s brightest legal minds, such as Bill Pryor, Amy Coney Barrett, and Thomas Hardiman,” the President said yesterday. “Outstanding people.  Like those distinguished individuals, the 20 additions I am announcing today would be jurists in the mold of Justices Antonin Scalia, Clarence Thomas, and Samuel Alito.”

As of this writing, Biden has not offered a comparable list. He has, however, made a two-fold promise with respect to prospective nominees to the High Court. First, he pledged to appoint the first African American woman. Second—and critically—he vowed that his judicial nominees would “support the right of privacy, on which the entire notion of a woman’s right to choose is based.”

“President Trump’s expanded list of potential Supreme Court justices is laden with an impressive assembly of well-qualified men and women who would make outstanding additions to the Supreme Court, and who have demonstrated a commitment to defending the text and history of the Constitution and the principles of judicial restraint,” said NRL President Carol Tobias. “President Trump’s list stands in stark contrast with the judicial-legislation activists who would be nominated by Joe Biden.”

By contrast, an unhappy NARAL Pro-Choice America complained, “Unsurprisingly, Trump’s list is rife with anti-choice extremists and radical ideologues.” The irony here is even avid pro-abortion scribes such as Ian Millhiser  acknowledge (in a back-handed, snarky way) how talented President Trump’s judicial nominees are:

All of this is a reason for liberals to be more afraid of Trump’s judges — and potential justices — than if Trump were picking undistinguished hacks to fill the bench. Judges of great ability are far more likely to find innovative ways to reshape the law than incompetents and mediocrities.

Naturally, in its initial story, CNN followed the lead of pro-abortionists in arguing that President Trump was “politicizing” the judiciary by announced a list of possible nominees. (Including names already announced, the number is now over 30.)

Talk about seeing the speck in your brother’s eye and missing the plank in your own eye… Pro-abortion Democrats have floated an entire flotilla of proposals which are blatant attempts to politicize every phase of the judiciary. That begins with enlarging the number of justices—“court-packing,” as Millhiser acknowledged in another story.

Note. Back in March 2019, Biden’s vice presidential running mate would not rule out court-packing, according to POLITICO,

“We are on the verge of a crisis of confidence in the Supreme Court,” [Sen. Kamala] Harris (D-Calif.) said. “We have to take this challenge head on, and everything is on the table to do that.”

Expanding the Supreme Court would amount to a historic power play by the next Democratic president and Congress, requiring an intense legislative fight and the abandonment of many judicial and congressional norms.

As NRL News and NRL News Today reported many times, then candidate Donald’s Trump promise to appoint justices in the mold of Antonin Scalia was crucial to his victory in 2016. CNN asked voters on their way out of their polling place how important the Supreme Court was their vote.

CNN’s exit poll found that over one-fifth (21%) of all voters said appointments to the Supreme Court was the most important favor in their vote. They broke 56% for Trump to 41% for Clinton.

And in his remarks Wednesday, President Trump reminded us of what is again before the American people this fall:

Joe Biden has refused to release his list, perhaps because he knows the names are so extremely far left that they could never withstand public scrutiny or receive acceptance.

He must release a list of justices for people to properly make a decision as to how they will vote.  It is very important that he do so. ….

Unfortunately, there is a growing radical-left movement that rejects the principle of equal treatment under law. If this extreme movement is granted a majority on the Supreme Court, it will fundamentally transform America without a single vote of Congress.