Jesus was a leftist? 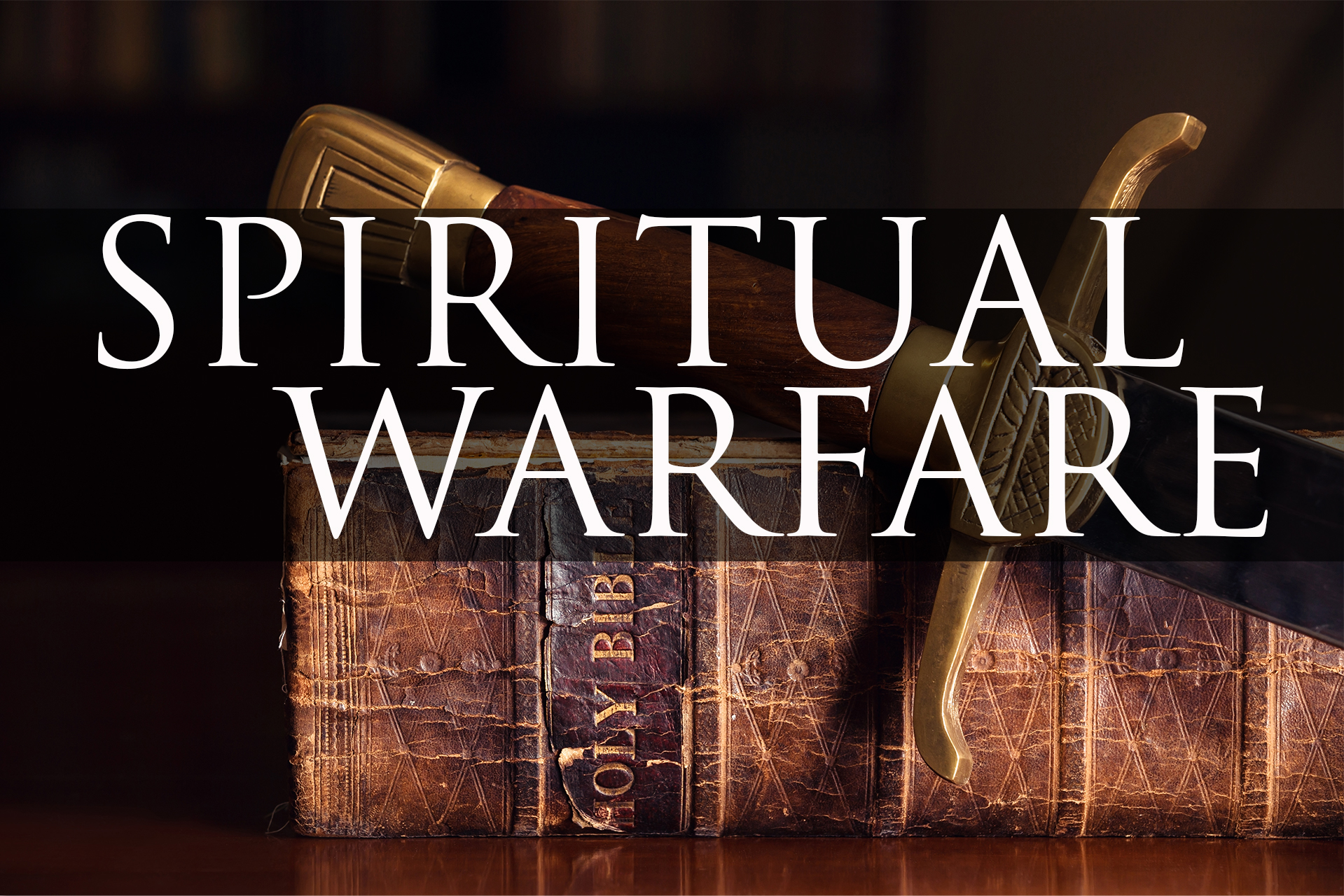 Anyone imagining, professing that the Lord Jesus Christ was a leftist or a conservative do not know the Scriptures. Do not know that Jesus is truly God. They vainly, ignorantly refuse to acknowledge that while Jesus, who is God, came to this earth fully man, while also being fully God — and unlike any person ever. Ever. He is not like any person ever. He is not like us and we need to immediately cease thinking He is like us and can be defined in human terms, human ideologies and it’s long overdue rather than reducing Jesus we elevate ourselves to Him. Not lower Him to our base, sinful, purely human, and ungodly ways.

Every person — every person is sinful flesh, Jesus is spotless. Blameless. Without so much as one sin. Ever.

Jesus is neither leftist nor conservative and today ought to be the day, if you do not understand this or see it, you come out of the fog and into the light of the truth just as to Who and what the Lord Jesus Christ is.

To even enter into a debate or even the thought that Jesus is leftist or conservative is to listen to the beguiling and seductive voice of Satan within, and sin, and has no basis or foundation in Scripture or in the truth of Who and what the Lord Jesus Christ is — and ought to be in each person’s life.

To engage in such discussion or thought diminishing Christ is to be an ally on the wrong side, the losing side, the evil side in this ongoing and ever-escalating spiritual war. Do not succumb. Do not lower yourself or ever reduce the Lord.

And those who place those things above heavenly and spiritual things, or somehow foolishly imagine there is an America, or American’s or political ideologies in heaven might not ever be able to discover this truth should they continue on the path they are on…

Jesus was a leftist?

I enjoy talking politics about as much as I enjoy licking an ashtray, which is to say I avoid it at all costs. Occasionally, however, something is said to you as a Christian that mixes politics with theology and you have no choice but to engage.

Such was the case when I was conversing with someone a while back who suddenly said to me that Jesus was a leftist. They went on to try and defend their position by saying Jesus was a rebel, a fighter for the common person, and someone who bucked the system.

While there’s no doubt Christ embraced those who were outcasts in His ancient near eastern culture and spoke strongly against the hypocritical religious framework constructed by the Jewish elite, equating those things with historical and current leftism is, how shall I put this, nuts. It reminds me of the famous statement made by physicist Wolfgang Pauli who said, when handed a bad paper from a student, “This is not right. It is so not right, it is not even wrong.”

Let’s look at just a few of the bare-boned differences between Jesus and the left, and why Scripture said prophetically (and just a little bit amusingly) thousands of years ago, “The foolish person’s heart directs him toward the left” (Ecc. 10:2).

I doubt that I have to provide evidence for the truth claim that Jesus taught everyone to revere, honor, fear, and put God first in their life. If evidence is required, a quick read of what is normally called the Lord’s prayer (Matt. 6:9-13) should do the trick.

The position on God taken by atheist leaders of the historic left are diametrically opposed to Christ’s. Perusing Karl Marx’s feelings on Christianity or reading Denis Diderot’s statement,  “Men will never be free until the last king is strangled with the entrails of the last priest” are just tip-of-the-iceberg examples of a movement that despises God and His authority.

The left’s opinion of the Bible is much different. One of the left’s godfathers, Voltaire, and his lover (Émilie du Châtelet), concluded their formal examination of the Bible by saying it was nonsense. They called Jesus’ Sermon on the Mount “trite, ridiculous, absurd” and His resurrection “comedy”.

You won’t get much better from today’s leftists; the only verse they have committed to memory (and fail to fully understand) is: “Do not judge” (Matt. 7:1).

In stark contrast, the left practices the philosophy of post-truth. Post-truth adherents view facts as irrelevant or less important than individual beliefs, opinions, political agendas, social causes, and emotional appeals when it comes to considering a truth claim. For them, this becomes easy once God and the idea of any transcendent / absolute truth is kicked to the curb.

“Blessed are the peacemakers, for they will be called sons of God” (Matt. 5:9), said Jesus. The Prince of peace (Is. 9:6) never directed His disciples to act violently towards those who disagreed with His teachings.[1]

But the left is a movement born out of violence; it is stamped into their DNA and historically verifiable with stark examples like the French revolution, which Ann Coulter describes with dark humor as “come for the beheadings, stay for the rapes”. A more current illustration is last year’s violent riots that occurred in the U.S., carried out by the left, which resulted, according to the Insurance Information Institute, in “catastrophic levels of damage” and became the costliest in American history.

“Then Peter came up and said to Him, “Lord, how many times shall my brother sin against me and I still forgive him? Up to seven times?” Jesus said to him, “I do not say to you, up to seven times, but up to seventy-seven times” (Matt. 18:21-22). Because God forgives us in the extreme, Christ commanded the same for us when it comes to others, even saying “love your enemies” (Matt. 5:44) and telling us not to cast stones at others unless we’re without sin ourselves (John 8:7).

Not so with the left. The left hates their enemies (see their recent rejoicing over the death of Rush Limbaugh) and will search furiously, going back multiple decades in the past if they have to, for any perceived infraction of their code. If one is found, they reach for their cancel culture pile of stones and demand permanent, public blood in the form of loss of reputation, job, business, etc. No one is safe from their universal solvent of hate and unforgiveness, which they will quickly pour on even their own should some poor leftist soul say or do the wrong thing.

“Then Pilate said to the chief priests and the crowds, “I find no guilt in this man”” (Luke 23:4). No matter how hard His enemies tried to smear Him, Jesus remained the epitome of virtue and was blameless, having fully practiced what He preached.

But the left? While the leftist social justice warriors work themselves into a frenzy trying to out virtue signal each other, they prove themselves to be hypocritical and mirror the type of person Jesus referred to as a “whitewashed tomb” (Matt. 23:27). Psychiatrist M. Scott Peck describes their behavior this way: “The words ‘image’, ‘appearance’, and ‘outwardly’ are crucial to understanding [their] morality…. While they seem to lack any motivation to be good, they intensely desire to appear good. Their ‘goodness’ is on a level of pretense. It is, in effect, a lie. This is why they are the ‘people of the lie’.”[2]

Jesus said, “The greatest of you shall be your servant” (Matt. 23:11). Not only did Jesus teach servanthood, but He modeled it constantly throughout His life on earth, saying “I am among you as the one who serves.” (Luke 22:27).

The left has no interest in serving, but rather in being served as those who are in power. This, again, comes naturally from their origins. The French Revolution of 1789, for example, pursued absolute power and a secularism that included a mob-driven and forceful de-Christianization campaign. Noting this and many sad other examples throughout the past, historian R. J. Rummel, in his book Death by Government, says: “It is though our species has been devastated by a modern Black Plague. And indeed it has, but a plague of Power, not germs.”

So, is Jesus a conservative?

Although plenty of other contrasts can be made, we can clearly see that Jesus is no leftist. But is He instead a conservative; a person on the right?

We need to remember that Jesus is God and as such is transcendent over His creation. He warns us not to make the mistake of confusing us with Him when He says, “You thought that I was just like you” (Ps. 50:21).

Jesus is neither left nor right-wing because He resides in a holy class by Himself. Given that truth, it appears that the best thing to do, where Christ is concerned, is to stop trying to make Him part of us and instead be much more focused on having Jesus make us one of His.

[1] When Jesus said, “Do not think that I came to bring peace on the earth; I did not come to bring peace, but a sword” (Matt. 10:34), it was not a message of condoning violence, but rather an admission of the reality that the gospel message sometimes brings to families in the form of division.