Jesus has risen! 10 Bible verses on the power of the resurrection 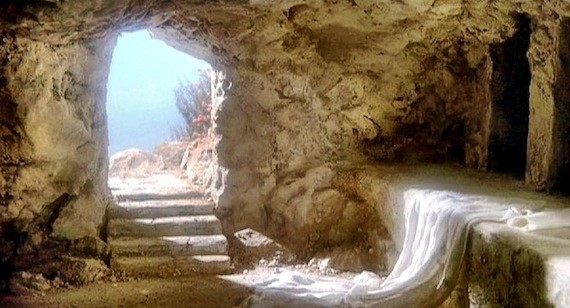 Jesus has risen! 10 Bible verses on the power of the resurrection

1 Corinthians 15 — English Standard Version was added by Ken Pullen, the administrator of A Crooked Path, and did not appear in the original article from The Christian Post

At Easter, we celebrate Jesus rising from the dead; a central part of the Christian faith. Without it, the apostle Paul said belief in Jesus would be futile. In his resurrection, Christ defeated death; he removed our sins from us, enabling us to be born again into a living hope.

This was not a spontaneous move of God. Our redemption was long-planned, foretold by the prophets of the Old Testament.

All these truths are directly taken from the Word of God as recorded in the Bible. Here are 10 Bible verses that draw our attention afresh to the power of the resurrection:

Isaiah 25.8: “He will swallow up death in victory; and the Lord God will wipe away tears from off all faces.”

Isaiah 53.5: “But he was wounded for our transgressions; he was crushed for our iniquities; on him was the chastisement that brought us peace, and by his stripes we are healed.”

John 11.25-26: “I am the resurrection and the life. Whoever believes in me, though he die, yet shall he live, and everyone who lives and believes in me shall never die. Do you believe this?”

1 Peter 1.3: “According to his great mercy, he has caused us to be born again to a living hope through the resurrection of Jesus Christ from the dead.”

Romans 6.4: “…just as Christ was raised from the dead by the glory of the Father, we too might walk in newness of life.”

1 Corinthians 6.14: “God raised the Lord and will also raise us up by his power.”

Romans 8.34: “Who is to condemn? Christ Jesus is the one who died – more than that, who was raised – who is at the right hand of God, who indeed is interceding for us.”

1 Corinthians 15.17: “If Christ has not been raised, your faith is futile and you are still in your sins.”

The Resurrection of Christ

For I delivered to you as of first importance what I also received: that Christ died for our sins in accordance with the Scriptures, that he was buried, that he was raised on the third day in accordance with the Scriptures, and that he appeared to Cephas, then to the twelve. Then he appeared to more than five hundred brothers at one time, most of whom are still alive, though some have fallen asleep. Then he appeared to James, then to all the apostles. Last of all, as to one untimely born, he appeared also to me. For I am the least of the apostles, unworthy to be called an apostle, because I persecuted the church of God. But by the grace of God I am what I am, and his grace toward me was not in vain. On the contrary, I worked harder than any of them, though it was not I, but the grace of God that is with me. Whether then it was I or they, so we preach and so you believed.

The Resurrection of the Dead

Otherwise, what do people mean by being baptized on behalf of the dead? If the dead are not raised at all, why are people baptized on their behalf? Why are we in danger every hour? I protest, brothers, by my pride in you, which I have in Christ Jesus our Lord, I die every day! What do I gain if, humanly speaking, I fought with beasts at Ephesus? If the dead are not raised, “Let us eat and drink, for tomorrow we die.” Do not be deceived: “Bad company ruins good morals.”d Wake up from your drunken stupor, as is right, and do not go on sinning. For some have no knowledge of God. I say this to your shame.

So is it with the resurrection of the dead. What is sown is perishable; what is raised is imperishable. It is sown in dishonor; it is raised in glory. It is sown in weakness; it is raised in power. It is sown a natural body; it is raised a spiritual body. If there is a natural body, there is also a spiritual body. Thus it is written, “The first man Adam became a living being”;e the last Adam became a life-giving spirit. But it is not the spiritual that is first but the natural, and then the spiritual. The first man was from the earth, a man of dust; the second man is from heaven. As was the man of dust, so also are those who are of the dust, and as is the man of heaven, so also are those who are of heaven. Just as we have borne the image of the man of dust, we shallf also bear the image of the man of heaven.

The sting of death is sin, and the power of sin is the law. But thanks be to God, who gives us the victory through our Lord Jesus Christ.

Therefore, my beloved brothers, be steadfast, immovable, always abounding in the work of the Lord, knowing that in the Lord your labor is not in vain.