Israel Faces a Serious Escalation in its Proxy War with Iran 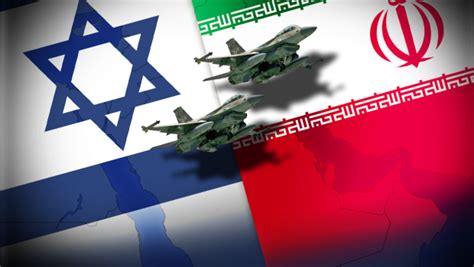 Israel Faces a Serious Escalation in its Proxy War with Iran

The recent confirmation by US military officials that Israeli warplanes were responsible for the recent attack on an Iranian military base in Iraq demonstrates the alarming extent to which the so-called proxy war between Tehran and Jerusalem has escalated in recent weeks.

According to senior Israeli security sources, spoken to on an off-the-record basis, the base in the northern Iraqi province of Salaheddin was targeted because they believed it was being used to assemble Iranian-made medium-range missiles with the capability to hit targets in Israel.

The threat was deemed so important that senior Israeli officers decided to launch a daring bombing raid that required F-35 stealth warplanes to penetrate Saudi airspace to achieve their objective. It is unclear whether the Saudis, who oppose Iranian meddling in Iraq but do not have diplomatic relations with Israel, gave permission for the Israeli warplanes to enter their airspace.

The attack, which took place on July 19, on the base run a group of local Shia militias known collectively as the Popular Mobilisation Forces, which are sponsored by Iran, is said to have resulted in the deaths of two Islamic Revolutionary Guard Corps (IRGC) commanders, as well as several fighters from the Iranian-backed Hizbollah militia.

To date, there has been no official confirmation from Jerusalem that Israel was responsible for the attack, although Israeli Prime Minister Benjamin Netanyahu, who is in the midst of campaigning for re-election in next month’s poll, has dropped heavy hints that the Israeli military was responsible for the raid. As speculation mounted about Israel’s involvement in the raid, the Israeli premier was reported telling a planning meeting in Jerusalem earlier this week, “We will deepen our roots and strike at our enemies. ”

Now, the extent of Israeli involvement has been confirmed by the US, which has 5,000 troops based in Iraq, after military officials said Israel was responsible for carrying out the raid.

This is the first time that Israeli warplanes have attacked targets in Iraq since the famous Operation Babylon bombing raid in 1981 against the Osirak nuclear reactor being built by Iraqi dictator Saddam Hussein as part of his drive to acquire nuclear weapons.

The fact that Israel has found it necessary to attack targets so far from its traditional area of military operations close to its immediate borders is indicative of the alarming escalation that has taken place in recent months in the threat Iran poses to Israeli security.

Furthermore, it comes at a time when Israel is undertaking military operations on numerous fronts to tackle the Iranian threat. Earlier this week, in Lebanon, an Israeli drone was reported to have bombed a Palestinian base that is said to be funded by Iran. Israeli warplanes were also reported to have bombed Iranian military bases on the outskirts of the Syrian capital Damascus.

The recent increase in Israeli military activity reflects the lengths to which the Jewish state is prepared to go to defend itself against the increasingly potent threat Iran poses to the security of its citizens.

It also somewhat undermines the suggestion made at the G7 summit in Biarritz earlier this week that Iran is involved in secret talks to re-enter negotiations over its controversial nuclear deal.

Speculation that there could be a diplomatic breakthrough in the acrimonious stand-off between Washington and Tehran was based on the surprise appearance of Iranian Foreign Minister Mohammad Javad Zarif at the French resort, apparently at the invitation of French President Emmanuel Macron, the summit’s host.

This prompted Donald Trump to suggest that he was prepared to meet with his Iranian counterpart, President Hassan Rouhani, if the circumstances were right.

Any genuine prospect, though, of such a meeting taking place, was quickly quashed after the Iranian leader said it could only happen if Washington ended its punitive sanctions regime against his country, a precondition no one in the Trump administration is likely to countenance.

The very idea of Washington sitting down with the Iranians at a time when it is continuing to threaten the security of its closest Middle Eastern ally would be unconscionable.

The reality is that there can be no meaningful dialogue between Washington and Tehran on a future deal so long as Iran remains committed to its long-standing policy of seeking the wholesale destruction of the Jewish state.

Con Coughlin is the Daily Telegraph‘s Defence and Foreign Affairs Editor and a Distinguished Senior Fellow at Gatestone Institute.