Instructing Children in a Culture Hostile to God 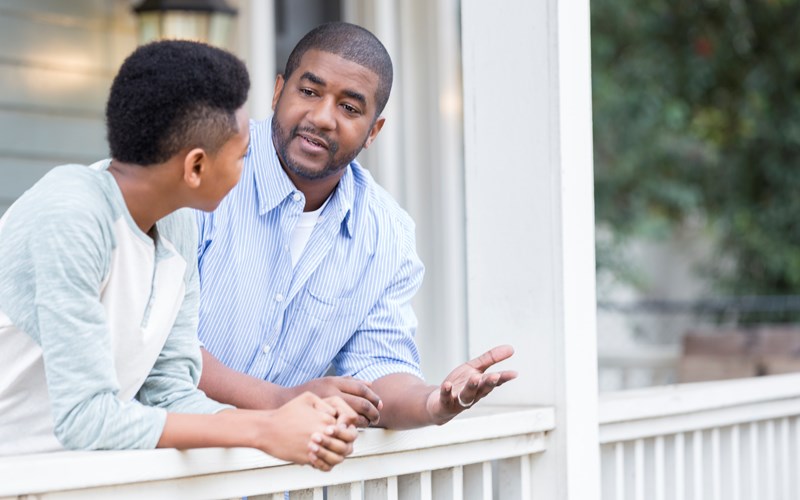 Instructing Children in a Culture Hostile to God

Our children need guidance in navigating life in a society that is increasingly antagonistic to God.

Jeremiah was a prophet that God spoke through for over 40 years. When I think of Daniel and his friends I believe that their parents were the ones who listened to the prophet Jeremiah based on the fruit produced in them.

It seems that Scripture indicates that Daniel and his friends’ parents were killed as Nebuchadnezzar laid siege to Judah.

The king of Babylon slaughtered the sons of Zedekiah before his eyes, and he also slaughtered all the princes of Judah in Riblah (Jeremiah 52:10 NASB1995).

Then the king ordered Ashpenaz, the chief of his officials, to bring in some of the sons of Israel, including some of the royal family and of the nobles, youths in whom was no defect, who were good-looking, showing intelligence in every branch of wisdom, endowed with understanding and discerning knowledge, and who had ability for serving in the king’s court; and he ordered him to teach them the literature and language of the Chaldeans (Daniel 1:3-4 NASB1995).

So it’s obvious that these young boys were trained to live in Babylon but not become of Babylon.

So I was thinking what would I want to impress upon my children as I look at a modern-day Babylon on the horizon? What must Daniel and his friends’ parents have taught them?

Then the king ordered Ashpenaz, the chief of his officials, to bring in some of the sons of Israel, including some of the royal family and of the nobles, youths in whom was no defect, who were good-looking, showing intelligence in every branch of wisdom, endowed with understanding and discerning knowledge, and who had ability for serving in the king’s court; and he ordered him to teach them the literature and language of the Chaldeans (Daniel 1:3-4 NASB1995).

I would say do your best in school. Be smart. Learn and get your education. Give God your minds and love Him with your minds.

Don’t be afraid to learn practical things, things that will advance you in this life. See how your mind given over to God is a great tool in God’s hand.

When I think of someone loving God with their mind I think of George Washington Carver.

“George Washington Carver believed that Providence guided his scientific investigations and that those investigations led to a better understanding of God and His handiwork” (God’s Little Workshop).

The ability to discern the infinite in both the animate and inanimate objects of his very finite world was one of Carver’s unique hallmarks. In an age where scientists viewed science and religion as mutually exclusive, Carver stood out for his insistence that science provides proof of God’s existence. He was fond of paraphrasing the eighth chapter, 32nd verse of the Gospel of John, “And ye shall know the truth and the truth shall make you free,” as, “And you shall know science and science shall set you free because science is truth.” Or, more simply, “Science is simply the truth about anything.”

Carver’s chemistry laboratory at Alabama’s Tuskegee Institute, where he investigated the chemical properties and economic possibilities of peanuts, pecans, clay, soybeans, sweet potatoes, and other substances, was filled with vials, bottles, and insect, plant, mushroom, and flower collections. He often referred to his lab as “God’s little workshop.” He did not consider himself a scientific genius – that is, he did not take credit for discovering products. Instead, he considered himself a conduit for divine inspiration and revelation:

“[I] ask the Great Creator…to permit me to speak to Him through the three great Kingdoms of the world, which He has created, viz. – the animal, mineral, and vegetable Kingdoms.”

Nor was Carver reticent about how he worked. In 1924, he spoke to an audience at a church in New York City, saying “I never have to grope for methods: the method is revealed at the moment I am inspired to create something new.” The New York Times, strongly disagreeing with Carver’s juxtaposition of science and divine influence, published an editorial claiming that Carver’s comments revealed a “complete lack of the scientific spirit.”

If “scientific spirit” means excluding God from the investigation of His own creation, then, in that skewed sense, the Times was right. For Carver plainly considered God and science inseparable. He once wrote, “I am not interested in science or any thing else that leaves God out of it.” The Times, and many contemporary fellow scientists, simply could not understand a man who made statements such as, “I love to think of Nature as wireless telegraph stations through which God speaks to us every day, every hour, and every moment of our lives.”

Daniel and his friends prayed – when Nebuchadnezzar said he would kill all the wise men in the land if none could tell him his dream and interpret it – Daniel got with his friends and they sought the Lord (Daniel 2).

“For what reason is the decree from the king so urgent?” Then Arioch informed Daniel about the matter. So Daniel went in and requested of the king that he would give him time, in order that he might declare the interpretation to the king. Then Daniel went to his house and informed his friends, Hananiah, Mishael and Azariah, about the matter, so that they might request compassion from the God of heaven concerning this mystery, so that Daniel and his friends would not be destroyed with the rest of the wise men of Babylon (Daniel 2:15-18 NASB1995).

If anyone thinks himself to be religious, and yet does not bridle his tongue but deceives his own heart, this man’s religion is worthless. Pure and undefiled religion in the sight of our God and Father is this: to visit orphans and widows in their distress, and to keep oneself unstained by the world (James 1:26-27 NASB1995).

We have to make sure that our children are ready to stand in a culture that’s hostile to their beliefs and will fight and apply pressure to make them conform in every way imaginable.

The Christian Family — Part 2: (Video) A Sermon by Alistair Begg

Alistair Begg on the Importance of Prayer in Today’s World