In Ireland, Babies are Being Born Alive After Abortion and Left to Die 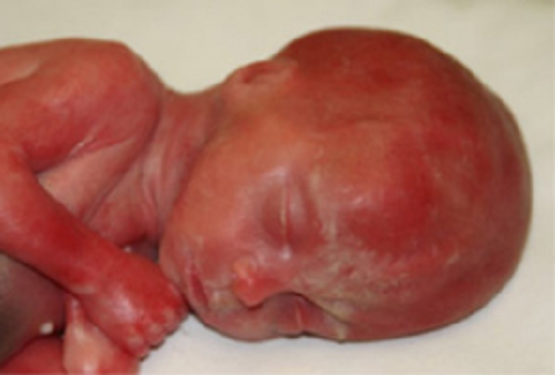 What a sick, vile, disgusting, evil, and sinful world!

Out of sight out of mind? Too busy in self-indulgences and preoccupation in constant pursuits to bear in mind daily the evil men and women do on this earth?

The tens of millions of premeditated murders deemed acceptable because men and women make a law? A law against nature, against God, against morality, against all that is right and rational. All for selfishness. All to satiate sin and evil and self!

And people wonder why terrible things happen on this earth? The sins of men and women bring about the pains, the consequences, the suffering! By their evil thoughts and deeds.

It is murder! Premediated blatant murder!

God sees and knows all. Each man, woman, doctor, nurse, administrator, elected and appointed official, every judge, every person in every vile organization supporting these premeditated murders of defenseless human children.

The angels in heaven, the heavenly hosts are comforting, holding cherishing every single human child murdered by the hands and the cold, dead black hearts that killed them while they were alive in the womb, or born full-term and left to die!

What a despicable, sick, evil world this is!

And we imagine the Romans, the Vandals, other past cultures, the Babylonians, so on more evil than us?

Really? Are you kidding? Are you paying attention!?

In Ireland, Babies are Being Born Alive After Abortion and Left to Die

Babies in Ireland may be surviving late-term abortions and being abandoned to die under the nation’s new abortion law, according to a new study.

Published in the journal BJOG: An International Journal of Obstetrics and Gynaecology, the study provides a horrific glimpse at how unborn babies are being legally aborted in Ireland.

“In Ireland, several babies have already been born alive after abortion and left to die, admits a new study,” David Quinn, director of The Iona Institute, wrote Tuesday on Twitter. “This will cause absolutely no controversy, no heart-rending national debate, no questioning of what we have wrought.”

Ireland voted to repeal its Eighth Amendment, which granted unborn babies a right to life, in 2018. By the end of 2019, 6,666 unborn babies had been legally aborted in the country. The law allows abortions for any reason up to 12 weeks and without restriction in cases of fatal fetal anomalies.

The study included interviews with 10 Irish doctors who do late-term abortions on unborn babies diagnosed with fetal anomalies. Several described their work as “brutal” and “killing” with one admitting to “stabbing the baby in the heart.” They also expressed concerns about babies surviving abortions and uncertainty about who is supposed to care for the babies when they do.

According to The Iona Institute:

Horrendously they admit that sometimes when these babies are aborted by delivery rather than killing them while they are still in the womb (feticide), they can survive.

As the report puts it: “This generated concern for the FMSs (Fetal Medicine Specialists) as they are ‘unclear as to who will look after these babies’ if a baby is born alive following TOP (Termination of Pregnancy) by induction of labour and without feticide, resulting in them ‘begging people to help’ them in providing palliative care”.

Some of the doctors expressed concerns about being sued if a baby would live outside the womb longer than they predicted. Ireland allows late-term abortions if two doctors agree that the unborn baby’s diagnosis is “likely to lead to the death” of the unborn baby either before birth or within the first 28 days of his/her life outside the womb. According to Irish health statistics, 100 babies were aborted in 2019 because of a fetal anomaly.

“None of us want to be in a situation where we thought, ah sure deliver and then the baby is alive six weeks later and there’s all the issues that go with that,” one doctor told researchers.

Late-term abortions typically are performed by injecting potassium chloride into the unborn baby’s heart to stop it. Then, labor is induced and the mother delivers her baby’s dead body.

“The paper suggests that some babies will survive abortion in Ireland, and will be left to die. Palliative care might be given, but no effort will be made to save the child. This is utterly monstrous,” David Mullins and Niamh Uí Bhriain of Life Institute responded at Gript.

It is worth recalling at this point that when the issue of children being born alive following an abortion was put to [Irish Minister of Health] Simon Harris in 2017, he dismissed the idea as ‘scaremongering.’ Worse still, when Deputy Danny Healy-Rae informed the Committee on the Eighth that he had met abortion survivor Melissa Ohden, Fine Gael’s Kate O’Connell (no longer a TD) snidely responded: “She remembered it well, did she?”

Babies do survive abortion, and there is evidence of their survival from all across the world. In America, most states do not keep track of abortion survivors, but a few do. Between 2016 and 2018, three states reported 40 babies were born alive after botched abortions. According to the state health data, 11 babies were born alive in Minnesota, 10 in Arizona, and 19 in Florida.

Statistics from the Centers for Disease Control, as well as the personal testimonies of nurses and abortion survivors themselves, also provide evidence that babies survive abortions. According to the CDC, at least 143 babies were born alive after botched abortions between 2003 and 2014 in the U.S., though there likely are more.

In Canada, the Canadian Institute of Health Information recorded 766 late-term, live-birth abortions over a five-year period in 2018. And in Australia, the country’s health minister admitted that 27 babies survived abortions in the state of Western Australia between 1999 and 2016.

Quinn wondered if Irish voters understood that such horrors would be possible when they voted to repeal the Eighth Amendment in 2018.

“But did the public really know it would be like this? What would they think if the curtain was properly pulled back and they could see the awful reality of our abortion law?” he questioned. “This should shock the conscience of the nation. It shows the brutal and brutalizing reality of abortion. The doctors involved cannot hide away from the terrible fact that they kill fellow human beings.”