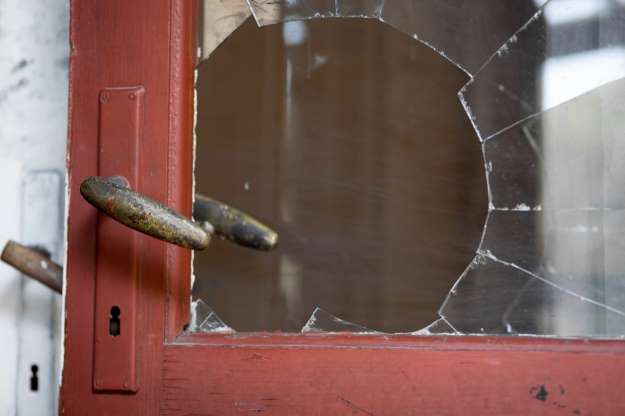 The Banner of Truth Magazine

In his recent book, Maturity, Growing Up and Going On in the Christian Life, Sinclair Ferguson reflects on the lives of two of Jesus’ disciples, Simon Peter and Judas Iscariot. He makes the observation that to onlookers it would have been difficult to tell the differences between them. Peter denied Jesus, three times and with curses, while Judas betrayed Jesus. Judas was filled with remorse. He openly acknowledged that he had “sinned by betraying innocent blood” (Matthew 27:4). Peter likewise was filled with remorse and “wept bitterly” (Matthew 26:75). On the outside both men looked very alike, but on the inside one was apostate (Judas) and one was an immature believer (Peter). both men, as Ferguson puts it, “had drifted into dangerous waters” (page 30). Both had failed to take to heart Jesus’ warning to “watch and pray” because the “spirit indeed is willing, but the flesh is weak” (Matthew 26:41).

There was, however, a vast gulf between Peter and Judas. The vast gulf was shown in Peter’s repentance and restoration and Judas’ self-centered remorse and subsequent suicide.

The Bible never wearies of telling us that the best of believers not only sin but can sin badly. There are many reasons why Christians sin. One significant reason is the one Jesus highlights to his disciples, the danger of spiritual complacency. Why did Jesus plead with his disciples to watch and pray that they might not enter into temptation? Because, as he went on to tell them, “The spirit indeed is willing, but the flesh is weak.” Christians are never as strong as they think they are. We are never as far along the way of Christ as we imagine ourselves to be. Only too easily we can become spiritually complacent and suddenly find ourselves overtaken by sin.

The most graphic example of this is found in the life of King David. The sad and tragic episode is told in the most unsettling detail in 2 Samuel 11. The key to the chapter lies in the opening verse. The writer skillfully and none too subtly introduces David’s descent into adultery and murder with the words, “In the spring of the year, the time when kings go out to battle, David sent Joab, and his servants with him, and all Israel. And they ravaged the Ammonites and besieged Rabbah. But David remained at Jerusalem” (verse 1). David’s fall into the most horrible of sins occurred when he was not where he should have been. instead of sending Joab and his servants, he should have been with them, leading them. There is little doubt we are being invited to reflect on the indulgent complacency that lay at the heart of David’s reckless plunge into the moral and spiritual darkness. When the well-aimed temptation arrived from the evil one, David was unprepared to meet it, resist it, and kill it. In a moment, the “fiery dart of the devil” pierced his defenses and plunged him into a maelstrom of personal, familial and covenantal misery.

Complacency is most often the fruit of success. Life has been going well. Perhaps God has used us to bring people to trust Christ or to help build them up in the faith. Perhaps, if we are pastors, our preaching and praying has ministered deeply to our congregation and we are regularly told it is so. Perhaps we have been blessed in our marriage, our wife is sweet, our husband is kind and caring, our children are walking with the Lord. But our blessings become the means of our stumbling. The good things of God have made us spiritually complacent. We don’t pray as we once did. Our Bible reading is less regular than it once was. We are not filled with wonder, love, and praise as we remember every day the Lord’s grace and kindness to us in Christ. Long before we fall into grievous sin, our hearts have begun to grow cold. Outwardly we do what we have always done, but inwardly we have “forsaken our first love” (the love we had at the first). Spiritual complacency is deadly.

What antidotes to this deadly spiritual disease are given to us in God’s word? Let me highlight two. First, the grace of humility. When Augustine was asked what the three great Christian graces were, he replied, “Humilitas, humilitas, humilitas.” Humility is, as one writer puts it, “the disposition of honest recognition.” Humility is the frame of heart and mind that recognizes that every blessing enjoyed and every good thing done is due to God’s undeserved kindness and mercy. Humility understands that

Every virtue we possess,

And every victory won,

And every thought of holiness,

A humble man does not think more highly of himself than he ought to think because he knows he is “the chief of sinners,” “less than the least of all the saints.” The grace of humility is barren soil for the growth of complacency.

Second, the fellowship of the saints. Too often in evangelicalism we have elevated the individual at the expense of the community. We conceive of salvation individualistically rather than corporately. I do not mean that salvation is not individual; it absolutely is. We must personally turn to God in Christ in repentance and faith. But the bible is insistent that the Christian life is lived corporately, in communion with other believers. All the New Testament pictures of the church are corporate: the church is the body of Christ, the family of God, the temple of the Holy Spirit. We only grow up into Christ when we do so in fellowship “with all the saints” (Ephesians 3:18).

And he gave the apostles, the prophets, the evangelists, the shepherds and teachers, to equip the saints for the work of ministry, for building up the body of Christ, until we all attain to the unity of the faith and of the knowledge of the Son of God, to mature manhood, to the measure of the stature of the fullness of Christ, so that we may no longer be children, tossed to and fro by the waves and carried about by every wind of doctrine, by human cunning, by craftiness in deceitful schemes. Rather, speaking the truth in love, we are to grow up in every way into him who is the head, into Christ, from whom the whole body, joined and held together by every joint with which it is equipped, when each part is working properly, makes the body grow so that it builds itself up in love.

Among other things, Paul is impressing on us that healthy spiritual growth is tied to our belonging to and engaging with “the whole body” of believers. Growth in grace is organic not atomistic. The deadly disease of spiritual complacency is nourished in lives that distance themselves, in body or in spirit, from the healthy environment of Christ’s church family.

The Christian world is littered with the tragic examples of men who drifted into sin and became apostate. Apostasy rarely happens overnight. It is the climax of a life that has become dislocated from gospel humility and gospel fellowship. It is little wonder our Lord Jesus Christ said, “Watch and pray lest you enter into temptation.” Temptation can be very powerful and in ourselves we are weak. We need to take our Saviour’s cautionary command to heart lest we drift away from so great a salvation.