If God Says ‘No More’ to America 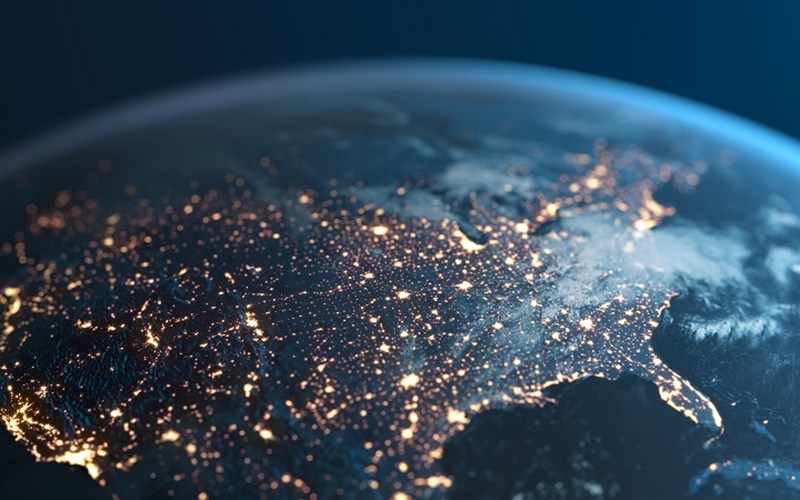 If My People Pray…

“…if my people who are called by my name humble themselves, and pray and seek my face and turn from their wicked ways, then I will hear from heaven and will forgive their sin and heal their land.”

What God Almighty in appearing to Solomon said to Solomon upon his completing the Temple.

If God Says ‘No More’ to America

America, once known as the city on a hill, is losing her brightness: Christian obedience (Matthew 5:14) shown in loving God first and then neighbor.

I love America, and I know she has documented foundations in Judeo-Christian values, laws, and principles.  However, I still pray the Lord’s Prayer which includes the potential for God’s judgment:  “Thy will be done on earth as it is heaven.”  God’s holiness tolerates no sin in His glorious realm, so I can only imagine His righteous anger at America’s current behaviors.

Lawlessness is called sin in the Bible, and sin always brings judgment.  America is like a house in the torrential waters of sin being rushed toward a waterfall with her destruction imminent.  Who can rescue us in such a horrible and terrifying situation?  Only God.

Christians who fail to repent for following other loves instead of Christ will affect America’s future more than anything else.  God desires repentance leading to obedience (see Psalm 51 for a guide).  Have American Christians become too proud in their American independence and their faulty desire to “be true to themselves” that we can no longer admit the value of a broken spirit before God?

For the non-Christian, it will seem strange that believers’ internal reaction and agreement with God – what He rules is sin – followed by external obedience is MORE important than all the potential external factors which could destroy America.

Christians must remember the power of our glorious God.  As the Judge of the quick and the dead, God can change things faster than we can gasp in astonishment or horror.

Have we experienced enough pain in 2020 to repent yet?  Are we at the troughs of the pigs finally realizing we should return to our Father – even as a servant instead of as a child?  Are we ready to completely surrender ourselves to God instead of our selfishness?  Are we tired of playing pretend and willing to do what God calls us to do – even if it hurts or is culturally unacceptable?

And he who does not take his cross and follow after me is not worthy of Me.  He who finds His life will lose it, and he who loses his life for my sake will find it (Matthew 10:38-39).

Taking up the cross in today’s culture is more than wearing one around your neck, having a tattoo, or referencing the ones hanging in your home or car.

The cross is a sign of the world’s hatred of true righteousness (Jesus) while proclaiming itself right above all – especially God.   The cross isn’t pretty and shiny.  It is covered with the blood of the only One who can save those who admit their sin according to God’s standards and Word.

The Devil wants us to misunderstand or disregard what God calls sin, because if we do that, then we can neither ask for forgiveness nor understand the need to repent.  Satan’s eternal torment will be lessened by the sadistic glee that he concocted just enough truth in his lies to tickle so many ears deceiving those who are so sure they are saved (Matthew 7:21-23).

Jesus never said following Him would be easy.  If anyone told you so, the Bible doesn’t support it.

Romans 12:1-2 tells us to be a living sacrifice.  Jesus called people to count the cost while simultaneously reminding them, “What does it profit a man to gain the world but to lose his soul?”

To gain the world is to deny the profit of the Holy Spirit leading each of us to repent through an understanding of sin as God defines it through the Bible.  But beware, don’t let the Devil or his minions mislead you.

God may still let America fall, but please, if you call yourself a Christian, don’t let it be because the Devil has fooled you about what God calls sin.  Pray for wisdom and the ability to see yourself as God sees you according to Scripture.  Dare to pray that God would open your eyes to the evil that you call good so that you might repent.  All of us.

Let’s love God more, not because He may rescue America, but because He is worthy of glory and praise.