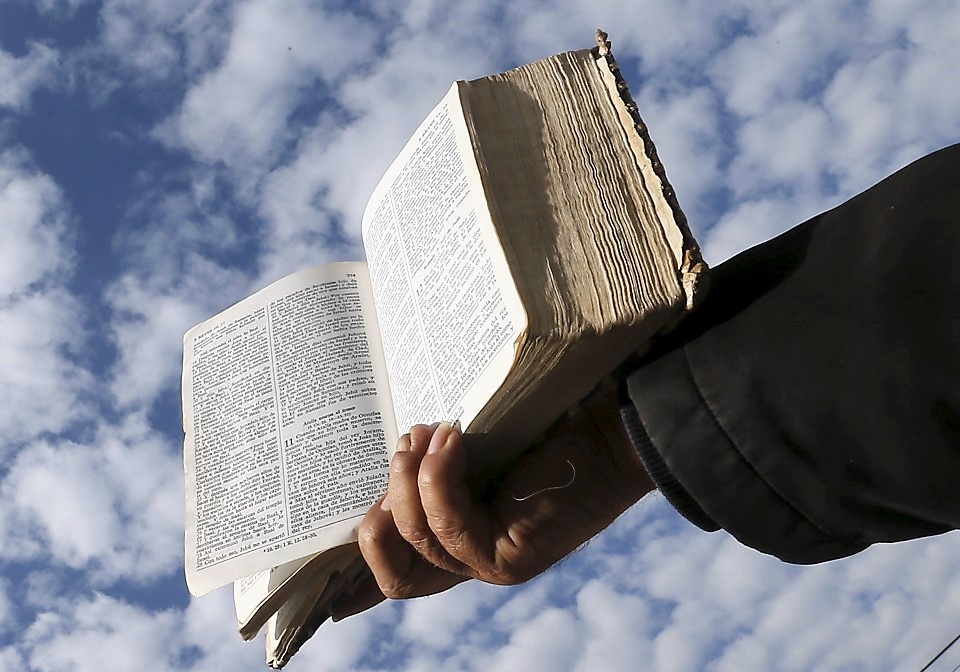 The Gospel spread like wildfire in the early church. For example, a single speech from Peter converted 3,000 people (Acts 2:41), and after he gave a second speech, the number of believers totaled 5,000 (Acts 4:4). In only a few decades, the Good News of Jesus Christ spread from Jerusalem to the entire Mediterranean, including Rome itself. But why? And how can we make it spread like that again?

Entire books have been written on this subject, and the early church did a lot of things today’s church should copy. But one thing the early church did supercharged the spread of the Gospel. What was it? It had to do with the method of preaching. The first century church preached God’s Word in a way you rarely hear today. And the Bible says God’s Word will never come back empty (Isaiah 55:11). It always produces. What did the early church do so differently? They preached this special message – “The Messiah you’re looking for is Jesus” (Acts 5:42). At first glance, this doesn’t seem unique. After all, many people today preach “Jesus is the Messiah.” But that’s not all the early church preached. The Gospel they preached included a critical element we often overlook today.

The Messiah You Are Looking For

One simple reason. Messianic fever ran rampant in that generation because the scriptures said the Messiah would come. The Jewish scriptures pointed to the coming of a Messiah, a Savior for both the Jewish people and the entire world. A number of passages known as the Messianic prophecies detailed the Messiah’s birth, life, death, and victory over the grave. They told how His sacrifice would save a multitude from “death in a waterless dungeon” (Zechariah 9:11). And those prophecies said the Messiah would appear at that exact moment in history. So it’s no wonder people were looking for the Messiah.

For the early church, preaching the Gospel meant more than simply proclaiming “Jesus is your Savior.” It meant teaching “Jesus is the Messiah, the one the scriptures point to.” Jesus said Himself, “The scriptures point to me” (John 5:39). In other words, the early church taught fulfilled bible prophecy. They pointed to Jesus and His fulfillment of the Messianic prophecies as proof Jesus is the Messiah. For unbelievers, this is a powerful message. It provides rock solid evidence of the identity of Jesus. Fulfilled prophecy proves Jesus is who He said He was – the Messiah.

Think this is a minor difference? Think again. When I say this message was the Gospel of the early church, you don’t have to take my word for it. Simply check your Bible. From beginning to end, the Book of Acts shows how the early church used fulfilled prophecy as the primary tool of evangelism. This wasn’t just part of the message. It was the message. In example after example, the Book of Acts shows the apostles spreading the Good News about Jesus. And they did it with bible prophecy. Let’s look at some examples:

1) Peter – Peter pointed to the fulfilled Messianic prophecies as clear proof Jesus was the long awaited Messiah (Acts 2:14-40). His speech on Pentecost led three thousand people to give their lives to Jesus (Acts 2:41). Preaching in the Temple, he said the life of Jesus fulfilled what the prophets had written about the Messiah (Acts 3:18-24). Many of the people who heard Peter’s message believed it (Acts 4:4). Later, when sharing the Gospel with Cornelius and his household, Peter said Jesus is the One “all the prophets testified about” (Acts 10:43). Again and again, Peter pointed to fulfilled prophecy as the foundation for belief in Jesus.

2) Philip – Philip also used fulfilled prophecy to share the Gospel (Acts 8:26-39). While traveling from Jerusalem to Gaza, Philip met the treasurer of Ethiopia, a eunuch of great authority. Seated in his carriage, the eunuch read aloud from the Book of Isaiah. The passage he read (Isaiah 53:7-8) was a prophecy describing the trial and execution of Jesus. Beginning with this same scripture, Philip explained the Good News about Jesus, and the eunuch believed.

3) Paul – The Bible says Paul’s primary method of sharing the Gospel was to reason from the scriptures (Acts 17:2-3). When asked to speak in the synagogue in Antioch of Pisidia, Paul spoke about the history of Israel and the promise of a coming Messiah. He then explained that Jesus fulfilled all the Messianic prophecies (Acts 13:16-42). And he explained all that the prophets had said about Him. As a result, many believed (Acts 13:43). When Paul went to Berea, the Bible says the Bereans “searched the scriptures day and night to see if what Paul and Silas taught them was true” (Acts 17:11). This begs the question. Why would they search the scriptures unless Paul and Silas were teaching from the scriptures? At this time, the only scriptures were what we today call the Old Testament. Paul and Silas taught from the scriptures by pointing to the Messianic prophecies and how Jesus fulfilled them. The Book of Acts is filled with more examples of this method of preaching:

The Bible shows this was a common technique in the early church. It says Apollos also used the scriptures to explain that Jesus was the Messiah (Acts 18:28). The truth is clear. If you don’t study bible prophecy, you’re missing one of the greatest evangelistic tools of all time. What better way to respond to those who demand evidence? What better way to demonstrate Jesus is the Messiah than to tell people about the many prophecies He fulfilled?

The Messiah the World Is Still Looking For

Today, millions of people are still looking for a Messiah. Not because the prophets said to look for one, but because their lives are filled with emptiness. People are sad, lonely, and depressed. They live unfulfilling and unsatisfying lives in a constant search for peace and rest. You can show them where to find peace and rest. You can give them a great gift. Share the Gospel today. Ask your friends if they’ve ever heard of the prophecies Jesus fulfilled. Ask them these questions:

Most of all, ask them, “Did you know one person fulfilled all these prophecies and more?” His name is Jesus. That’s right. Jesus and Jesus alone fulfilled these prophecies. He’s the fulfillment of everything the prophets wrote (Matthew 5:17). Hundreds of years before the Romans invented crucifixion, the Bible described the Messiah as suffering from just such a punishment. The scriptures said His hands and feet would be pierced (Psalm 22:16). They were. The scriptures said they would give Him bitter wine to drink (Psalm 69:21) and pierce His side (Zechariah 12:10). They did. The scriptures said they would gamble for His clothes (Psalm 22:18). They did. Most of all, the scriptures said He would conquer the grave (Psalm 49:15). He did. They said, because of Him, you are counted as righteous in the eyes of God