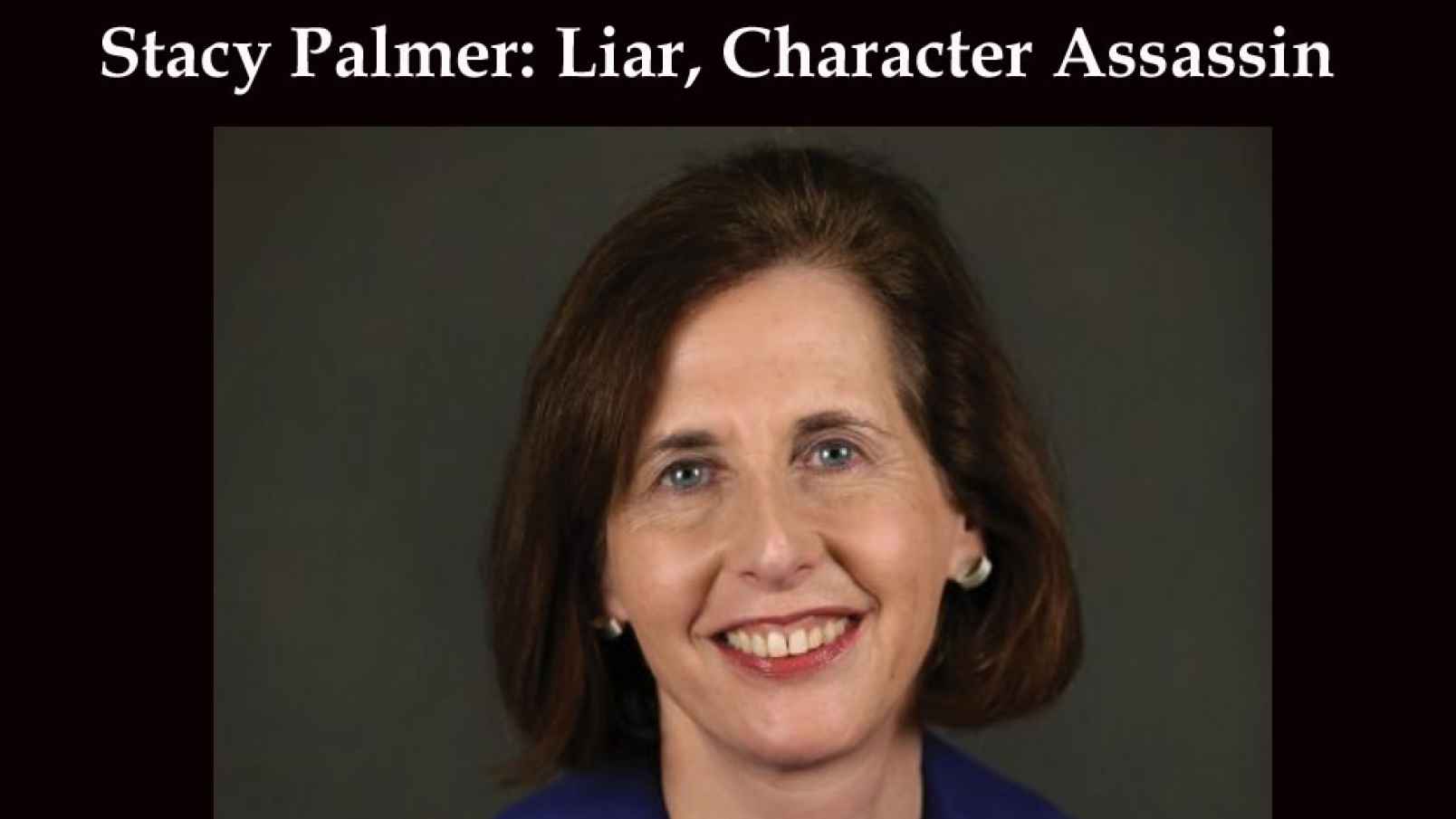 PLEASE NOTE ONCE AGAIN: Political articles, current event articles appear on A Crooked Path not to advocate or place a certain political ideology above another. As I have written in the past all current event articles and pieces included here pertaining to political actions, ideologies and such are here to only reveal piece by piece in the picture unfolding of the massive, intensifying, and escalating erosion within worldwide cultures. And especially within Western cultures.

To show the signs of the times. The removing of the foundations. Making the laws lawlessness. The demise of freedoms, rights, liberties for the many, and the removal of God, Jesus, the Holy Spirit, and the Bible from Western cultures, or at least the attempt to remove. Which will be unsuccessful — so corruption, perversion, lies, and Satan and his ministers uniting and appearing as angels of light keeping the overwhelming majority in darkness. Enslaved to the father of lies. As they are misled to believe there are human, political solutions to all the world’s problems. Refusing to acknowledge it is man’s sin, man’s inherently evil nature, man’s rebellion against God, and denial of the Lord Jesus Christ that is at the very core of every problem on this earth.

The world cannot see this. Sadly more and more of those professing to be Christian cannot see it as well and they place their faith greater in man, in men and women, in the world than in God, Jesus, the Holy Spirit, and the inerrant infallible living and active Word of God.

Every current event, every piece of a political nature placed within this place is done so to reveal the times. These last of the last times we all live in. To hopefully assist in providing the pieces of the picture so those who doubt? Who who are lost? Who refuse to believe? Who place their faith in men more than God? That they might see how short the time that remains is although no one knows the time or the hour of the Lord’s return, not even Jesus knows as the Word of God tells us only the Father knows that hour.

But anyone with eyes to see, ears to hear, a nose to smell the stench of evil rising up, rebellion in the land, the people being given over to reprobate, unrighteous minds must certainly see and know the days grow shorter for this earth to be remembered and known as it has from the beginning.

And rather than remaining idle? In neutral? In delusion and illusion and denial?

Act upon what is transpiring. Act in a manner which the Word of God instructs us to act, not to act in the ways the world and man desire to have us act.

While in American worldly definitions I would be classified as a very “conservative” man that is not who I truly am. I am first and foremost a disciple of the Lord Jesus Christ, a child of God.

As all who profess to be “Christian” ought to be rather than placing nation, man, woman, political ideologies, things of this world in the importance which they do. Even though many protest and deny they do such, they do such daily, continually and we see it by their example more than their words.

Please take what is presented here on a daily basis as mere signs of the times revealing how lost and sinful our nation, our world is. And how close we all are to the end of everything as it has been known from the beginning we all truly are.

The erosion, the corruption, the perversions, the lies, the sin, the increasing of false teachers, the removing of the foundations, the making the laws lawlessness, the taking over of institutions by evil more than by godliness all point to this — the Great Falling Away we see and ought to acknowledge all reveal to those watching the how and why of it all, and the what it is swiftly leading to.

Well, I pray, we all need to pray they come out of the darkness and into the light while they are given the opportunity by a gracious and patient God Almighty.

The character assassins of cancel culture

The media of what used to be a free country has become indistinguishable from the press operations of Pravda or Der Sturmer whose stock in trade were fawning stories about Communist and Nazi leaders and character assassinations discrediting their opponents.

Unlike their spiritual comrades, the hacks in this country can’t be bothered to come up with their own smears and have therefore outsourced the supply of defamations and lies to the character assassination experts led by the leftist Southern Poverty Law Center the principal hate group dedicated to destroying conservative individuals and organizations.

Smear groups like the Southern Poverty Law Center supply the lies, and the media passes them on verbatim spreading their poison to unsuspecting publics, and the mercies of the cancel culture.

The current issue of the Chronicle of Philanthropy hit piece falsely attacked the David Horowitz Freedom Center as well as other longtime targets of the SPLC like the Family Research Council whose building had been shot up by a leftwing terrorist guided by the SPLC’s so-called ‘hate map’.

Even though the Chronicle of Philanthropy’s mission is supposed to be covering the nonprofit world, its story about the Center and a “cabal” of other conservative organizations passed on the SPLC’s smears without informing its readers about the discredited organization’s recent scandal. The scandal had toppled the SPLC’s leadership over racism and sexism charges, and a $3 million payout for falsely accusing a devout but anti-jihadist Muslim of being “anti-Muslim”

This happened to be the same smear with which the Chronicle story and the SPLC tarred the Freedom Center.

Under longtime editor, Stacy Palmer, the Chronicle of Philanthropy isn’t chronicling non-profits – otherwise how could it miss the SPLC scandal? Instead it was busy joining the cancel fascists in their effort to destroy the politically incorrect by smearing them as hatemongers and hate groups.

Meanwhile, the Southern Poverty Law Center, which actually is hateful, gets a pass.

Even the Washington Post ran a column titled, “The Southern Poverty Law Center has lost all credibility”, but the Chronicle of Philanthropy can’t wait to join the SPLC in the credibility graveyard.

When the Southern Poverty Law Center’s founder, Morris Dees, was fired over allegations of racism and sexism, the Chronicle mentioned it briefly under a roundup of new leaders headlined, “Caterpillar Foundation and Girls Inc. Announce New Presidents.”

There was a very good reason for that.

Recently the Chronicle has relied heavily on the SPLC to run a series of pressure campaigns trying to cut off funds to conservative organizations. The Chronicle‘s articles with titles like, “Dozens of ‘Hate Groups’ Have Tax-Exempt Status”, and “How We Can Stop Hate Groups From Abusing Philanthropy” have an obvious agenda. Both its agenda and credibility are tied up with the SPLC.

While the Chronicle avoided running an in-depth piece on the SPLC meltdown, it ran multiple attacks on the David Horowitz Freedom Center, two of these were based on the SPLC’s lies,which described the Center as a hate group. The purpose was to defund us. The Chronicle still has the aura of a responsible magazine respected by philanthropic donors.

The SPLC once listed a bar sign as a hate group, but the Chronicle treats its lies as gospel, and this has troubling implications for its conservative targets.

The David Horowitz Freedom Center responded to the Chronicle’s gutter attack with a letter from its lawyer, refuting the lies in the Chronicle’s article and threatening a lawsuit if an apology and retraction were not forthcoming.

“Very few people have done as much as David Horowitz to expose the ongoing oppression of Muslim women, Jews, gays, and other minorities in Middle Eastern countries,” the letter noted.  “You are unable to cite any credible source showing that David is racist or anti-Muslim. Yet your article and its title describes the DHFC as a ‘hate group’ and ‘anti-Muslim group’, without any basis and without any investigation whatsoever.”

The Chronicle responded by hiding behind the law that protects libel against public figures, while ignoring appeals to truth, decency, and the most elementary standards of journalism.

Instead of responding to the factual challenges posed by Horowitz and the Freedom Center’s legal team, Chronicle editor Stacy Palmer referred to her company lawyer who responded with a letter telling Horowitz what he already knew – that character assassinating lies that can pose as “opinion” fall into the category of protected speech.

Horowitz then threw Palmer and the Chronicle a curveball. Let’s stipulate that the law doesn’t protect me from your malice, he wrote back – or words to that effect. As editor of the Chronicle will you repudiate the lies you have told about me and my Center and correct them? Or will you stand by them. Palmer in as cowardly but revealing a move as one could imagine, referred Horowitz to her lawyer and went silent for good.

“Your position seems to be that you are perfectly okay with slandering an organization and the individuals whose livelihoods depend on it,” Horowitz wrote as his parting salvo, “even though they are not racists and not anti-Muslim as we have shown.” Then he asked her to “reconsider your participation in this sinister effort to wipe out the First Amendment and damage the lives of people whom the extremist and corrupt SPLC hates.”

Palmer, who has been an editor at the Chronicle for the thirty-three years since it was founded, has a Twitter feed that is a stream of left-wing political agendas. No surprise there.

“We understand your position, but disagree that the SPLC is ‘corrupt’ or otherwise unworthy of coverage,” the Chronicle‘s lawyer wrote in a letter that ended the exchange.

Character assassination has replaced journalism throughout what was once the media world of liberal journalism. No more. It is now a transmission belt for the real hatemongers of America, the fascist left that intends to deploy its hate to silence every voice that opposes it.