Hindu Nationalists Incite Animists, Those Who Believe Nature Has Spirit, to Attack Christians in India 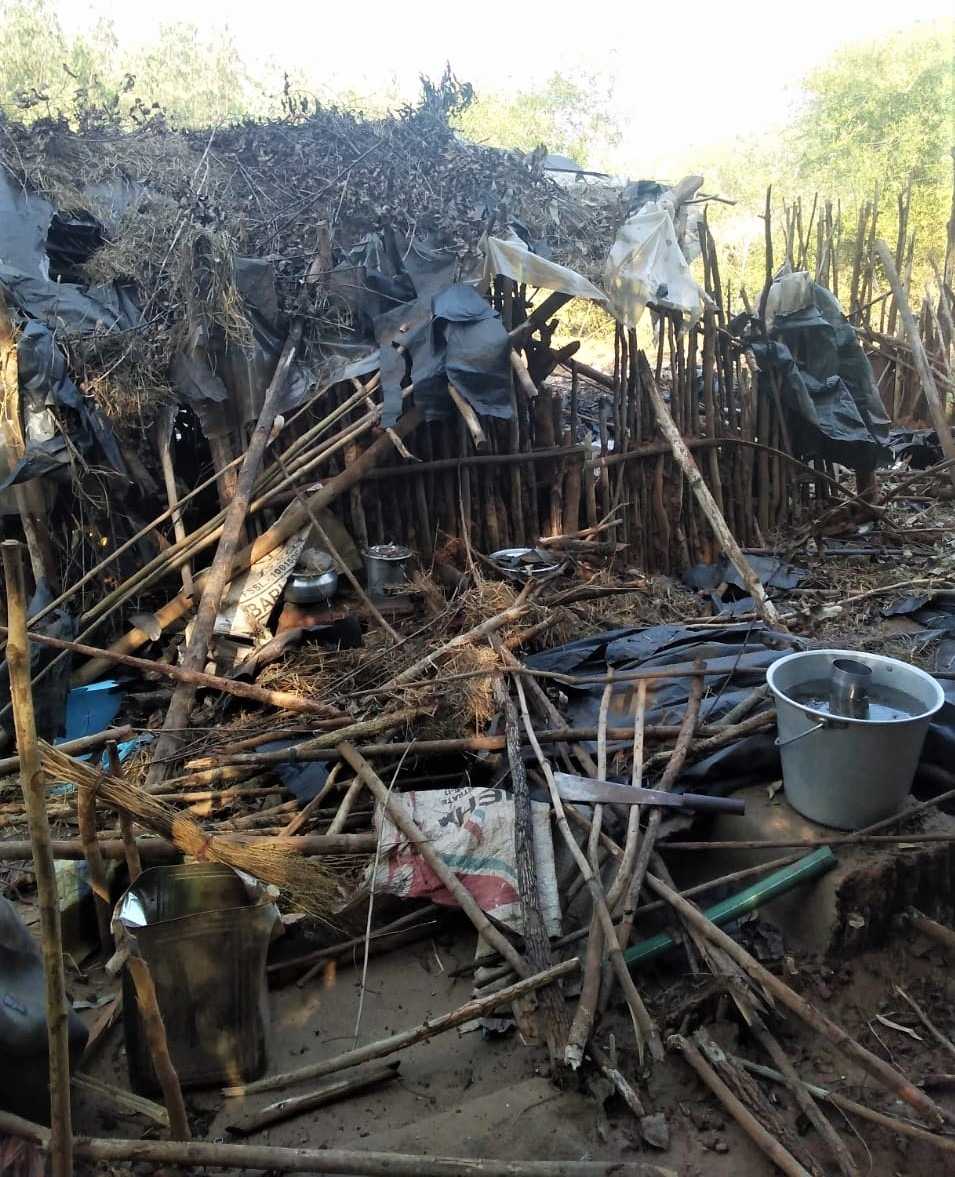 What remains of the Christian church in India’s Odisha state’s Chichima village after the attack by the pagan tribal people in the village.

Hindu Nationalists Incite Animists, Those Who Believe Nature Has Spirit, to Attack Christians in India

NEW DELHI (Morning Star News) – Six Christian families were worshipping in a wood-and-hay structure in eastern India last month when an influential man of wealth wielding an axe led others in and, in coarse language, asked why they had abandoned their tribal religion.

Elder Burjo Tadinji of the church in Odisha state’s Chichima village, answered, “We have known the true living God; we will not leave him. We used to indulge in fights and speak lies, but we do not do all that now. We like this faith, and that is why we follow it.”

Outraged, the leader of the mob of 20-25 men from three different villages began swinging the axe on the church structure, according to pastor Bibudhan Pradhan, who normally leads the small congregation of 15 but was absent that day (Dec. 13).

“They manhandled the Christians, damaged [an adjacent] Christian home, and broke the thatched structure with the axe,” Pastor Pradhan, 48, told Morning Star News. “They threatened to chase them out of their homes and the village if they reported the matter to the police.”

The mob joined in, and soon the church structure was reduced to pieces, with Tadinji’s adjoining home also damaged. They tore the clothes of one Christian and with a stone broke the mobile phone of another Christian recording the attack, Pastor Pradhan said.

The mob leader, whose name is withheld to protect area Christians, then warned them not to report the attack to police, church elder Tadinji said.

“If the police come, we will not let you live in the village and we will chase you away,” he said, according to Tadinji.

The Christians present were all converts from animistic tribal religion. The animist assailants were trained and incited by Hindu nationalists, sources said.

Pastor Pradhan established the church in Chichima, a remote mountain village in Rayagada District, five years ago. The land on which the structure was built belongs to Tadinji.

“Though I insisted that we file a complaint, the villagers fear the repercussions and refuse to risk losing their birth-village,” Pastor Pradhan said.

Tadinji said the Christians delivered a written complaint of the assault to the village head.

“He said, ‘I will deal will this’ but did nothing,” Tainji said. “He too fears the influential man.”

RSS members usually identify a tribal villager with leadership qualities and a strong physique, train him in influential speaking, and task him with propagating the idea that the tribal people are Hindus even if they practice the animistic rituals of their ancestors. In every village in Rayagada District, a source who requested anonymity said, Hindu nationalists have placed an image of the Hindu deity Shiva.

Pastor Pradhan said all the villagers are told to sacrifice a chicken to Shiva every year.

“It is in the tribal culture to offer a sacrifice of a chicken while buying land, planting seed, harvesting the land, and other occasions,” he told Morning Star News. “When someone in their homes has fever or illness, they sacrifice a chicken to please the god of nature. They seldomly visit hospitals – only in emergencies. They often visit the witch doctor, who again demands them to perform sacrifice.”

Sukanta Naik, a volunteer for the Evangelical Fellowship of India (EFI) who has travelled to Odisha for 40 years, said Hindu nationalist groups have become very active in indoctrinating tribal people. Hindu nationalists increasingly try to drive a wedge between tribal peoples and Christians, persuading villagers that those who have left their beliefs and other rituals have betrayed their ancestors, gods, and the country of India.

Villagers in Chichima stopped associating with Christians when tribal people there first converted about five years ago, Pastor Pradhan said.

“Fear has gripped their minds, and they need much prayer,” he said, unsure when church services might resume.

Villagers have warned the pastor not to enter the village, saying they will damage his motorbike, he said, adding that police stand with the Hindus and do not protect the Christians.

Odisha (formerly Orissa) state, where Christians make up less than 2.8 percent of the total population, saw anti-Christian violence in 2008 in which more than 120 people lost their lives, at least 50,000 people were internally displaced and more than 6,000 Christian homes were destroyed and damaged.

The hostile tone of the National Democratic Alliance government, led by the Hindu nationalist Bharatiya Janata Party, against non-Hindus, has emboldened Hindu extremists in several parts of the country to attack Christians since Prime Minister Narendra Modi took power in May 2014, religious rights advocates say.

India ranked 10th on Christian support organization Open Doors’ 2021 World Watch List of the countries where it is most difficult to be a Christian, as it was in 2020. The country was 31st in 2013, but its position worsened each year after Modi came to power.

Pastor Pradhan, who has also ministered to Christians in Kondagaon District, Chhattisgarh state, said that Christians in the area are still living in fear after a mob of more than 3,000 agitators on Sept. 22 damaged 10 homes belonging to seven Christians in Kakadbeda.

“They are praying in their own homes,” Pastor Pradhan said. “I went to visit them to start regular worship service, but they refused. Only after they feel safe to start a church service, they will inform me. So they have asked me not to visit them until then.”

Worship in a church in Perigaon village, Rayagada District, Odisha state has also ceased. Tribal animists there have on three occasions blocked Pastor Pradhan and his wife from entering by placing a huge log on the road, he said. On Dec. 1, 2018, the animists burned the church building where he had led services.