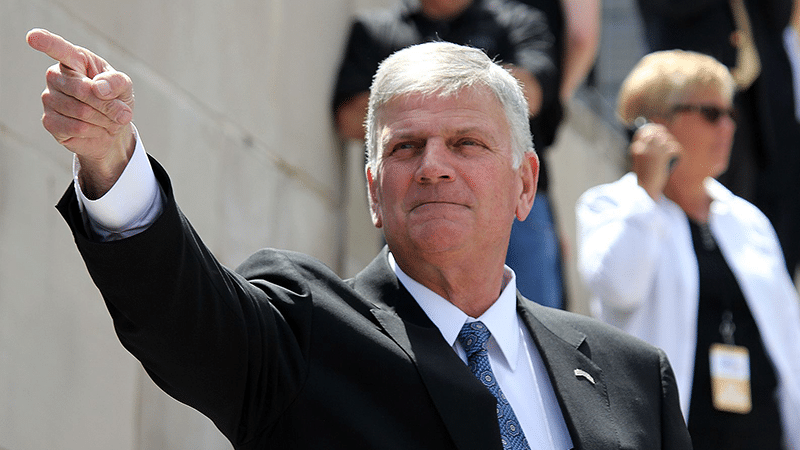 The Leader of the House of Commons Jacob Rees-Mogg has said that ‘no-platforming’ Franklin Graham is an example of a “particularly disagreeable modern trend”.

Franklin Graham was due to preach at eight venues across Britain this summer, but all cancelled his gospel events because of opposition to his views on homosexuality.

Rees-Mogg said that the principle of freedom of speech was of ‘fundamental importance’ for U.K. society.

Fiona Bruce MP raised the issue in Parliament yesterday – highlighting that the Prime Minister’s Christmas pledge to defend the right of Christians to practise their faith must include the U.K.

She asked: “Can we have a statement as to whether we can really call ourselves a tolerant, inclusive and diverse society which respects freedom of speech whatever one’s religion or beliefs if we deny the Billy Graham Association a platform in this country?”

In response, Rees-Mogg said: “The U.K. has robust protections for freedom of speech and freedom of religion and the price of living in a free, plural society is tolerating views and beliefs we disagree with or are even offended by.”

“This is fundamentally important. It is a sad truth that many people who tout themselves as being liberal are only liberal about what they like and are very intolerant of views they disagree with.”

In a recent interview with Premier Christian Radio, Franklin Graham apologised to those who felt offended by his views but reiterated his belief that marriage is only the union of one man and one woman.

Graham said: “I think there’s a real misunderstanding. We’re not here to preach against anyone.”