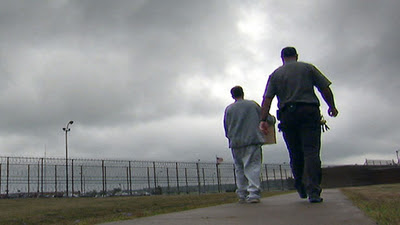 In light of recent Islamic terror attacks, French Interior Minister Gérald Darmanin is calling for stringent security measures to be placed on convicted terrorists being released from prison. If passed into law, a released terrorist could have his movement limited, including where he can live or what public events – such as concerts or sporting events – he would be barred from attending.

In 2015, ISIS members launched a series of coordinated shootings and bombings at a rock concert in the Bataclan theater and at a soccer match at Stade de France. Some of the perpetrators, like Salah Abdeslam and Abdelhamid Abaaoud, had been radicalized in prison.

Under the proposed changes, released terrorists would face a period of strict supervision for several years beyond the original sentence.

“It concerns a little less than a hundred prisoners who have been sentenced, who are going to be released, who must imperatively be monitored and followed closely,” said Justice Minister Eric Dupond-Moretti.

It is not known whether the new law would apply retroactively to the nearly 450 terrorists and radicalized prisoners who were released in 2019.

The measures, which are part of a broader based counter-terrorism bill, would enhance surveillance and data collection methods by authorities in France as a whole. Authorities would use advanced data collection algorithms and artificial intelligence (AI) in an attempt to predict attacks before they happen. It would also allow for monitoring internet usage of extremist websites.

Some, such as Arthur Messaud, a lawyer with Quadrature du Net, an association that defends fundamental rights and freedoms online, have criticized the proposal as a violation of privacy, comparing it to actions taken in the United States following 9/11, when agencies such as the NSA amassed a huge trove of meta data from ordinary civilians’ phone and internet usage.

The new law, which had been in the works for several months, was formally submitted just days after a French police administrator was murdered in a police station in Rambouillet, just south of Paris. The alleged killer, Jamel Gorchene, is a 36-year-old Tunisian immigrant who had been viewing jihadist videos before the attack. He shouted Allah Akbar as he carried stabbed the police employee, Stéphanie Monfermé, a mother of two. French President Emmanuel Macron decried the barbaric act as an example of “Islamist terrorism.” Macron has been outspoken regarding the threat French society faces from Islamism and the need to combat it.

The debate has only intensified after the brutal beheading of schoolteacher Samuel Paty last October by 18-year-old Abdullakh Anzorov. Paty was accused of insulting Islam’s prophet Muhammed in class by displaying cartoons. Islamists consider any images of the prophet to be blasphemous.

“Terrorists have changed the methods of communication,” Darmanin said. “We continue to be blind, monitoring phone lines that nobody uses anymore.”

France has known for years the deadly threat posed by released terrorists and inmates exposed to Islamic radicalization while incarcerated.

The new security measures aim to stem the tide of terror attacks.

France now joins the United Kingdom in calling for enhanced security supervision conditions for those coming out of its prison system. The U.K. is ending early release for convicted terrorists, and requiring them to serve at least two-thirds of their sentences, instead of half. The new U.K. law also curbs overseas travel for parolees, requires released terrorists to wear GPS ankle bracelets and submit all their electronic devices for monitoring.

France’s call for more stringent supervision conditions for released terrorists is an admission that current prison de-radicalization programs failed. It also is an acknowledgement of the threat posed by those exposed to Islamism while incarcerated.

As I wrote last month regarding counter-terrorism policy changes in the U.K., counterterrorism efforts should not stop at the prison gate.

Hopefully, the call to strictly monitor released terrorists in France and the U.K. will be followed by similar actions in other European Union countries.

Here in the United States, there are no uniform standards for restrictions on terrorists released from prison. Each time a terrorist is released, the U.S. Probation Office and the U.S. Attorney’s Office must apply to the court for changes to the supervised release conditions.

IPT Senior Fellow Patrick Dunleavy is the former Deputy Inspector General for New York State Department of Corrections and author of The Fertile Soil of Jihad. He has lectured on terrorism for the United States Air Force’s Special Operations School.