The United States of America, National Institutes of Allergies and Infectious Diseases (NIAID), Wuhan Institute of Virology (WIV) which is operated and overseen by the Communist Chinese government and the Communist Chinese military which does not permit any institution to operate in Communist China without their direct involvement are all in bed together. And no one has ever bothered to enter and change the stinking sheets!

You do not focus intently, spend so much time, spend so much money on research on how to GENETICALLY MODIFY A VIRUS INTO BATS IN ORDER TO MORE QUICKLY TRANSMIT A DISEASE WITH GOOD INTENT IN ONE’s HEART AND MIND!

And that is exactly what one of the intended goals of the Wuhan lab was concerned with and working on. Genetically modifying viruses to have them transmit quicker between living creatures.

How much did you hear about that truth on CNN, MSNBC, ABC, CBS, NBC, FOX News, any newspaper, any other broadcast source?

What is the purpose of genetically modifying a virus — so that it mutates and infects unlike anything ever created or naturally found on earth? As many viruses are found naturally occurring? Why genetically modify a virus? This is to benefit mankind? Really?

Think people, really, really think about all of this.

Contrary to the lies created and perpetuated this worldwide pandemic from SARS-CoV-2 virus DID NOT emanate from a live animal market in Wuhan, China, about half a dozen miles from the Wuhan Institute of Virology as the World Health Organization, Fauci, the United States, Communist China, and Fauci’s National Institutes of Allergies and Infectious Diseases (NIAID) have stated.

And the truth will never be revealed. Until Judgment Day. Really.

The WHO investigation, which was stalled by both Communist China and WHO for over a year, with no real access, and with glaring conflict of interest regarding the sole American among the so-called three WHO investigators into the origin of this SARS-CoV-2 virus, and if the Wuhan Insititute of Virology is the source was all a charade. A scam far greater and more deadly than when a con man would ride into a town with bottles of “elixir” on the back of his wagon to cure every ill! When all it truly did was fleece the pockets of the desperate and ignorant, make them drunk for a bit, and fill the pockets of the charlatan as he moved on to the next town to dupe. And the next town always obliged. Just as people around the world do today.

Communist China has made no bones about openly stating they are out to rule the world. To dominate. Everything. And America has helped them accomplish this every step of the way. And we still do.

Evil dominates. Evil grows. The people fall deeper into the darkness. The lies.

It’s only going to get worse folks. Much, much worse.

Know where to place your eyes, your mind, your heart, your spirit, and your all.

On Jesus. Only Jesus.

For this evil world is going to perish. It’s going to be consumed. Rolled up. Melted away. To be forever forgotten. And all its evil people living in darkness, minions, and ministers of the devil who is the god of this world for a season will finally learn. Far too late.

Darkness has no room or understanding of the light even though darkness considers itself and those in it the most enlightened and illuminated on earth.

Know where there is the only source of Light and Life and the Way and Truth — Jesus Christ the Lord, God the Father, and the Holy Spirit. Live in the word. Not of the world and its darkness and lies.

Infectious disease experts say the National Institutes of Allergies and Infectious Diseases’ (NIAID) grant with the nonprofit group EcoHealth Alliance, which involved the transfer of $600,000 to the Wuhan Institute of Virology (WIV), described scientists conducting gain-of-function research on SARS-like viruses to make them even more contagious. But a federal oversight board created in 2017 to scrutinize such research was not notified of the grant because the NIAID opted against forwarding it for review, the Daily Caller News Foundation previously reported.

“When it comes to oversight of U.S. tax dollars headed to the Chinese Communist Party, Dr. Fauci seems like he’s literally whistling past the graveyard,” Perry told the DCNF. (RELATED: US Grant To Wuhan Lab To Enhance Bat-Based Coronaviruses Was Never Scrutinized By HHS Review Board, NIH Says)

The WIV is at the center of widespread speculation that COVID-19 could have accidentally leaked from its lab into the human population. A World Health Organization investigation into the origins of the pandemic concluded in late March that it was “extremely unlikely” that the virus could have escaped from a lab.

But WHO director-general Tedros Adhanom Ghebreyesus said his organization’s assessment of the lab leak theory was not sufficient and that further investigation was necessary.

The Department of Health and Human Service created the Potential Pathogens Control and Oversight (P3CO) review framework in late 2017 following a three-year federal funding moratorium on gain-of-function research. Had the EcoHealth grant been subjected to P3CO review, an HHS panel would have independently evaluated the grant and, if necessary, recommended additional biocontainment measures to prevent potential lab leaks — or even recommended that the grant be denied entirely.

Ebright said the offices of the director for NIAID and the National Institutes of Health have “systematically thwarted — indeed systematically nullified — the HHS P3CO Framework by declining to flag and forward proposals for review.”

EcoHealth president Peter Daszak, who was the only American member of the WHO’s investigation into COVID-19’s origins, spoke about how easy it was to manipulate bat-based coronaviruses during a podcast interview filmed just weeks before the first cases were reported in Wuhan. 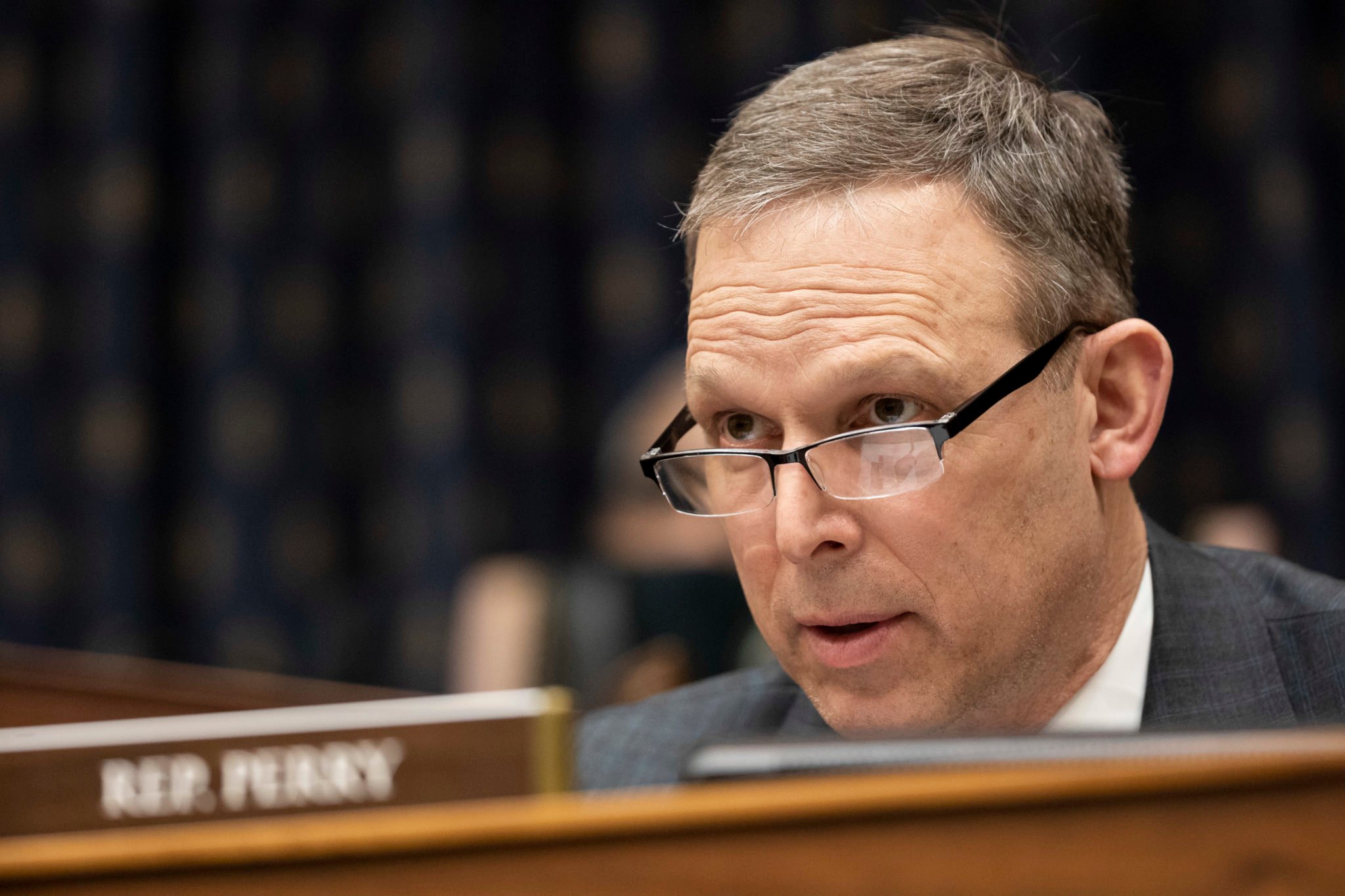 An NIH spokesperson previously told the DCNF that NIAID did not flag the EcoHealth grant for independent review because it did not meet the frameworks’ definition of gain-of-function research.

Perry, a member of the House Foreign Affairs Committee, told the DCNF he will call for Fauci to testify about why his agency did not flag the EcoHealth grant for P3CO review.

“We seem so cavalier about this approval paradigm for this funding and the definitions seemingly allow you to drive a truck through them regarding what is gain-of-function research and what isn’t,” Perry said. “It seems to me this was done by design to allow this kind of research to be done in these kinds of places without any kind of scrutiny. And this is the result of that.”

Perry said there is a great deal of interest among his Republican colleagues to probe the federal government’s funding of gain-of-function research in China, but added he wasn’t optimistic that Democrats, who control the House, would allow such a hearing.

“I won’t be surprised after requesting to bring these folks in as witnesses have an open hearing about it that those things fail to ever occur. I won’t be surprised,” Perry said. “In the minority, we can’t force it. If they’re not going to allow it or to pursue it, then it just won’t happen in the House side.”