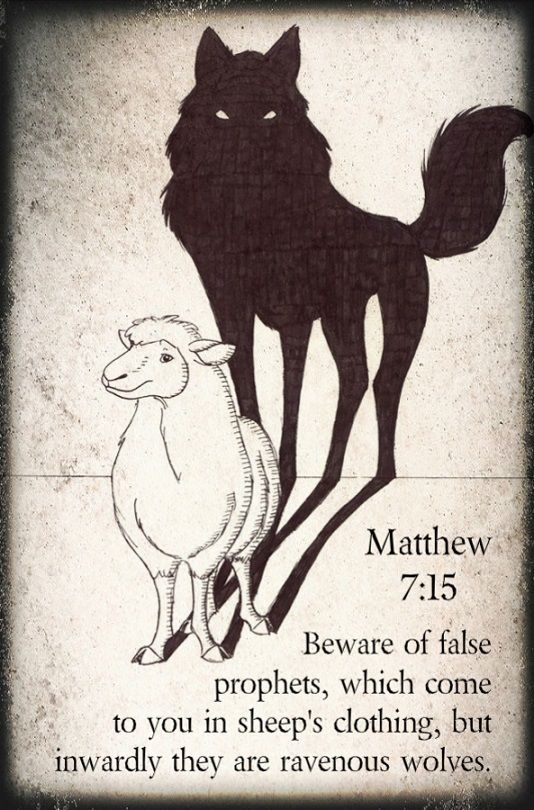 It seems unlikely that America’s deep fractures will heal quickly, and sorting out political culpability may take some time – even for the Christian community.  Yet, one group has clearly and rightfully earned the rebuke of the church. That demographic consists of the many who prophecied wrongly about the election and aftermath.

Virtually everyone in church circles (and beyond) can most likely identify some sort of “prophecy” from God that somehow found its way to their inbox or feed. The mark of godly prophecy in Scripture is that it’s never wrong. False prophets don’t have that kind of track record. Yet are they publicly admonished?

Hardly. Some of them get their own TV shows and book deals.

“I always avoid prophesying beforehand, because it is a much better policy to prophesy after the event has already taken place.” – Winston Churchill

In Matthew 7:15 Jesus stated, “Beware of false prophets, who come to you in sheep’s clothing but inwardly are ravenous wolves.”

Rebuking these false prophets remains difficult when many churches are comprised of sheep in sheep’s clothing.

Not limiting their pseudo prognostications to the political, these “spiritual soothsayers” seem to abound among the suffering, as well as those in conflict. All too many with long term challenges can recall an incident of someone prophesying over them or giving them a “word from the Lord.” Although many late-night cable ministers of this ilk serve as punchlines for numerous comedians, they continue reaching their hands to the camera. And they still raise money.

When desperate, even counterfeit hope seems real – for a while.

As our nation continues to grapple with suffering, sickness, and political turmoil, this may be an opportunity for the collective church to unify around Christ’s charge to be salt and light of the world (Matthew 5:13-16). Being the light of the world implies serving as a beacon for those floundering in the dark. It’s hard to illuminate a path when allowing so many to mislead others with false prophecies and lies couched in “thus saith the Lord.”

Pastors bear great responsibility in this. Part of ministering is protecting. As John Calvin stated:

“The pastor ought to have two voices: one, for gathering the sheep; and another, for warding off and driving away wolves and thieves. The Scripture supplies him with the means of doing both.”

Just as sheepdogs bark and place themselves between sheep and predators, so should pastors intercept and bay at those who lead people, and even a nation, astray.

So, to those suffering, unsettled, and afraid, if someone says, “Thus saith the Lord” or “God told me…” I find it helpful to run the other way. Quickly. Unless they can quote chapter and verse, they are stating in effect that they have a new revelation from God apart from Scripture. Insight and understanding are vastly different from new revelation. Words matter – particularly when discussing the Word of God.

Scripture is filled with the promises of God addressing every conceivable heartache we may bear – including political ones. Those promises are sufficient and reliable. Clearly, we may not currently understand those things. The apostle Paul stated that reality in 1 Corinthians 13:12 when he shared “…we now see through a glass darkly.”

Yet, that same apostle also stated some of the most encouraging words ever uttered:

Blessed be the God and Father of our Lord Jesus Christ, the Father of mercies and God of all comfort, who comforts us in all our affliction so that we will be able to comfort those who are in any affliction with the comfort with which we ourselves are comforted by God  (2 Corinthians 1: 3-4).

Although false prophets may provide a temporary analgesic to our challenges, only the Word of God comforts, strengthens, and equips us to endure – while transforming us to reach others with that same sustaining grace.

The name Trump, Biden, or even America is not even mentioned in Scripture. Yet the Name of Lord fills it from beginning to end. If one requires a prophecy about politics or anything else, stand on this one: