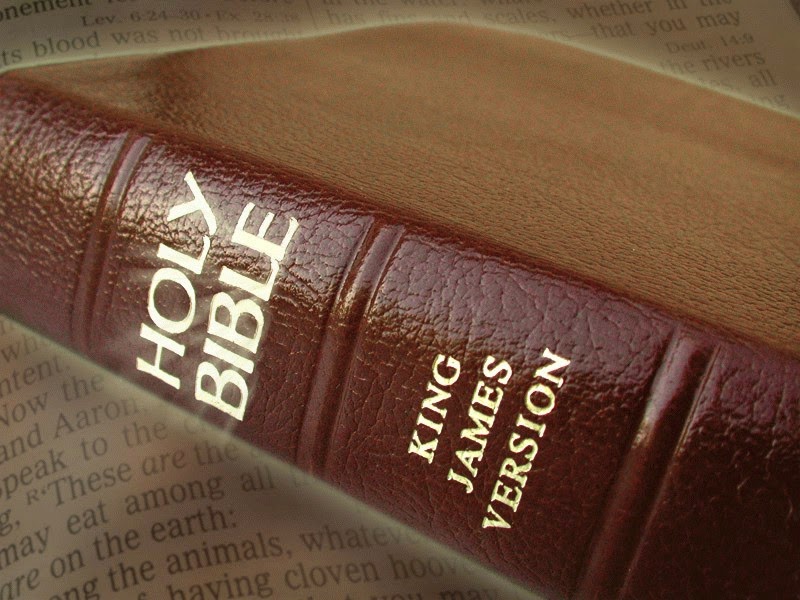 Eye hath not seen, nor ear heard, neither have entered into the heart of man, the things which God hath prepared for them that love him.

While we’re here I want to say that with the enormous decline in language skills, in the ability to speak, to read, to converse and the abomination that language has become, what passes for language ought to be ashamed to be spoken, to be put down on paper, or considered conversation in the present norm.

The King James Version of God’s word receives harsh and undue criticism. From professed Christians. And many clamor for other translations, which is okay. I have and read about 4 different translations, and it’s a very good thing to have a few different translations in order to compare. To aid in our growth in the understanding of the word of God. But I do not understand the open criticism and turning from the King James Version. It is incredibly accurate, and the beauty of the language, the sheer lilting beauty of the words arranged and used is magnificent! Beautiful! Wonderful! It’s real language. Words painting within the heart and mind.

It is a great sadness to me that the beauty of the King James Version is given the cold shoulder, turned away from, sneered at and the belittling it receives. Again, from professed Christians. I’ve heard such with my own ears. Within a few churches.

And I pray those, and many others come to learn to appreciate the magnificence and beauty of the King James Version. The text. I do not subscribe to the lie, and it is a lie plain and simple, that the language used is too difficult to understand. It’s English! And if one cannot understand; hath, or goest, or thou, or thee, or ANY word within the text I say woe on them and it is they who need to do the changing, not the text or translation of the King James Version Holy Bible. The inerrant infallible living and active Word of God! In beautiful prose. Easy to understand. Not difficult to read.

Why the excuses folks?

Really, what’s so difficult about the King James Version Holy Bible? A standard for ages so quickly and easily cast aside by so many. By the majority. Many don’t even carry a Bible! They have an app on their phone! Not the same. I have Bible apps on my phone. I have seen them. They are not the same and we’ll discuss those a bit more in a bit…

Hasn’t our language eroded, descended into the depths, grown rotten and full of stench, ignorance, and weakness enough?

Why do people refuse to speak well? To read well? To write well? (And I am not a good writer but I don’t type out the constant TXT language, abbreviations, and think that emojis can replace language!)

Ever pause and observe what passes for conversation these days?

What passes for speech, language use? On the news? On TV? In schools? In government? At work? Among neighbors? At a gathering of people? In churches? From the pews? Everywhere!?

Emojis, Facebook, Twitter, any so-called (anti-social in reality) social media is NOT conversing. NOT being social. In reality, it’s all anti-social. Isolated. Barren. Weak. Destroying language and the ability of people to look each other in the eye and have a real conversation.

And the continued eroding of the word of God in new translation after new translation to the point of where we are now? The omissions, the adding in, the changes which are NOT God-breathed and from the Spirit of God working within the hearts and hands of the translators and publishers of such. Now more in the employ of Satan than of God. The homosexual “Bible” is one example. What’s that? Didn’t know there was such a translation? Take the time, do some homework and search into the growing number, exploding number of translations since the 1970s. And this only increases. More, and more and more and more!

Watered down. Altered. For additional homework search the Scriptures for what God tells us anyone who alters, omits, or adds to His word will face.

Prayer buttons on Facebook? No real praying. Just press a button on a phone and that is supposed to pass for prayer!?

Imagining everything with regard to the worship of God can be done online?

On an electronic device? From staring into a glaring screen?

People not even having a Bible. They download an app. And how can you be assured that with the passing of time, those who control such things, electronically, digitally will persist in being ethical? In providing an accurate translation? Eventually, omitting or adding to the word?

I’m not keen on the rapid decline, and it has been rapid — in only the past 40 years or so — of our language. And I’ve been told about my use of the word “keen” that no one uses that word anymore. So be it. I do. I will. And it’s still in use in the U.K. I’m sure somewhere on this earth someone is saying the word “keen” right now. Or they will be.

Sarcasm aside, there has been and continues at an ever rapid pace a great decline in the language. It’s become standard, universal almost to use a profane word describing sexual intercourse as punctuation, as something said every third word when taking a breath. By far too many people in far too many instances. And it’s cheered! It’s applauded when this word is spewed!

And we’re not in the last of the last days? We’re not living Romans 1? People have not been given over to reprobate, wicked, sinful minds due to their overt, constant rebellion against God?

What far too many ears hear, what far too many hearts are — cold, dead, dark, in bondage to the god of this world rather than aflame for the Lord with the Holy Spirit within!

I long for my eyes to see, my ears to hear, my heart to know the things God hath prepared for me, because I love Him and love His Son, Jesus Christ the Lord so much, I love the Holy Spirit and the sacred holy Word of God.

And our language defines us.

What we read defines us.

What words within the Word of God describe and define us?

Of course, since only 6% of people in America have a Biblical viewpoint, and barely anyone even picks up a Bible and reads it on a daily basis all these words are most likely in vain…

(Don’t be afraid. Once finished reading this, as you are now? Please take some time to check out the related links here on ACP found immediately below).

“The more carnal and worldly a man…”

Blessed Are the Forgiven

Away Then, All Fears

Drowning in a cesspool of profanity

SERIES: “Knowledge Of The Holy” By A.W. Tozer — Preface; Knowledge of the Holy

The Glory of God

Depend Fully on Jesus

The Tragedy of Looking Back