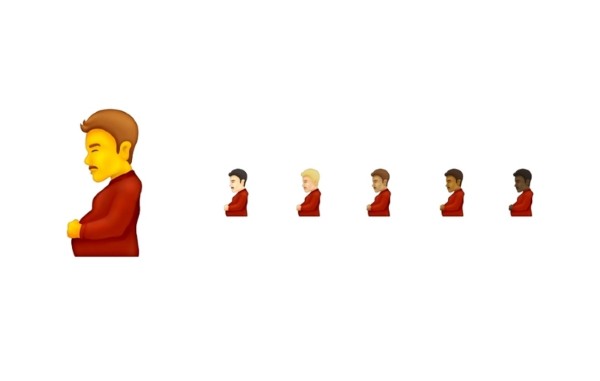 If anyone out there doubts we are living the Biblical times of Romans 1 that person is held captive in darkness, in the bondage of deceptions and delusions. Heeding more their master, the devil than knowing and heeding the words of God, knowing and heeding the clear signs all around. There is not one given day by the Lord that anyone of professed faith in either casual or intense and studied observation cannot come away at multiple points during that day, or night saying either to themselves or aloud, “God has certainly given over the people to their corrupt, wicked, reprobate minds!”

And because they did not think it worthwhile to acknowledge God, God delivered them over to a corrupt mind so that they do what is not right. They are filled with all unrighteousness…

For the wrath of God is revealed from Heaven against all the evils and the wickedness of the children of men, those who are holding the truth in evil. Because a knowledge of God is revealed to them, for God has revealed it to them. For the secrets of God from the foundation of the world are appearing to his creatures through intelligence, even his power and his eternal Godhead, that they will be without a defense, Because they knew God, and they did not glorify him as God, nor did they give him thanks, so that they became destitute in their reasoning and became dull in their heart without understanding. And when they thought in themselves that they were wise, they became insane. And they changed the glory of God, who is indestructible, into the likeness of the image of man, which is destructible, and into the likeness of birds and of four footed animals and of creeping things of The Earth.

Because of this, God handed them over to the vile desires of their heart to disgrace their bodies among themselves. And they exchanged the truth of God for lies, and they revered and served created things more than their Creator, to whom belong praises and blessings to the eternity of eternities, amen.

Therefore God handed them over to disgraceful diseases, and their females changed their natural need and became accustomed to that which is unnatural. And again also their males in this way abandoned the natural need for females, and they were ravished with desire one for another, even male for male, and committed disgrace and received a right reward in their persons for their error.

And because they decided in themselves not to know God, God handed them over to a worthless mind so that they would be doing whatever is inappropriate, As they are filled with every injustice and fornication, bitterness, wickedness, greed, envy, murder, contention, treachery and wicked reasoning, Murmuring, slander, and they are detestable to God, being insolent, proud, boasters, inventors of evil, lacking reason, who do not obey their parents, Because they have no stability, neither love, nor peace, nor compassion in them, Who, while knowing the judgment of God, that those who commit such things are condemned to death, were not only doing these things, but also were attached to those who were doing these things.

Finally, be strong in the Lord and in the strength of his might. Put on the whole armor of God, that you may be able to stand against the schemes of the devil. For we do not wrestle against flesh and blood, but against the rulers, against the authorities, against the cosmic powers over this present darkness, against the spiritual forces of evil in the heavenly places. Therefore take up the whole armor of God, that you may be able to withstand in the evil day, and having done all, to stand firm. Stand therefore, having fastened on the belt of truth, and having put on the breastplate of righteousness, and, as shoes for your feet, having put on the readiness given by the gospel of peace. In all circumstances take up the shield of faith, with which you can extinguish all the flaming darts of the evil one; and take the helmet of salvation, and the sword of the Spirit, which is the word of God, praying at all times in the Spirit, with all prayer and supplication. To that end, keep alert with all perseverance, making supplication for all the saints…

What is going on all around every person, in every land, and within every person is not a joke. not something to dismiss. To make excuses of and for, to deflect, to adopt the posture, meanings, explanations of the world. To shrug. To turn away. To go hide.

No! If you profess to be a disciple of the Lord Jesus Christ? A child of God? A true believer? Then come to know what is in the word of God and be equipped, prepared, and enjoined daily in the battle, in this spiritual war.

Do you wonder how it could possibly get the way it is?

Passivity, ignorance, denial, self-absorption, heeding and living according to false teachings, being more of the world than of the Lord, not paying attention, not truly caring, and living a lie as a professed Christian — because the Evil One, the Enemy and his legions do not ever rest. Do not ever grow lax, passive, or surrender as so many professing to be soldiers of Christ have.

Where is the onward Christian soldiers in the past 30, 40 years? Where!?

If now is not the time to awaken, put on and keep on and well maintained the full armour of God then when is?

What is the advantage of silence? Fear? Hiding? Delusion? Passivity? Ignoring and ignorance?

Better a whisper of the truth of the Lord, of the word than the defeating silence, hiding, delusion, lying, pretending, permitting, and not being discernable for the darkness!

Designers of emojis have rolled out new images for consideration, designs that include a “Pregnant Male” and “Pregnant Person” in an attempt to be more inclusive and represent so-called transgender pregnancies.

The website Emojipedia released its latest draft list of emojis containing new pictograms, including variations created to depict pregnant women who identify as men or nonbinary that it says will be available in mid-2022, “If approved in September 2021.”

According to the Unicode Consortium — a nonprofit organization that oversees emoji standards across digital devices — new pictograms will be added in September following an approval process. The images will be available on other platforms in subsequent months, People.com reported Monday.

Earlier this year, the Unicode Consortium said the release would be postponed because of the COVID-19 pandemic, moving it from March to September.

“Under the current circumstances we’ve heard that our contributors have a lot on their plates at the moment and decided it was in the best interests of our volunteers and the organizations that depend on the standard to push out our release date. This year we simply can’t commit to the same schedule we’ve adhered to in the past,” said Mark Davis, president of the Consortium, in a statement.

The Pregnant Man emoji came in sixth place in a fan-favorite poll of the most anticipated emoji with 5.3% of the vote. These emojis are purportedly an effort to be more inclusive and show ” … that pregnancy is possible for some transgender men and non-binary people.”

The term nonbinary has no material meaning as it is not biological, but has been defined by LGBT activist organizations and circulated by the media as pertaining to someone who identifies as neither male nor female or some of both.

Some Twitter users joked that the Pregnant Man emoji looked like a man who ate “too many tacos” and suggested, “this is going to help me up my #Thanksgiving game.”

“Newsflash @Apple, only women can get pregnant!” Rep. Mo Brooks, R-Ala., quipped on Twitter last week after seeing the Apple announcement of the pregnant man emoji.

Comedian and radio host Tim Young, likewise, quipped: “Sooo … the ‘trust the science’ crowd is very excited about the pregnant man emoji … got it.”

According to Vyvyan Evans, author of the 2017 book, The Emoji Code: The Linguistics Behind Smiley Faces and Scaredy Cats, emojis first originated in Japan in the late 1990s and went global in 2011.

Evans opined in a piece for the New York Post in 2017 that the reason for the global appeal of these digital symbols expressing a range of emotions is “to textspeak what body language is to spoken communication.”

“The emoji’s primary function is not to usurp language but to fill in the emotional cues otherwise missing from typed conversations. It allows us to be more effective communicators,” he said.