Dr. Seuss cancels itself, declares their own books as racist 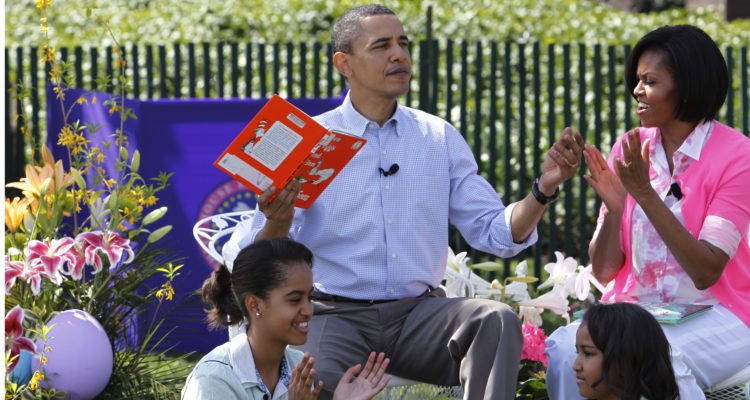 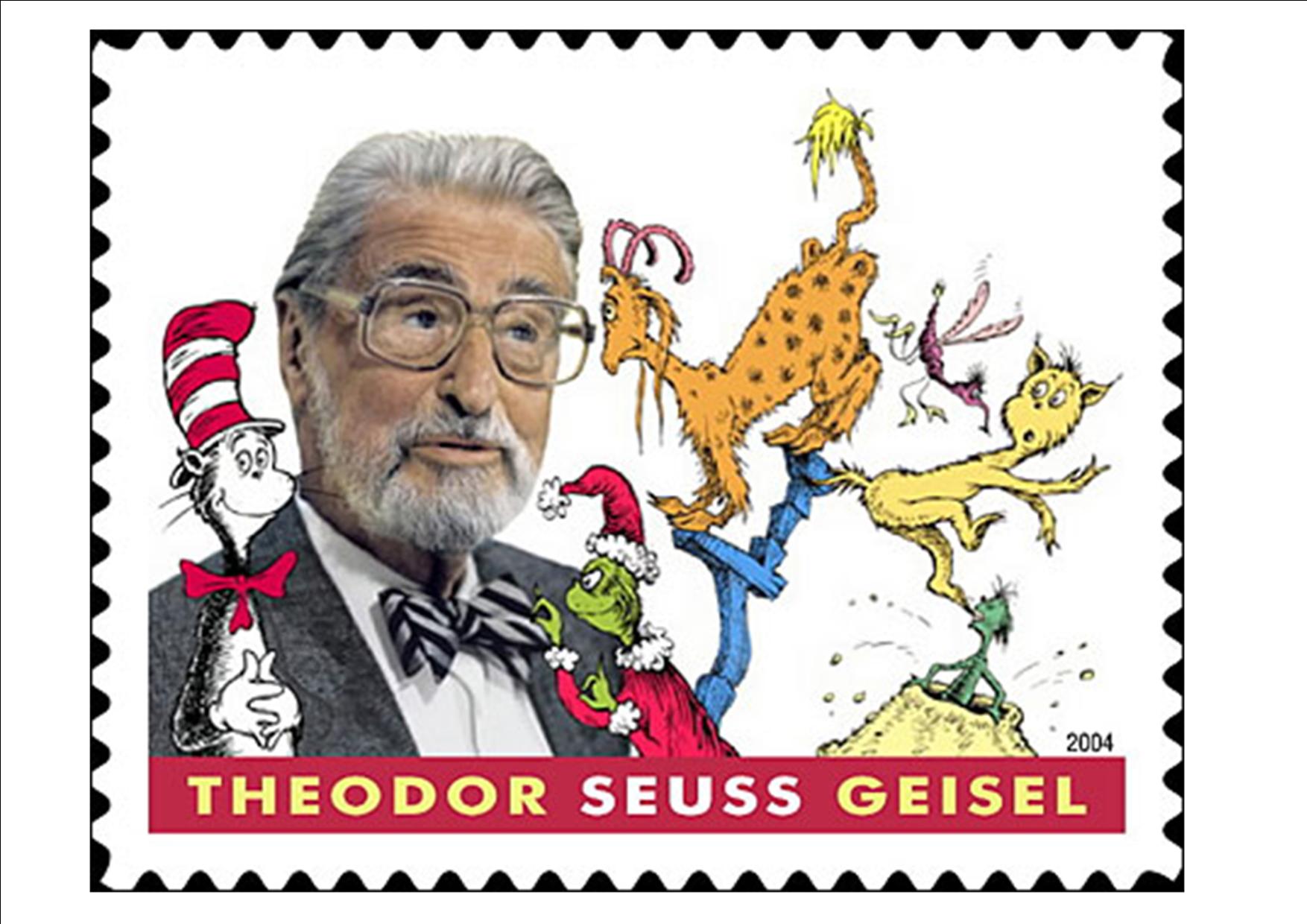 “Oh, nothing to pay attention to, no reason to get all up about it!”

Has anyone been paying attention to the massive ongoing nonstop CENSORSHIP that has been taking place in Western nations, and ESPECIALLY in America over the past few years? And it is escalating at a rate that would make Josef Stalin, Pol Pot, and every true Nazi proud.

And the fearful, spineless, cowardly in America do nothing. NOTHING about it, Other than acceptance. Other than silence. Other than complicity in that silent nothingness. Why we now have book publishers censoring and canceling themselves!

Do you really expect this censorship to abate? End? Be satisfied and stop?

Are we really that numb and unaware of the signs of the times, of history, of the facts seen, heard, smelled all around us at every turn?

This is not going to abate or be quenched.

Is anyone out there aware of how every oppressive fascist tyrannical regime began? Do we think they began in midstream? Full-blown? Or did they begin slowly and build into what they eventually became?

Are we so ignorant of history and we refuse to acknowledge how history repeats and how NOTHING IN HUMAN NATURE, NOTHING IN THE NATURE OF EVIL has changed throughout history?

Except now, there is the technologies at hand. Used for evil’s purposes in an instant to relay and connect with tens of millions, billions in a nanosecond.

And we now have nations and peoples once free and determined to preserve their freedoms and liberties at any cost bowing to the slightest whimper, the slightest clearing of the throat, the slightest sigh by evil forces within America.

If anyone needs signs and wonders in order to acknowledge and know that days grow shorter and the end of history as it has been known for thousands of years is close at hand, and what is coming is going to be despair, pain, suffering, and tribulation, unlike anything the world has ever known or ever will?

Just look around. Just listen. Just inhale deeply and smell the palpable stench of evil in the air.

All these bits and pieces may seem trivial. No big deal. Not related. Not connected. And it certainly won’t continue to go on much longer, or get more severe, they’ll know when to stop, right? And someone is going to stop them, right?

Find someone still alive who lived in Germany in the 1930s and ask them.

Find someone still alive who lived in Stalin’s Russia and ask them.

Better yet? Turn to the Word of God and come to know the truth of what is and what is to come. And why?

And the only Person that will stop it all? Is Jesus Christ the Lord when He returns. But for the overwhelming majority, it will be far, far, far, eternally too late by then,.

But let’s continue to live in denial. Illusion. Pretend mode. All so self-involved and pre-occupied or else approving of all that is transpiring right before everyone’s eyes, ears, and numb hearts and minds.

Why get all up about this? Why make it a big deal?

Because if you’re sitting there reading this convinced you’re a true Christian? As one we do not want to sit idle and permit evil to grow and consume and capture the hearts and minds of those in the world, in darkness, alien to God and Christ, do we? We do not want people cursed and condemned, do we? We want people to hear about, believe upon, confess their sin, repent, and to come out of the darkness, out from the curse, and to be saved by their faith in the shed blood of Jesus Christ the Lord and His resurrection do we not?

So why sit idle? Or be complicit?

Do we want people cursed and condemned to hell for eternity?

Or are we to fulfill the Great Commission and go forth and make disciples? To preach the Word, spread the gospel throughout the world?

And one place in this sick, lost, reprobate world that needs the gospel more than ever before?

The people, the government, the corporations, the institutions, the churches — the PEOPLE of America!

The numbness, the paralysis, the complicity, the silence, the APPROVAL of all that is transpiring is astounding and has never occurred before in history. Ever. What is taking place, what has transpired recently and is increasing in volume and quantity has never occurred in the world before in history. Ever. Some will refute this citing Nazi Germany and other locations — but THOSE places, those instances were taking place during a time of secretly ramping up for war and hoped for world domination by FASCIST, TYRANNICAL, MEGLOMANIC, COMMUNIST regimes.

Yeah, Robert Zimmerman, Bob Dylan is spot on. The times they are a-changin’…

And not for the better as the lies and propaganda is touted and proclaimed by smiling robotic elected and appointed officials and so-called experts.

America’s best days do not lie ahead.

When Dr. Seuss becomes a threat? Dangerous to the mind? Evil? Must be censored so it can no longer rot minds, destroy lives, its evil removed!

Well, folks…there’s a lot more going on here than concerns about racism and what young children are reading or being read.

I guess it’s better to indoctrinate them before the age of eight in that they should become homosexual or transgender, or to sit in their kindergarten class hundreds, thousands of miles away and write to a place about how they need to change their name because it’s offensive. Or to tear down monuments and statues of historical figures. To malign people like Abraham Lincoln, defame George Washington and others. Better to allow, permit, embrace and approve of rioting, anarchy, lies, subversion, and perverting of the truth and the tearing down of all the foundations than to have Dr. Seuss’s books on the shelf, eh?

You better begin to go someplace quiet and take serious stock of things dear ones. And then no longer sit idle, silent, thus complicit and approving.

Will we sit silent and idle right up to the point America also bans the Holy Bible? Censors the reading and preaching of God’s Word?

See the related articles, all of which have occurred in only the past week, below the article written by Josh Plank.

Then take just a couple of minutes. Go back about 11, 12 pages on ACP and slowly work your way to the most recent page. Everyone only gravitates to the top 3 stories on the first page and ventures no further. Take a few minutes to see what is happening so rapidly and how it is all orchestrated. Don’t worry — you won’t see ads, or pop-ups, or be asked to buy anything. You’ll only receive factual information not found on ANY broadcast media, and not many other places. You’re here anyway now…so keep going a wee bit longer…

Dr. Seuss cancels itself, declares their own books as racist

“These books portray people in ways that are hurtful and wrong,” said Dr. Seuss Enterprises.

Dr. Seuss Enterprises decided to preemptively cancel itself in the face of mounting racism accusations on Tuesday, the birthday of the company’s namesake, author Theodor Seuss Geisel (March 2, 1904 – Sept. 24, 1991).

Dr. Seuss Enterprises released a statement saying that the company, working with a panel of experts, had decided to cease publication and licensing of the following titles: And to Think That I Saw It on Mulberry Street, If I Ran the Zoo, McElligot’s Pool, On Beyond Zebra!, Scrambled Eggs Super!, and The Cat’s Quizzer.

“These books portray people in ways that are hurtful and wrong,” the statement said.

“Ceasing sales of these books is only part of our commitment and our broader plan to ensure Dr. Seuss Enterprises’ catalog represents and supports all communities and families,” said the company.

Seuss’ birthday has been celebrated as Read Across America Day since 1998. The observance was launched by the National Education Association (NEA) as a day to encourage children and teenagers to read.

A presidential proclamation is typically issued on Read Across America Day speaking of the importance of reading and mentioning that the day falls on Seuss’ birthday.

For example, President Barack Obama’s 2016 proclamation said that Seuss “used his incredible talent to instill in his most impressionable readers universal values we all hold dear.”

Obama said that Seuss “emphasized respect for all” and “reminded us not to take ourselves too seriously.”

In contrast, this year’s proclamation by President Joe Biden made no mention of Seuss.

Instead, the proclamation contained interesting facts such as, “Studies also show that reading improves our memory, helps us become better problem solvers, and even reduces the chance of developing cognitive disorders such as Alzheimer’s down the road.”

When asked about the president’s omission of Seuss, Press Secretary Jen Psaki said that Biden’s proclamation was actually written by the Department of Education.

“You could certainly speak to them about more specifics about the drafting of it,” she said.

“The day is also a chance to celebrate diverse authors whose work and lived experience reflect the diversity of our country. And that’s certainly what they attempted to do or hope to do this year,” said Psaki.

In February 2019, critical race scholar-activists Katie Ishizuka and Ramon Stephens published a paper titled, “The Cat is Out of the Bag: Orientalism, Anti-Blackness, and White Supremacy in Dr. Seuss’ Children’s Books.”

“The presence of anti-Blackness, Orientalism, and White supremacy span across Seuss’ entire literary collection and career,” said Ishizuka and Stephens, who advocated that the NEA reconsider Read Across America Day’s focus on Seuss and use their platform to promote anti-racist books by authors of color.

According to Ishizuka and Stephens, even Seuss’ The Sneetches, a book widely regarded as a statement against racism, “actually reinforces White supremacy by upholding deficit-based, disempowered narratives of oppressed groups and promoting colorblindness.”

Seuss, though not a Jew, was awarded the title of “Honorary Jew” by Jerusalem mayor Teddy Kollek in 1969 for his contributions to worldwide literacy and in recognition of his friendship for the Jewish people, according to the Jewish Press.

Seuss was a political cartoonist during World War II, publishing many cartoons in opposition to anti-Semitism and the Nazis.

http://Megyn Kelly has taken her children out of school due to the schools “hard left turn”

http://Now Is the Time to Let Your Light Shine

http://The Tsunami-like Impact of the Equality Act – BreakPoint This Week

http://God’s will is no concern of this Congress’: House passes transgender Equality Act

http://Why Do 1 in 6 Gen Z Adults Identify as lesbian, homosexual, bisexual, or transgender?

http://‘Raising your hand in class’ is a form of White supremacy,