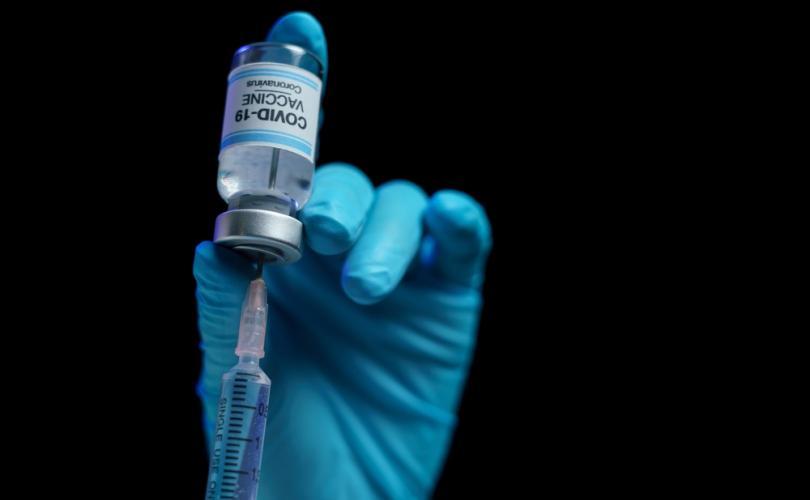 Pushing the potentially fatal vaccines, whilst enforcing lockdowns and forcefully quashing any physical or vocal dissent, seems to be part of a larger, globalist agenda, the panel concurred

February 19, 2021 (LifeSiteNews) – As part of LifeSiteNews’s “Unmasking COVID-19” conference, a panel of doctors has warned about the significant dangers of the experimental COVID vaccines, pointing to potential deaths, harmful or unknown side-effects, and describing the shots’ roll-out as a “clinical trial in the general population.”

Dr. Sheri Tenpenny, Dr. Eric Nepute and Dr. Pam Popper joined Stephen Kokx of LifeSiteNews in a panel discussion focused on the science regarding the vaccines, and whether it is right to regard them as the chief protection against COVID-19. The medics decried even calling the injections “vaccines,” since they did not meet the standards necessary for the term, and warned about the risk of the experimental products themselves attacking the body’s immune response system.

What are the vaccine development origins?

Whilst countries around the world are busy rolling out the rapidly developed injections, Dr. Tenpenny warned that the experimental vaccines do not even qualify for the term “vaccine.”

“I refuse to call it a vaccine because it doesn’t meet any of the standards by which a vaccine is supposed to work: to prevent the spread of infection, to keep you from getting sick, to keep you from being hospitalized, to decrease the amount of illness, to protect people from this contagion that’s out there. It doesn’t meet any of those standards.”

Even Pfizer and Moderna acknowledge this fact on the vaccine packaging, Tenpenny noted, before questioning why anyone would “take on all the risk of this injection, all the risk of what’s coming through the needle and in creating these adverse antibodies that literally are going to kill many people.”

The reason for such ineffectiveness, stems from a lack of proper testing and development, explained Popper, who questioned how one could even expect a vaccine to be effective in such circumstances. “It just defies logic that if, when they go through the charade of the clinical trials and there are no inert, placebo controlled clinical trials, they go through all of that, and the vaccine consistently is more harmful than useful. What would we expect with this ‘warp-speed’ thing that they just did?”

“They skipped all the steps that made the last batch of ineffective vaccines, that went on for decades. So thus we have no possible hope that this could actually be either safe or effective.”

Nepute added that whilst there are normally “17 points of criteria” to be met before giving emergency use authorization (EUA) to a vaccine, the current vaccines “came nowhere near close to doing that,” yet were still given EUA.

The few, limited trials which were carried out in the drug production, were performed on “perfect patients,” who are not representative of the population, since “nothing’s wrong with them,” Popper explained. Subsequently handing out such injections to the wider populace, thus becomes a “clinical trial in the general population with people who didn’t sign up to be enrolled in a clinical trial and don’t realize that that’s what’s happening to them.”

Vaccines which pose a health risk

A key issue addressed by the panel, was the very real concern about the effects of the experimental vaccines upon the health of those who receive them. Already, the Centers for Disease Control and Prevention’s (CDC) data shows that at least 653 deaths and 12,044 total adverse events had occurred by February 4, following COVID vaccinations. Similar reports are emerging from across the globe, with, as of February 11, the U.K. government reporting that at least 240 people had died following the rececption of a COVID-19 vaccine.

The panel explained that the spike protein contained in the injections causes the body to make antibodies in response, but in a way which is unknown. “It’s a whole different delivery system for genetically modifying your body,” said Nepute “We don’t know what cells in our bodies are affected with those five proteins, and that’s a scary thing. I mean, that affects heart tissue, that affects lung tissue, that affects everything in the body.”

He mentioned that “polyethylene-glycol” is contained in the vaccines, despite the fact that many people have a “hypersensitivity” to it, and added that the chemical had “never really been studied in a vaccine before.”

Tenpenny also warned of the danger posed by the antibodies resulting from the vaccine’s protein, saying that studies demonstrated how the antibody cross-reacts with “up to 27 different types of tissues.” A key problem was the reaction with the lining of the mitochondria, resulting in “absolutely profound fatigue.”

Whilst those advocating for vaccines want the injections to keep people immune, Tenpenny explained that the COVID injections don’t work in that way.  The antibody thus created in response to the injection, “instead of protecting you if you get exposed to that pathogen, what it does is it makes you sicker, turns on all of the autoimmune cascades that have been created by this antibody and starts to attack your liver, your lungs and your kidneys.”

“That antibody can literally go inside of your lungs and kill your lung tissue.”

With such results, Tenpenny predicted an “autoimmune cascade,” which would cause widespread illness and fatality: “everyone is going to be equally damaged now.”

Following on from the vaccine, she warned there would be an influx in people having difficulty breathing, or coughing blood. Those patients would then be declared as having a “mutant virus,” and vaccinations would increase, when “what these people are actually experiencing is the antibody created by the vaccine.”

Sinister motives behind the vaccine?

In the face of such results from the injection, which Tenpenny noted had been known about since animal studies in 2002, the question arose about whether there was some sinister motivation behind the vaccine roll-out.

“This whole COVID thing, we’re going to bypass all those animal studies and go directly to humans because we already know what happens in animals. We don’t have to do that again. We know they all die. Let’s just go right to humans. And that’s exactly what’s happened,” Tenpenny declared, in explanation of the mentality behind the governing bodies approving the injection.

In fact, she suggested that the high fatality rate and adverse effects from the experimental vaccine, had motivated the U.K. to delay giving the second dose of the injection by around 8 weeks, in order to allay any suspicions people might have about the vaccine.

“He who controls the gold, makes the rules,” said Nepute, pointing to the amount of lobbying performed by large pharmaceutical companies on governments and medical bodies, in order to promote their untested, and unsafe products.

The panel also commented on the link between those who are heavily involved in promoting the vaccine, such as Bill Gates and the World Economic Forum (WEF), and the self-confessed population control goals of such people. “The same people who would want to depopulate the planet, cause infertility…are the same people who supposedly care so much about you to develop this whole vaccine program to save you and make you safe.”

“It’s all about control,” Tenpenny warned.

Pushing the potentially fatal vaccines, whilst enforcing lockdowns and forcefully quashing any physical or vocal dissent, seems to be part of a larger, globalist agenda, the panel concurred. “It’s all a planned mechanism way to dehumanize us, to separate us, to not touch each other and not shake hands, not do any of those things…so that they can put us into an enslavement system of total control.”