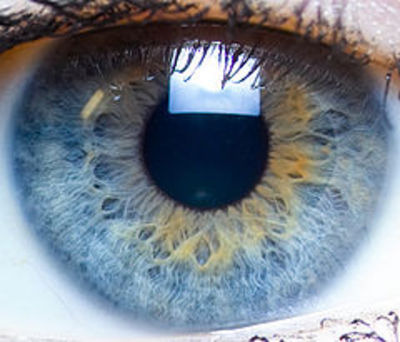 The article below, written by Eric Lyons is titled “Conveniently Redefining Design”. This does exactly what the world does, which is omit. Continually omit and only say or write a portion. not always with ill intent. The article below is an example of such. No ill intent and attempting to dismiss the mythologies and farces so many in science and academia push (even though many do not believe what they teach, and only teach the lies and theories that don’t hold water due to tenure, job security, no boat rocking and such).

The title should have contained two more words. One a greatly used preposition, the other one of the most important words in language misused, misunderstood, denied, altered, blasphemed and praised, known, honored and turned to by others — the words “of” and “God.”

I write this because of the words in the last sentence of the article below as well;

“We, on the other hand, choose to believe that, just as a painting demands a painter, and a poem a poet, the world’s amazing designs, which continually stump the most intelligent scientists on Earth, demand an intelligent Designer.”

I would like to see that last sentence read:

We, on the other hand, choose to believe that, just as a painting demands a painter, and a poem a poet, the world’s amazing designs, which continually stump the most intelligent scientists on Earth, demand an intelligent Designer and that Master Scientist, that Creator is called and known as God. Almighty, all-knowing, all-powerful God our Father.”

But that’s just me…

It’s a good article. But let’s not remove God. Lower God. Limit God. We cannot comprehend God and Jesus the Creators of all things known. And this constant delving into, debate, arguments avails nothing.

The unbelieving place their faith elsewhere. Outside of God, Jesus, the Holy Spirit and the inerrant infallible living Word of God.

All one need do to completely blow every THEORY and discussion and argument pertaining to Darwin, evolution, or everything came from nothing (which goes directly against the laws of science, of thermo-dynamics and such) is study and come to learn the amazing and miraculous operation and creation of the eye.

Eyes alone, once the knowledge of them is learned, will blow apart any discussion of big banging, oozing out of some goo, so on. The eye.

And we all need to keep those eyes, and our hearts within and upon God the Creator. To not be tossed to and fro like the waves of the sea, like leaves falling from trees. Not varying left nor right, but keeping centered always, daily, continually in God’s Word and in meaningful big prayer.

Our eyes and hearts always on the straight and centered within the Holy Bible.

See, come to know the truth. And remove all senseless debate, all worry, stress and concern from your heart and mind. Placing everything in the faith of Jesus. In belief of Jesus, God, the Holy Spirit and all things within the Holy Bible.

Ironically, though atheistic evolutionary scientists insist that the Earth and all living things on it have no grand, intelligent Designer, these same scientists consistently refer to amazing “design” in nature. Consider an example of such paradoxical language in a National Geographic article titled, “Biomimetics: Design by Nature” (Mueller, 2008). The word “design” (or one of its derivatives—designs, designed, etc.) appeared no less than seven times in the article in reference to “nature’s designs.” Evolutionary biologist Andrew Parker spoke of his collection of preserved animals as “a treasure-trove of brilliant design” (Mueller, 2008, p. 75, emp. added). After interviewing Parker, National Geographic writer Tom Mueller noted how the capillaries between the scales of a thorny devil lizard are “evidently designed to guide water toward the lizard’s mouth” (p. 81, emp. added). He then explained how “[i]nsects offer an embarrassment of design riches” (p. 75, emp. added). Mueller referred to nature’s “sophistication” and “clever devices” (p. 79), and praised nature for being able to turn simple materials “into structures of fantastic complexity, strength, and toughness” (p. 79). After learning of the uncanny, complicated maneuverability of a little blowfly, Mueller even confessed to feeling the need to regard the insect “on bended knee in admiration” (p. 82). Why? Because of its “mysterious” and “complicated” design. Brilliant and well-funded scientists around the world admit that living things perform many feats “too mysterious and complicated to be able to replicate.” They are “designed,” allegedly, with no “Designer.”

But how can you get design without purpose, intelligence, and deliberate planning? The first three definitions the Merriam-Webster Online Dictionary gives for “design” (noun) are as follows: “1a:a particular purpose held in view by an individual or group…b: deliberate purposive planning… 2:a mental project or scheme in which means to an end are laid down; 3a:a deliberate undercover project or scheme” (2008, emp. added). After defining “design” as a drawing, sketch, or “graphic representation of a detailed plan…,” the American Heritage Dictionary of the English Language noted that design may be defined as “[t]he purposeful or inventive arrangement of parts or details” (2000, p. 492, emp. added). A design is preceded by “deliberate purposive planning,” “a detailed plan,” or an “inventive arrangement.” A design is the effect, not of time, chance, and unintelligent, random accidents, but of the purposeful planning and deliberate actions of an inventor or designer. A designer causes a design to come into existence. Thus, by definition, design demands a designer, and one with some measure of intelligence.

Whereas National Geographic highlighted the field of biomimetics and encouraged readers to “learn from what evolution has wrought” (Mueller, 2008, 213[4]:75, emp. added), mankind would do better to mimic the actions of a noble inventor/designer from the mid-1800s. Samuel Morse, who invented the telegraph system and Morse Code, sent the very first telegraph from Washington, D.C. to Baltimore, Maryland on May 24, 1844 (“Today…,” 2007). His message consisted of a brief quotation from Numbers 23:23: “What hath God wrought!” (emp. added). Samuel Morse unashamedly testified to what everyone should understand: design demands a designer. Morse’s code and the telegraph system were the immediate effects of a designer: Samuel Morse. But, the Grand Designer, Who created Morse and every material thing that Morse used to invent his telegraph system, is God. Morse recognized this marvelous, self-evident truth.

National Geographic purports that nature “blindly cobbles together myriad random experiments over thousands of generations” in order to produce complex, living organisms that the world’s “top scientists have yet to comprehend” (Mueller, 2008, 213[4]:90). We, on the other hand, choose to believe that, just as a painting demands a painter, and a poem a poet, the world’s amazing designs, which continually stump the most intelligent scientists on Earth, demand an intelligent Designer.

We are happy to grant permission for items in the “Creation Vs. Evolution” section to be reproduced in part or in their entirety, as long as the following stipulations are observed: (1) Apologetics Press must be designated as the original publisher; (2) the specific Apologetics Press Web site URL must be noted; (3) the author’s name must remain attached to the materials; (4) textual alterations of any kind are strictly forbidden; (5) Some illustrations (e.g., photographs, charts, graphics, etc.) are not the intellectual property of Apologetics Press and as such cannot be reproduced from our site without consent from the person or organization that maintains those intellectual rights; (6) serialization of written material (e.g., running an article in several parts) is permitted, as long as the whole of the material is made available, without editing, in a reasonable length of time; (7) articles, excepting brief quotations, may not be offered for sale or included in items offered for sale; and (8) articles may be reproduced in electronic form for posting on Web sites pending they are not edited or altered from their original content and that credit is given to Apologetics Press, including the web location from which the articles were taken.