Conditioned, brainwashed & utterly lost in all the babel; Fascism Comes to the U.S.

Conditioned, brainwashed & utterly lost in all the babel… 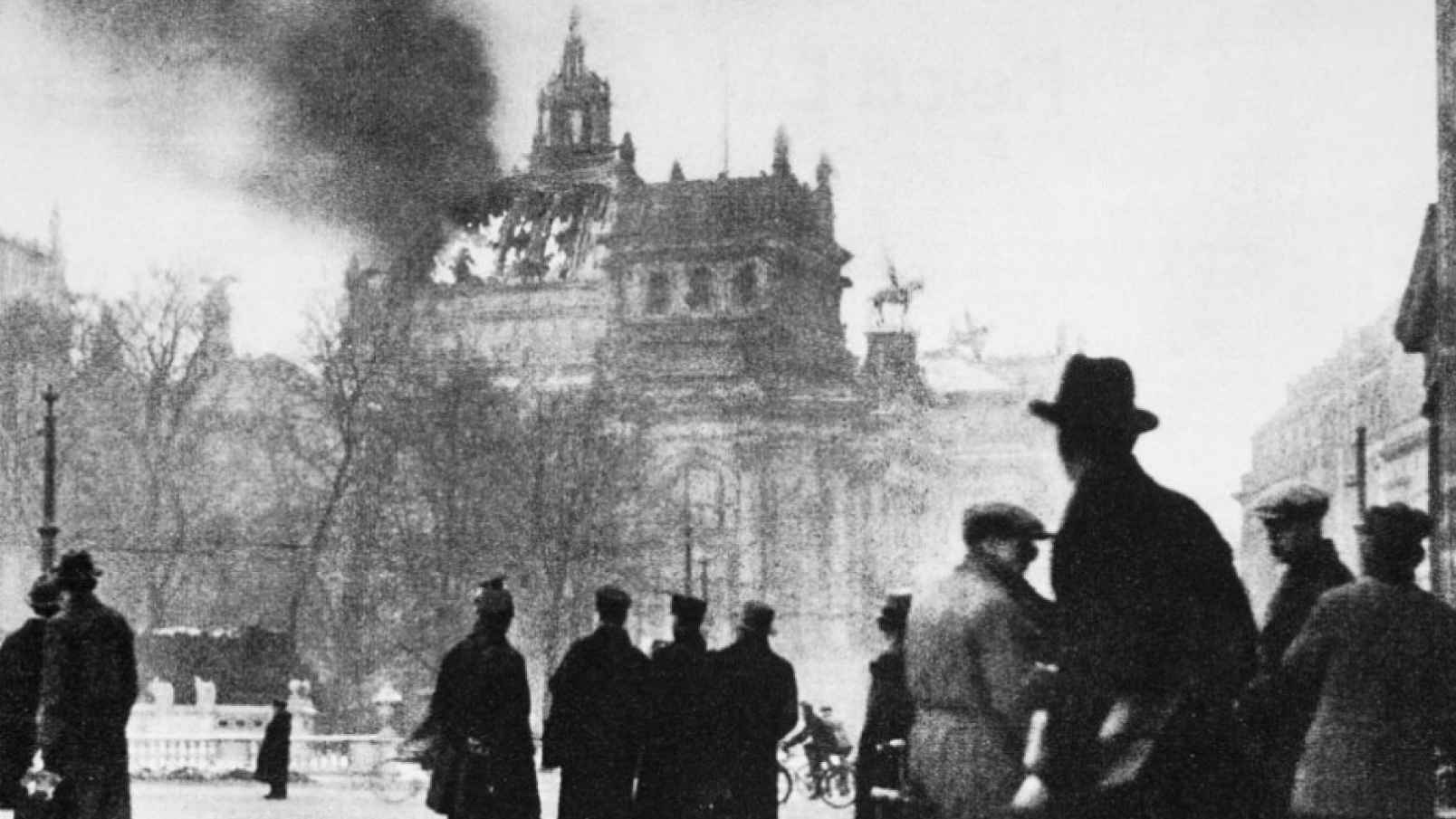 Words are vitally important. Their definitions ought not to be tampered with and changed to fit some modern agenda. Ever. Words and their meanings should not ever become corrupted or perverted, but sometimes being a stickler leads to semantics and all the conditioned, rhetoric, brainwashing, and babel…

It’s a myth the creators, the leaders of any and every communist regime lived like the people they dictated share the wealth and everyone lives alike, looks alike, thinks alike, speaks alike and no one has more materialistic goods or stature than anyone else. Every communist creator and leader has lived like kings while oppressing their people. Because it’s all a lie. Always has been. Always will be.

The same applies to fascism. While it is taught, for example, that Adolf Hitler and the Nazis loathed the communists he and his cohorts the Nazi elite held themselves above the people in every manner, especially in the liberties and materialism they permitted themselves. The opulence while they too espoused a universal way to think, speak, live, and act. All for the Reich. All for the Fatherland. All for the Fuhrer.

Communis is in truth at its cold, dark dead heart fascist.

Fascism is at its cold, dark dead heart communistic.

Communism has morphed to fit the agendas of sinful man. Don’t believe this? Stuck in believing communism is what was taught in American public schools in the 1950s and 1960s? Then explain Communist China and still communist though the world believes the lie it fell and exists no longer — communist Russia.

Explain what America is morphing into.

As the older generation dies out do you realize that in poll upon poll, survey upon survey over the past 5 years those under the age of 35 say in a majority voice that the First Amendment needs to be either shelved or rewritten? Because they don’t like it.

Don’t be misled by the multitude of words and phrases to deflect and distract.

Woke is what someone does upon rising from being asleep. “Alice woke up in the backseat of the car once her parents arrived at their destination.”

Woke is only that. Just that.

All those defined, labeled, under the woke banner? Once again deflecting from reality and perverting the language to soften and distract from the reality? Woke just means a modern-day fascist. A modern-day communist. In the West. Educated in the West. Coddled and pampered in the West. As they idolize self in their constant bath of self-adulation, self-awareness, self-elevation, self-obsession. While DICTATING TO ANYONE AND EVERYONE THEY DON’T LIKE AND AGREE WITH HOW THOSE PEOPLE MUST BE KILLED, BEHEADED, REMOVED, so on.

Ahh, their tolerance, love, and understanding they all proclaim and don’t exhibit. Their “diversity” is not diversity at all but pure, cold, hard group thought fascism/communism.

And it isn’t coming to America.

It’s been here and is now spreading faster than a California wildfire in the summertime.

Another conditioned, brainwashed and errant belief?

Fascism can only come from right-wing ideologies and agendas.

Wise up folks. Wake up and smell the fascism and communism stench permeating the air from what once was sea to shining sea over what once were amber waves of grain…

And know this — the regime, the government that is being put in place, all the technology being developed and put in place, all the false teachers rising up, the everything of everything? It’s all leading to and putting all the pieces in place for the appearance of the most deadly, harsh, iron-fisted, evil fascism to ever appear on the earth.

And this time? It won’t rise up in one nation, or two. This time it’s going to be worldwide.

And embraced and idolized and cheered and worshipped just as the overwhelming majority in Germany in the late 1930s and early 1940s embraced, idolized, cheered and worshipped its leader of that time, the people of the world will do the same and even greater — as they will take this evil fascists leaders name branded into their skin they will idolize and worship him to such a degree.

Coming to a country, a world near you much sooner than later…

And one last word and thought to get straight finally can we? Let’s not speak or write of the “secular” world versus the “Christian” or spiritual world.

Let’s get clear on this as well.

It’s the PAGAN, Satan led world versus the righteousness of God and those people who have died and risen with Christ crucified and resurrected, in God’s free gift of grace, in their faith, in their serving the Lord Jesus Christ as His true disciple.

I realize that’s longer than secular vs, Christian, but let’s be clear. It’s PAGAN & Satan and his enslaved and ministers vs. God, Jesus, the Holy Spirit, the word of God, and those who believe and serve the Triune Godhead and the Word.

Time to get words, definitions, our speech, and thinking right.

We’ve allowed too much erosion, perverseness, corruption, and wearing away day after day.

It’s high time to restore. And implore others to do so as well.

Fascism Comes to the U.S.

Yes, it’s a woke fascism of the Left, but it’s still fascism.

The destruction of the freedom of speech in America today is being carried out by the Leftist establishment that dominates the political sphere, the social media giants, the establishment media, the educational system – virtually everything, really. The Left is using the Capitol riot of January 6 as its Reichstag Fire moment to criminalize, silence, and destroy utterly not just President Trump, but all Americans who still dare to oppose its sinister woke totalitarianism. In doing so, Leftists are revealing themselves, for all their rhetoric about how Trump and his supporters are fascists, to be quintessential fascists themselves.

This fact is all too often waved away by those who insist, quite correctly on one level, “They’re not fascists, they’re Communists.” The National Socialists of Germany strongly identified with Mussolini’s Fascists in Italy, and brawled on the street with the Communists. Hitler made his determination to destroy Communism in Europe a centerpiece of his agenda. So many assume that Leftists today, carrying the banner of Antifa, an organization that was born in 1920s street fights with the National Socialists, could not possibly be fascists.

Yet they can be and they are. Contrary to what many believe, being a Communist and a fascist is not a contradiction in terms, like being a Republican Democrat or an honest journalist. Communists and National Socialists were bitter enemies in Weimar Germany in large part because they were competitors in the same arena: in the late 1920s and early 1930s, they were the two major German parties that wanted to destroy the Weimar Republic and impose authoritarian rule. They just disagreed over who would be in charge.

They disagreed about more than that as well, of course. Marxism is based on total government control of the means of production, whereas the National Socialists, although they flirted with this idea in various ways for years before coming to power, allowed for private enterprise. However, this, too, was not as large a gap between the two as many people assume it to be. Hitler biographer Peter Longerich notes that “six months after the ‘seizure of power’ with its various upheavals, Hitler had reached a deal with German business, according to which their authority within their enterprises was increased in return for an agreement to submit to overall direction by the state.” The means of production were still privately owned, but they were wholly under the control of the National Socialist state.

This deal between Hitler and the German business titans was one of the principal reasons why his regime is called “fascist” at all. The word “fascist” comes from the Latin fasces, “bundles,” usually bundles of wooden rods. It might seem at first glance to be an odd name for a political movement, but the idea was that the disparate forces in society were bundled together in a unity of purpose and allegiance. Thus for the ancient Romans the fasces were a symbol of governmental authority, and from that Mussolini took the name of his movement. In ensuring that private businesses could remain private but had to work for the good of the state as a whole and under direction of the National Socialist government, Hitler was bundling together the titans of business, unifying them in service to his agenda.

So it is today. The social media giants and the Leftist government elites, the swamp that has reasserted its hegemony by installing Old Joe in the White House, are working in lockstep. The government doesn’t own the social media outlets, and it doesn’t have to: whether Big Tech is submitting to overall direction by the state or the state is submitting to overall direction by Big Tech, the outcome is the same: every major force in American society is marching in the same direction, while dissenters are stigmatized, demonized, framed for crimes they didn’t commit, silenced, and isolated.

Thus what we are seeing in the last few days, with the banning of the president of the United States from the main means of communication today, and the unity of purpose between the media, Big Tech, and the Democratic Party in propagating the Big Lie that Trump incited violence and attempted a coup on January 6, is fascism in action. And if the fascists aren’t stopped soon, what we have already seen will be just the beginning.

Robert Spencer is the director of Jihad Watch and a Shillman Fellow at the David Horowitz Freedom Center. He is author of 21 books, including the New York Times bestsellers The Politically Incorrect Guide to Islam (and the Crusades) and The Truth About Muhammad. His latest book is Rating America’s Presidents: An America-First Look at Who Is Best, Who Is Overrated, and Who Was An Absolute Disaster.