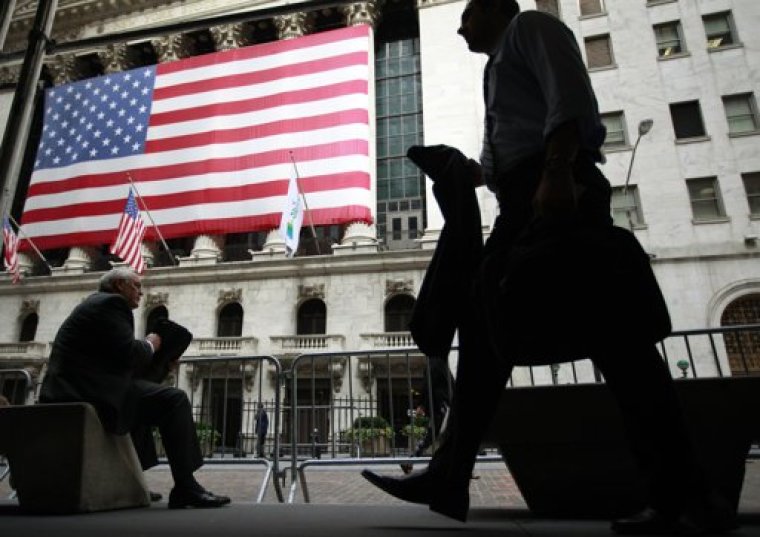 We are now in “proxy season,” the period starting in April in which many publicly traded companies have their annual shareholder meetings. As chief economist for a financial firm that has substantial investments in a broad range of companies, I have been attending these meetings with the particular purpose of asking management about the Equality Act – a proposed law that has been endorsed by a shocking number of publicly-traded companies. The Equality Act is radical in many ways, but most of all in that it directly and explicitly overrules the Religious Freedom Restoration Act. As a Christian, and a believer that companies should focus on business and not politics, I was concerned that this extremist piece of legislation had the support of so many corporations. So, I arrived at these meetings well before they started and submitted my questions ahead of time. In every case so far, the question I asked has not been answered on the call. That was disappointing enough in its own right, but in several cases, the companies in question did something particularly egregious: They implied or outright said that there were no more questions to answer, even though my question was never even acknowledged.

First was Exelon, a major energy provider, which implied that all the questions had been answered when (at least) mine was not. Then there was health insurance provider Cigna, which went further than Exelon by stating explicitly at the end of the meeting that there were “no further questions.” (Those who have been paying attention might remember this Washington Examiner report that revealed Cigna’s employee diversity training included descriptions of “religious privilege,” implying that their faith made Christians the beneficiaries of unfair societal advantages.) The same thing happened with Corning Inc., a producer of specialty ceramics and glassware used in advanced optics. At the start of the question portion of the meeting, which is there – in theory – so that shareholders can get answers about how the company they own is being operated, stated there were only two shareholder questions before saying, “That’s it. That concludes our Q&A portion.”

But that was not “it,” just as it was not “it” for any of the other meetings I attended. To be clear, I am not an activist investor – someone who buys a small number of shares in a company just to be able to talk at shareholder meetings. I am involved in the creation of funds based on their qualities as investments. In many cases, our investment in these companies has stood for months or even years and can be measured in millions of dollars. My concern was about what exactly these companies were up to by publicly tying themselves to legislation that could be described, at best, as deeply controversial. It would be more accurate to say the Equality Act strips away legal protections for all traditionally religious Americans.

What exactly caused this apparent breakdown in communication between the investor and the steward of said investor’s money is not clear, but it is conspicuous that they would not answer questions that demanded a defense over a controversial matter, while being more than eager to answer the questions that gave them ample opportunity to broadcast their commitment to secular progressive social ideology.

Flat-out ignoring shareholder questions is bad. Falsely stating that all the questions were answered is a lot worse. I reached out to the Investor Relations departments, by phone and email, of all the companies whose meetings I have attended – namely Exelon, Cigna, Ameriprise, and Corning. Only Exelon, who I spoke with off the record after the annual meeting, has responded as of this writing, so keep in mind that this story is still developing. In addition, the general policy for these companies is that questions that are not answered in the annual meeting will be addressed in writing on their website sometime in the future, generally within a matter of weeks. But the stakes are obviously much higher on the live call than they are several weeks later in a written statement on the website.

I also reached out to Scott Shepard, a fellow at the National Center for Public Policy Research and Deputy Director of its Free Enterprise Project, who has been active in corporate engagement for years. He told us by email that “companies have too often misused the virtual shareholder meetings of the lockdowns to ignore shareholder questions that they don’t care to answer honestly. They often then compound the problem by pretending that the problems were never submitted. These are the same companies that have signed onto the Business Roundtable’s ‘Statement of the Purpose of the Corporation,’ a rhetorical embrace of ‘stakeholder capitalism.’ But their treatment of questions they don’t like beautifully illustrates how they intend to use this shift: they’ll ignore all stakeholder interests other than the ones that fit their own personal policy preferences, and use the facade of stakeholder capitalism to enact their personal preferences at the expense of proper company and shareholder interests.”

A Reuters report in August 2020 highlighted the growing problem of publicly-traded companies exploiting the fact that the COVID-19 pandemic has forced annual meetings entirely online to ignore shareholders questions – over half of them, according to one study. Justin Danhof, General Counsel for the National Center for Public Policy Research and Director of the Center’s Free Enterprise Project, told Reuters that “companies used the crisis to set up question-and-answer sessions that are a joke.”

Not having to face shareholders in person when they ask their question is certainly beneficial for a corporation that wants to avoid accountability, especially if those questions are about endorsing a piece of legislation that would inspire outrage if people knew what it contained.

There is much to say about the Equality Act, and why so many corporations consider it in their interest to publicly endorse it. You can read more about the legislation here, here, here, here, and here. In brief, if this law were ever passed, it would mean the remaking of our legal landscape in the image of left-wing secular dogma. Of all its radical clauses, the one that should prompt the most concern for the future of religious public life in the United States is that it directly, specifically, by name, guts the Religious Freedom Restoration Act, or RFRA, which is bipartisan legislation that was passed nearly-unanimously in 1993. The text of the Act is explicit in exempting itself from the Religious Freedom Restoration Act, one of the most important laws protecting religious liberty, as if those who wrote the law anticipated that it would violate religious liberty, and want to pre-emptively rule out any challenges to any aspect of the law on that basis. The Human Right’s Council (an organization as deceptively named as the law they are lobbying for) boasts that the Equality Act has the public endorsement of more than 160 businesses.

All the companies I have put questions to at annual meetings so far are supporters of the Act, by the HRC’s own count. I expected that they would give unsatisfactory answers to my questions, but I did not expect large, well-known companies such as Exelon and Cigna to not answer those questions at all in their annual meetings. Though maybe we shouldn’t be surprised if the kind of company that privately teaches its employees about Christians’ “unearned privilege” doesn’t want shareholders questioning the Equality Act.

Jerry Bowyer is financial economist, president of Bowyer Research, and author of “The Maker Versus the Takers: What Jesus Really Said About Social Justice and Economics.”