Coming to a place near you sooner than you may believe… 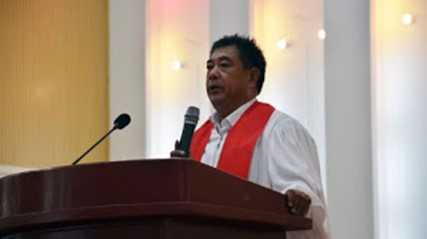 In 2013, the Yuanyang County Central House Church had relinquished its status as a government-sanctioned church and merged with a local house church. Typically, as 700 to 800 believers attended services, with the church owning several buildings, it became the largest local house church in the area.

The next day, Yuanyang County religious affairs bureau authorities, police, and urban management officers forcibly removed the cross on top of the church. They also removed signs inside the church, proclaiming, “Love God and people.” Authorities then forced church members to raise China’s national flag in front of the church. 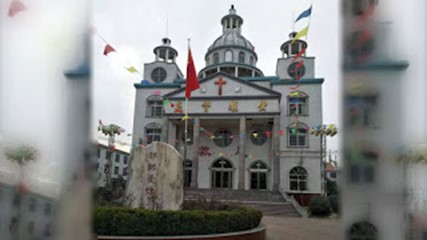 One month after the arrests of Pastor Li and the three other Christians, authorities permitted the three believers arrested with Pastor Li to be released on bail—but continued to detain Pastor Li.

Li Chao, Pastor Li’s son, contends that CCP authorities fabricated all the charges against his father in retaliation for him taking a stance against the CCP’s demolition of the church cross and the government suppressing house churches to tighten its control over religion.

the author and finisher of our faith,
who for the joy that was set before Him
endured the cross, despising the shame,
and has sat down at the right hand of the throne of God.
~ Hebrews 12:2 (NKJV)

China Aid exposes abuses in order to stand in solidarity with the persecuted and promote religious freedom, human rights, and rule of law. If you wish to partner with us in helping those persecuted by the Chinese government, please click the button below to make a charitable donation.