Church of the woke: “Hands up, don’t shoot” 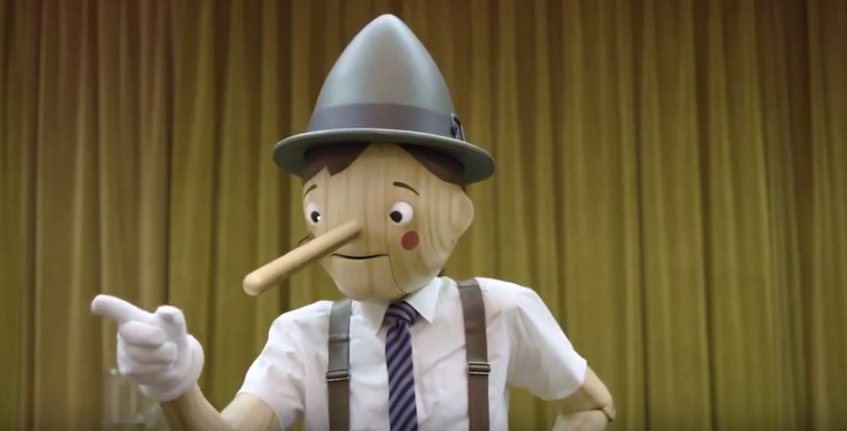 Outside are the dogs and sorcerers and the sexually immoral and murderers and idolaters, and everyone who loves and practices falsehood.

For you are the children of your father the devil, and you love to do the evil things he does. He was a murderer from the beginning. He has always hated the truth, because there is no truth in him. When he lies, it is consistent with his character; for he is a liar and the father of lies.

You are of your father the devil, and you want to carry out your father’s desires. He was a murderer from the beginning and does not stand in the truth, because there is no truth in him. When he tells a lie, he speaks from his own nature, because he is a liar and the father of lies.

Lying lips are an abomination to the LORD, but those who act faithfully are his delight.

The righteous hate what is false, but the wicked make themselves a stench and bring shame on themselves.

What can be seen, heard, felt, and smelled rising up in this nation and around the world is the children of the devil, the father of lies making their father proud.

And very sadly few are testing the spirit from which their words are coming and many are falling blindly into an almost hypnotic trance bowing to all the lies. Imagining they are invoking Christian compassion, Christian sympathy, Christan love when all they are doing is falling prey. Tripping into the snare. Being complicit in all the lies.

Where is the testing of every spirit? Where is the searching for what is true? The history? The facts?

All these professed fine, good folks, all these pastors, ministers and declared Christians not testing the spirits and words spewed are shameful and not abiding by the Word of God and what it really means to be a disciple of the Lord Jesus Christ.

They are walking about in a fog. Almost as if under anesthesia or some drug. And the drug is the lying lips of Satan and all of the devil’s children doing his work for them.

Pastors are coming out in sympathy and agreement with the rebellion in this nation thinking they are exhibiting Christian love when it is clear they know not what that love truly means.

I write this, because if any of these pastors or professed Christians have children, and those children attend a school, especially a private institution, those pastors, parents as they are, those professed Christians with children would certainly be diligent and responsible in investigating, searching out what the schools they are considering enrolling their children in teach. What those schools practice and believe.

Yet these very same people cannot take what would amount to 15 minutes to learn what these anarchists, these anti-Christian, anti-every existing foundation, these Marxists, these terrorists and openly violent, openly filled with rage and hate people really stand for, are trying to accomplish, what they believe in.

Would you not agree with this?

They can’t have their lies, their worldliness, and their true Christianity too!

Church of the woke? If it were not so vile and happening it would be just another flat, fallen terrible joke.

But this is evil diligently at work. And the millions blindly serving and following evil.

Under strong delusion. Given over to unrighteous corrupt minds.

It’s sad. So, so very sad my dear friends. So, so very sad all that will be lost for eternity unless they repent and come out of the darkness and the pit into the light to come to know the source of Truth — the Lord Jesus Christ!

Liars and their lies. Beware. Do not fall into their deadly snare.

The greatest truth of any truth is God the Father, the Lord Jesus Christ, the Holy Spirit, and all, every word contained in the living and active Word of God!

Come into its light. Follow it’s light and it will keep you if you keep your feet on its righteous pathways drawing closer to the Lord.

We’re at war folks. There is no going AWOL. You can try but there is nowhere to hide or get away from this war. No deferments. No living in denial. We’re at war my dear friends and it’s time like no other to gird those loins (and if you do not know why those words are used in the Bible do some homework to learn the history) and be equipped, awake — not this made up dung of being “woke” as they are among the most blind! — and be engaged in this spiritual war. The greatest and most important war of all wars. The war that will decide everything. And the only way to be a victor is to look to the Lord Jesus Christ and God the Father and be a soldier in the full armour of God in this war. 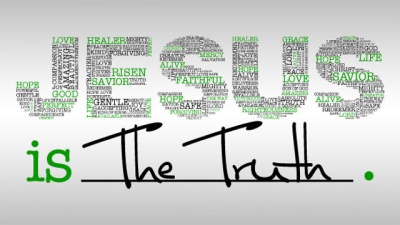 Church of the woke: “Hands up, don’t shoot”

During these days of COVID-19, when many churches remain closed by government mandate to keep the virus from spreading, a new religion has arisen in the country…and it’s all based on a myth.

Citizens Free Press (7/25/20) posts a video in Portland, Oregon, where you can see worshipers of the “Church of the Woke,” participating in an outdoor religious service. This consists of hundreds, perhaps thousands, of souls, shining their lights and chanting, “Hands up, don’t shoot me.” And they certainly do not appear to be practicing social distancing.

In 2014, in Ferguson, MO, Michael Brown was killed by a police officer. The myth says that he was walking away from the police officer, and saying, “Hands up, don’t shoot” when the officer shot him in the back.

The Obama administration’s investigation, however, found instead that Brown had raced toward the police officer and reached into his car in an effort to grab his gun. The officer shot Brown to stop him.

On March 17, 2015, after the Department of Justice released its findings on the Michael Brown shooting, Jonathan Capehart of the Washington Post posted this video commentary, saying that the “hands up, don’t shoot” line turns out to be a “false narrative.”

Capehart says the “hands up, don’t shoot” line—although in actuality false—resonated because of the perceived reality of police brutality against unarmed black men and boys.

Says Capehart: “It’s imperative we continue marching for, and giving voice to, those of us killed at the hands of police and others. But we must never allow ourselves to march under the banner of a false narrative on behalf of someone who would otherwise offend our sense of right and wrong.”

I see “Hands up, don’t shoot” on T-shirts or placards, and it’s all a myth.

And now we even have virtual worshipers from the Church of the Woke singing “hymns,” chanting, “Hands up, don’t shoot.” This reminds me of the line attributed to G.K. Chesterton: “When a man stops believing in God, he doesn’t then believe in nothing, he believes anything.”

What a contrast are all myths, modern and ancient, when compared with the Gospel of Jesus Christ that is rooted in history. If Jesus had not bodily, literally, physically walked out of His tomb, then Christianity would indeed be a myth. But He not only arose from the dead, but He appeared repeatedly to His disciples, providing them with “many infallible proofs” that He was alive.

Mason Weaver is an author and motivational speaker and a dedicated Christian. Many years ago, he had been involved in the Black Panthers. He thought hating the white man was the way to go. He personally experienced a racist attack at the hands of a fellow Navy seaman that almost killed him.

After Weaver was attacked in the early 1970s, he says, “I got out of the Navy, and I went to Berkeley, where I ran across other black men that hated America and they hated society, and they hated the principles of this country. And we began to hate together because you are who you associate with. But I had this emptiness in me.”

As Mason began to be consumed by hate and the desire for revenge, childhood memories of his Christian upbringing began to nudge his conscience. He began to realize the significance of Jesus having risen from the dead, which transformed His disciples.

In a television interview for D. James Kennedy Ministries, Mason said, “I began to look for God again. And what I discovered was, in searching for God, it came down to those disciples. Those disciples saw something, something they witnessed that changed their very characteristics. It changed who they were. You had cowardly, self-centered men…and all of a sudden, some incident happened, and they became bold warriors, not afraid of death any longer. They saw something. It was the resurrection.”

Weaver adds, “And I had to recognize as an angry black militant, speaking Swahili, who hung out with Black Panthers, I had to recognize that God Almighty was born of a woman just for me…. He allowed His precious holy body to be nailed to the cross with me in mind, personally, my name…. He came out of the grave for me, went to heaven for me, and will come back for me. And when I finally recognized that Jesus Christ did not compromise with me, on the cross, I took a deep long breath and said, ‘I can no longer compromise with Him in the world.’”

Mason Weaver discovered the Church of Jesus is based on historical facts, as opposed to the false narratives that stoked his hatred. Coming face to face with the reality of Jesus, who is Truth Incarnate, is what we all need—including those of the Church of the Woke. 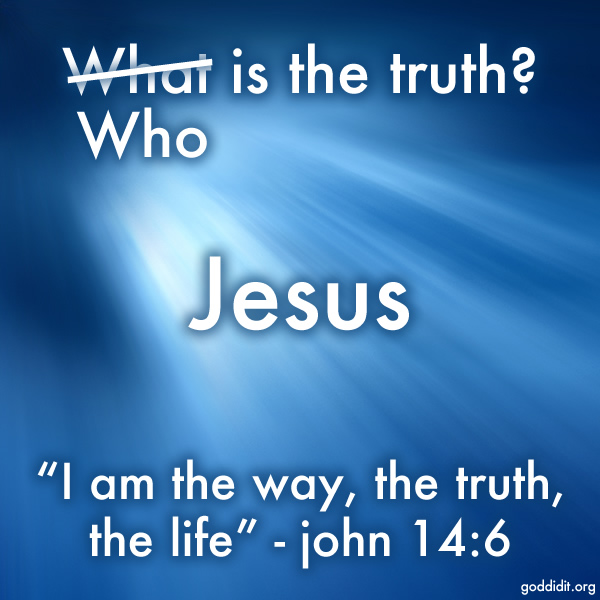