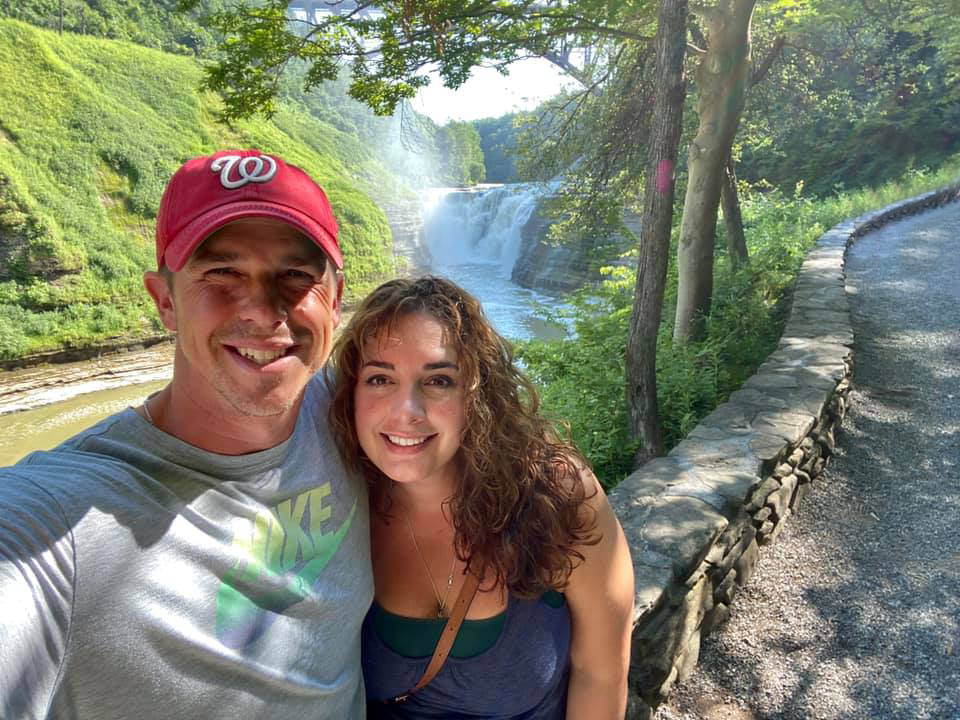 Tanner Cross with his wife Angela.

There was a profound First Amendment victory in Virginia recently that barely got a mention from the nation’s leading news sources. Religious adherents to the new cult of Diversity, Inclusion and Equity (aka D.I.E.) don’t seem to actually value any of the three. Here in Loudoun County, an out-of-control school board is implementing policies without regard to the division and harm they are causing. The majority of these elected officials seem to forget their role is to serve the community by ensuring our taxpayer-funded schools are educating our children. Instead, many of the (soon-to-be-recalled) school board members have opted to indoctrinate children, alienate parents, and litigate against their own staff.

When Tanner Cross—an elementary physical education teacher—decided to share his views at a public meeting on the school’s unconstitutional lesbian, homosexual, bisexual, transgender, and queer gender/pronoun policy it revealed the lie of D.I.E.. Two days after sharing how he loved his students too much to lie to them by calling a boy a girl and vice versa, Loudoun County Public Schools (LCPS) tried to make an example of Tanner by putting him on “administrative leave.” His courageous stand, not only for free speech and religious liberty, spoke volumes about how much he cared about the precious and easily malleable minds in his school. This is how Christ felt. He loved little children. He healed them. He spoke of them in parables. He loves the broken…enough that he sacrificed himself so that we (yes, all of us are broken) can be set free. Tanner emulates this model. Every Christian should.

The religious devotion to the brokenness of D.I.E., however, led LCPS to see him as an enemy. To the shock of the .03% of those who protested against Tanner’s constitutional rights, LCPS’ attempt to fire him backfired. Judge James E. Plowman reinstated his job and scolded LCPS for violating Cross’ First Amendment rights.

LCPS wouldn’t relent. They wanted to show zero tolerance for any diversity; any view outside of their pseudoscientific lesbian, homosexual, bisexual, transgender, and queer worldview must be silenced. (I know because I spoke to defend Tanner at school board meetings. I live in Loudoun County. My wife and I have pulled several of our own children out of the public school system.) The school administration certainly didn’t want to include him as a valued staff member any longer despite the fact that students were awarded “Time with Tanner” for good behavior. And they definitely had no interest in actual equity, or fairness, as they pursued firing him again for daring to have a different faith and science-based opinion.

But there’s more to the picture than quickly fading headlines. There are real human beings who never imagined being in the spotlight over something so basic, so scientific, so apparent. Boys are boys. Girls are girls. Tanner and his wife Angela love children. It’s not just a line in his speech, it’s their lives. Tanner has been an educator and coach for 15 years. His wife, Angela, has been a public school teacher for 10 years. Since then, she’s become the owner and teacher of an in-home Christian Pre-k and Kindergarten program. Going through the legal battle to keep his job over the past few months has been such a shocking and painful journey. What people don’t realize is that this amazing couple (spoiler: they’ve become friends of mine) has been through an even more painful journey—not being able to have kids.

Since being married eight years ago, they’ve struggled being able to conceive a child. They eventually came to understand that the child(ren) they were meant to love may not be biological, but that journey has been marked by repeated heartbreak. An adoption plan fell through because of a last-minute change of mind. It was devastating for the Crosses. Another foster-to-adopt journey ended with them being told they weren’t the right “racial match.” We’re all one human race. That’s all that matters. As someone who is “biracial” (black/white) and was adopted into a multi-color family (of fifteen) and has mixed kiddos (two of four who were adopted), the beautiful hues of our skin should never dictate what a family looks like.

Color isn’t what binds us. Love is.

“Tanner and I have always said we’d love to adopt. We have seen what a beautiful and amazing blessing adoption can be and can’t think of a better way to serve God than to give ourselves as parents to a child in need,” Angela explains. This is why I started a GoFundMe adoption fundraising campaign for the Crosses. In a culture that wants to redirect us all from the redemption of the Cross, they stand firm with compassion and mercy even for those who despise them. They’re Christians who have faithfully treasured others’ little ones God has placed in their lives. But now, they need that place to be their home.

I’ll never forget as my wife and I sat down with them at their dining room table. We wanted to share that our organization, The Radiance Foundation, was going to make sure the adoption journey they couldn’t afford would happen this time around. There were tears all around. It’s a blessing to support the Cross family, whether through prayer, finances, or friendship. I know that just as they advocate for the health and wholeness of the children they serve as teachers, they will do the same for their own.