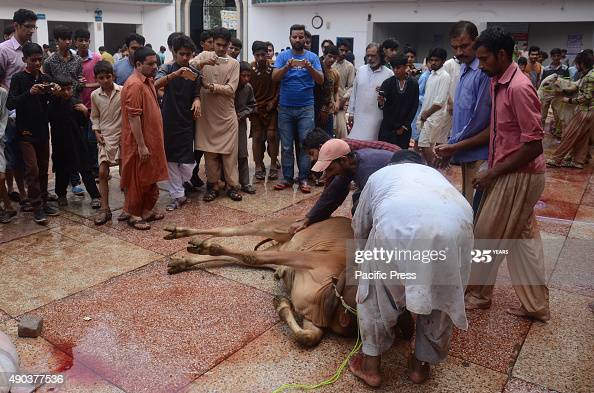 Pakistan (International Christian Concern) – According to UCA News, Sohail Masih, a Christian man, was arrested under blasphemy charges after a discussion on eating sacrificial meat at the Eid al-Adha festival in the Punjab province of Pakistan.

“It is not possible that the blood of goats and bulls can wash away sins.” Sohail Masih posted on Facebook, referring to Lailat al Miraj or Night of Ascension.

Allama Muhammad Abdul Sattar, worship leader of a mosque, filed a first information report (FIR) with the police against Masih, who has been kept in custody for his safety. On the same day that Masih was arrested, an enraged mob attacked the police station of Nowshera Virkan. They were shouting at him and exchanging angry words with the police officers.

“Masih shared the post with two people, who later visited my madrasa and showed it. Masih mocked the Miraj incident and the sacrifice, which is a principle of Islam. Muslims were very hurt,” Abdul told UCA News.

“The activists outnumber the police, who succumb to pressure and register blasphemy cases. Later, the victim spends his whole life on trial,” Shehzed added.

There have been several other incidents of blasphemy charges in Pakistan recently. A human rights activist was arrested on the same charges regarding a Facebook post just one day prior to Masih’s arrest. At the end of July, Tahir Naseem was shot and killed inside a courtroom where he was on trial for blasphemy charges. Eid al-Adha is a sensitive time for the Christian and Muslim communities with heightened tensions.