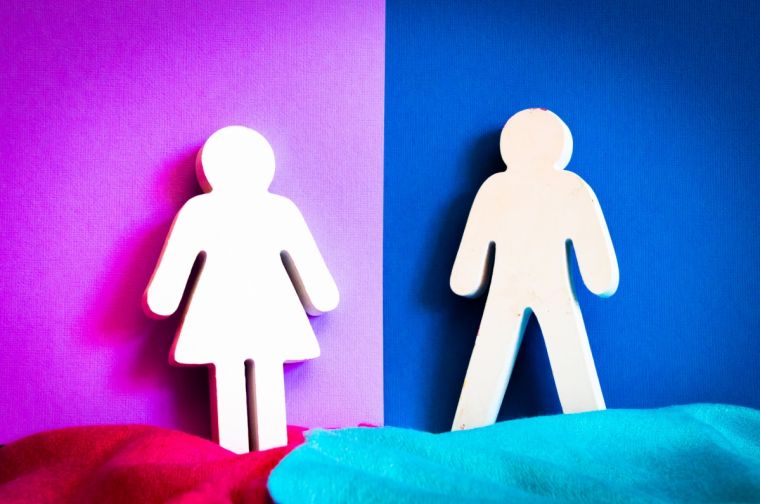 Does anyone doubt that we’re living in the last days? Biblically? Realistically? Seriously? That we are in the thick of it residing in Romans 1 wherein God has given people over to lost, wicked, sinful, confused, unrighteous reprobate minds?

Children, lost, lying, evil agenda children are ruling. We have medical professors, among just about everyone else in every place else apologizing, bowing, groveling, changing names, perverting language and meanings, altering reality to appease the insane. The truly, thoroughly insane — certifiable.

We now have entire institutions, corporations, governments, universities, and even churches bowing to the pure twisted evil that sex is acknowledged more as a “social construct” rather than a “biological fact.”

Really? So then, what’s the whole point behind all the women’s liberation, feminist dung if there is no difference biologically between males and females? Why are people different then, and in TWO DISTINCT BIOLOGICAL, SEXUAL CATEGORIES — MALE & FEMALE?

It is NOT RELATIVISTIC. Whatever is desired to be believed becomes the truth. There is truth, facts, reality, and then there is nonsense, stupidity, confusion, mayhem, wickedness, insanity, loss of logic, abominations, and sin permitted to override every clear truthful thought and word and bit of knowledge.

And these utterly lost, in the deepest darkness, bowing to wickedness, serving Satan, pure evil given over to reprobate, wicked, unrighteous minds are permitted to come up with yet again another made up word that is given credence — wrongspeak –— and be permitted to imagine their tyrannical exercise in sending petitions around is an exercise in democracy when in truth its an exercise in demonography being passed off as something to bow to, appease, apologize for speaking or writing the truth, facts, history, and allowing the demon-possessed to shame and have their lies, confusion, mayhem, and dung replace the truth, facts, history.

And the medical professor ended up apologizing for speaking the truth, that ONLY WOMEN CAN GET PREGNANT. No matter the degree of delusion, the number of signatures on a petition, what an individual or a group of any size may say or write differently. They cannot alter reality. Biological, sexual FACT. History. Reality. Nor should they be permitted to be given so much as one inch in that direction and should have been corrected and set straight from the outset.

But, you see, we are living in Romans 1. In the last of that last days. And that which stands to reason? Is factual? True? Historical? Actual? All can now be removed, changed, altered to fit the walking in darkness, walking dead narrative. All those serving sin to such a degree, turned from God, turned from Jesus, turned from the Holy Spirit, turned from the Bible — TURNED FROM THOUSANDS OF YEARS OF KNOWLEDGE, FACTS, REALITY, AND TRUTH to inject and infect with their unrighteousness, their serving evil, serving Satan and their relativistic anything goes, whatever you think or believe no matter how insane? It is real and true now. And what is truly real? Truly true? Why that now is offensive and must be removed!

And we’re not living in Romans 1?

We’re not in the last of the last days?

The people have not had their minds given over?

Right…align yourselves with the totally deluded and lost. Attribute all that is occurring to some other explanation that makes you comfortable in your discomfort in confronting the truth.

But in the end?

In the end, God rules. God’s word rules. God is in charge. And the truth is the truth. Facts are facts. And all the lost, given over to reprobate minds people of the world are very sadly and eternally going to come to a reality unlike anything they can no imagine and certainly continue to deny, just as they deny that only women can get pregnant — only their denial of God? Of Jesus? Of the Holy Spirit? Of every word within the Word of God? That is going to be a much bigger, longer — eternal — deal than their lying, denying, refusing the truth of there are only males and females, only two distinct biological sexes, and only females, women can get pregnant.

And I will never apologize to a person given over to a reprobate mind for speaking or writing the truth of God, of the Word of God, of biological fact.

Lastly, consider this — these medical students? Making this their priority? Some will be permitted to move on and do their residencies, then become licensed and practicing doctors. Imagine the mess that is going to be, and ask yourself — would I want one of these as my personal doctor? The doctor for my daughter? Son? Grandchildren? Friends?

And what happens here? Read on. Rather than being corrected in reality and the truth the professor apologizes and abides the evil. The lies. The delusion!

And this is our current state.

And bear this in mind now dear ones — it’s only going to get worse from here on.

A California professor has issued a grovelling apology to his students for telling them that only women can get pregnant.

The professor on an endocrinology course used the term “pregnant women” during his lecture, but then quickly backtracked and apologised.

In a recording of the lecture, he can be heard saying, “I’m very sorry for that. It was clearly not my intention to offend anyone. The worst thing that I can do as a human being is be offensive.

“I said ‘when a woman is pregnant,’ which implies that only women can get pregnant and I most sincerely apologise to all of you,” he said.

The recording was shared by journalist Katie Herzog, who received them from a medical student attending the lecture. The student has admitted that some of her classmates consider it transphobic if someone acknowledges biological sex.

In her piece, Herzog wrote that “when sex is acknowledged by her (the student’s) instructors, it’s sometimes portrayed as a social construct, not a biological reality.”

The medical student revealed that she and her fellow trainee medics had access to an online forum where students can correct their professors for using gender-specific terms such as “male”, “female”, or “breastfeed” instead of gender-neutral terms like “chestfeed.”

The online forum allows students to “lodge their complaints in real time during lectures.”

The student recalled how one time a professor started crying because she “upset by students calling her out for using ‘male’ and ‘female’.”

She told Herzog that other students had circulated petitions at the start of a school year to “name and shame” professors for engaging in “wrongspeak”.

“Wrongspeak” according to the petitions included use of the pronouns “she” and “her” or the terms “father” and “son.”

The student also spoke about another professor who became the subject of a petition for calling a transgender male “a man changing into a woman,” which upset some students because “it implies that the trans woman wasn’t always a woman”.

She added that “since the petitions were sent out, instructors have been far more proactive about ‘correcting’ their slides in advance or sending out emails to the school listserv if any upcoming material has ‘outdated’ terminology.”

The ideology sweeping through medical schools and the medical community as a whole, Herzog says, has led to a reduced emphasis on the different medical experiences faced by males and females.

Herzog’s piece, titled “Med Schools Are Now Denying Biological Sex“, includes quotes from established medical professionals, who agree that the imposition of “woke ideology” into the medical community that ignores or downplays the real differences between the two biological genders will have disastrous consequences.