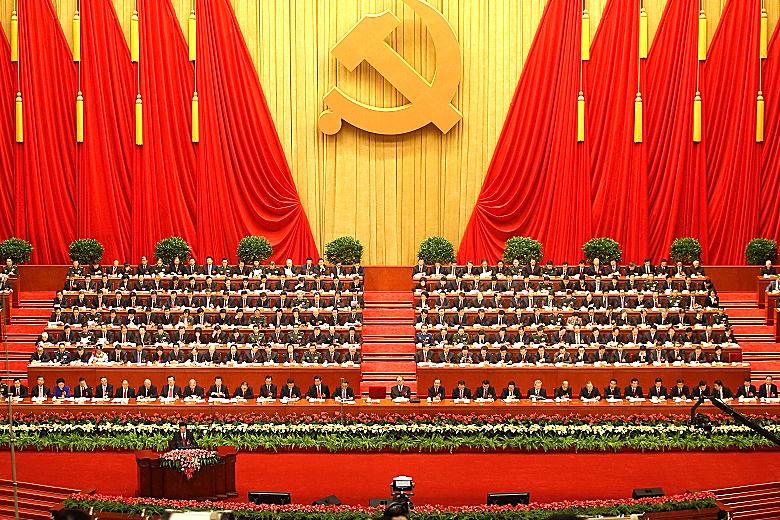 Why the political articles? Why so much about Communist China? Because the Communist Chinese government is an evil government. Corrupt. Lying. Dirty, Manipulating. Blackmailing. Downright criminal. That’s why. And none of the crimes or actions of Communist China are ever aired on any broadcast so-called news program. Not to the extent they ought to be.

The world, America, bows and kisses the backside of whomever is in power in Communist China. They have been allowed to grow stronger and more manipulative than they ever should have been. This all has at its root pure, sick, ugly greed. The love of money. Period.

Communist China is also a very repressive and oppressive country. Anti-God, anti-Christ, anti-Bible, anti- Christianity, as well as anti-American and anti-West. Oh, they love our money and our technology, research and patents which they steal on a consistent and regular basis.

But Communist China is not our friend, not our ally. Don’t think that for so much as a minute.

Communist China is the enemy.

Which we need to pray diligently, fervently for.

Communist China’s shameful attempt to exploit the coronavirus pandemic to further its own global ambitions should be seen as yet further evidence of the mounting threat Beijing poses to the West.

The blatant hypocrisy of Communist China’s attempts to use the pandemic for its own ends should persuade countries such as Britain to undertake a fundamental reappraisal of their relationship with Beijing, especially when it comes to sensitive technological issues, such as allowing the Communist Chinese telecoms giant Huawei access to the 5G network.

Far from being embarrassed that the rank incompetence of the Chinese Communist Party (CCP) in dealing with the initial outbreak has resulted in the world suffering its worst public health crisis in a century, Beijing has instead embarked on a charm offensive aimed at providing support for affected countries.

A good example of how Communist China is seeking to reposition itself as the world’s “Coronavirus Saviour”, as opposed to being the instigator of a pandemic that has so far claimed around 20,000 lives, can be seen in the response of the Balkan state of Serbia to the generous medical support it has received from Beijing.

Serbia, in common with many European countries, was caught off-guard by the rapid spread of the virus, and soon found that it was suffering severe shortages of vital medical supplies.

This led the country’s president, Alexander Vucic, to make a personal appeal to Communist Chinese President Xi Jinping for help. Referring to Mr. Xi as my “brother and friend”, Mr. Vucic publicly thanked the Communist Chinese leader after Beijing sent a team of doctors to Belgrade, together with face masks, ventilators and other vital equipment.

“I believe in my brother and friend Xi Jinping and I believe in China’s help,” said Mr Vucic, before ending his statement with a swipe at the European Union, which had failed to respond to Serbia’s request for assistance. “European solidarity,” he said, was just a fairy tale.

The gratitude expressed by countries such as Serbia for the assistance provided by Communist China will be music to Beijing’s ears as it seeks to distance itself from its culpability in causing the pandemic in the first place. As Yu Jie, a senior research fellow at London’s prestigious Chatham House think tank, commented earlier this week, “[Communist] China is trying to turn its health crisis into a geopolitical opportunity. It is launching a soft power campaign aimed at filling the vacuum left by the United States.”

Communist China’s cynical attempts to use the coronavirus pandemic to its own advantage are not just deeply unethical: they should be taken as a warning that Beijing is not to be trusted, a lesson the West should take on board as it contemplates its future relationship with the Communist Chinese, on trade and other issues such a 5G.

In Britain, for example, Prime Minister Boris Johnson’s decision earlier this year to allow Huawei access to the country’s new 5G network was taken despite the fact that the country’s security services have long-regarded Huawei as a “high-risk vendor”.

Mr. Johnson’s decision in favour of Huawei continuing its involvement in constructing the 5G network is said to have been influenced by threats from Beijing that Britain’s vital trading relationship with Communist China would be adversely affected if Huawei was excluded.

Mr. Johnson’s decision provoked outrage in Washington, prompting a cross-party group of 20 U.S. senators to travel to London and call on the U.K. to reverse its decision, highlighting the “significant security, privacy, and economic threats” of the plan.

Apart from jeopardising Britain’s future membership of the elite “Five Eyes” intelligence-sharing arrangement with the U.S., Canada, Australia and New Zealand, Washington believes the British government is being naive if it believes it can allow Beijing access to its 5G network without compromising its own national security, as well as other members of the Five Eyes alliance.

Mr. Johnson certainly has a good excuse for reversing the Huawei decision now that Beijing has shown its true colours through its all-too-revealing exploitation of the coronavirus pandemic.

Con Coughlin is the Telegraph‘s Defence and Foreign Affairs Editor and a Distinguished Senior Fellow at Gatestone Institute.