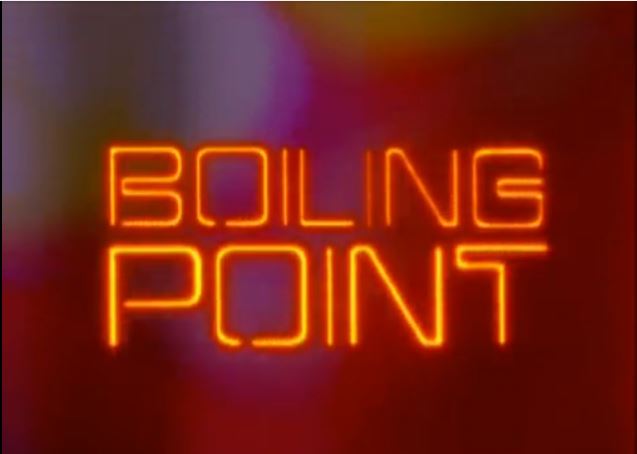 They say a watched pot never boils. Well, I’ve been watching and it seems like things are beginning to heat up! It appears we are in an era when the water is not only heating up, but the bubbles are beginning to form more rapidly than any other time in history. Consider this sampling of earlier signs of the times and how spread out they were.

• In 1897, Theodore Herzl chaired the 1st Zion Congress with the goal of creating a home for the Jewish people. That was (arguably) the first concrete step toward setting the stage for prophesied end-time events.

• In 1946 Winston Churchill called for the United States of Europe.

• In 1967 Israel miraculously won the Six-Day War and gained control of Jerusalem.

• In 1991 the Gulf War turned the world’s attention once again to the Middle East.

• In 2001 the terrorist attacks on the symbols of the US military and the US economy took place.

• In 2011 the “Arab Spring” led to civil war in Syria (creating the Ezekiel 38 playground for Russia, Turkey, and Iran).

Take a moment to ponder the prophetic implications of these key events and how spread out they were. (By the way, I wish I had time and space in this article to unpack how each of those connects directly with key end-time Bible prophecies.) It was about the time of the last event on the list (civil war in Syria), that I began carefully studying eschatology and the signs of the times—and felt called to do so.

The 2011-2012 timeframe was prophetically significant on many levels. It seemed we had entered a new era where end-time signs were noticeably increasing. In addition to the events listed above, there were scores of other significant events including extreme weather, the weakening of America, and the coarsening of society. It was as if the pot was beginning to bubble—but those of us who were watching the signs could still keep track of each bubble and take the time to analyze it in light of Scripture.

Enter 2020. The events of 2020 including the Covid-19 man-made (excuse me, I mean “gain-of-function”) virus was released—as was lawlessness, violence, deception, deep political corruption, and other moral evils on a broader scale than we had ever seen or been made aware of. And this time, these signs were happening globally! It was as if we entered a “medium-boil” phase. Whereas those of us paying attention to signs that lined up with end-time conditions used to be able to identify just about every significant prophetic stage-setting event fairly easily, now I literally cannot keep up!

I liken it to battlefield tactics. As long as it is possible, a soldier on the field carefully notes each detail that will help him understand the coming battle. The more intel the better. But once the battle begins to get thick, the soldier’s attention has to turn to more pressing matters. The soldier must decide on what is a priority in order to complete the mission. This necessarily means the soldier must decide what to focus on, even though he knows there are more key details he could assess at any given moment. The pot is beginning to boil and I can’t keep track of all of the bubbles!

Here are a few noteworthy details that have come to light the past few weeks that I have looked into on a cursory level, but haven’t had time to research fully.

The recent list includes: record-breaking wildfires, heatwaves, flooding, mass animal deaths, droughts, famine, and major riots (in South Africa and Cuba to name two). Meanwhile, inflation is occurring, the workforce in America can’t keep up with the demand because people are being paid to stay home. People who have been fully vaccinated are still being infected with the Cover-19 virus. A video shows a school function where a woman is saying those opposed to critical race theory should die—and the crowd applauses. The San Fransisco Gay Men’s Choir put out a creepy music video informing anyone who believes in traditional marriage that they are “coming for your children.” A Brazilian taboo artist turns himself into a demonic-looking ORC (from the Lord of the Rings Series) by tattooing his eye balls, removing his nose, and implanting horns. More shows celebrating witchcraft and the occult are launching in the fall. So many in the world are ready to welcome and embrace all things demonic and evil.

But wait, there’s more…A company in Ireland is looking to fund the creation of a colossal moving, speaking statue known as “The Giant” in 21 cities by the end of the year. There have been 321 mass shootings already in 2021 leaving 352 people dead and 1,331 injured. The “vaccines” have caused the death of thousands (according to official/verifiable records) and various whistleblowers are claiming these numbers are much lower than the reality. Russia and China are flexing their military muscles regularly. Iran is close to having nuclear weapon capability at the same time Israel is facing major internal challenges. Macron (surely having consulted with other European leaders who will follow suit) announced a “vaccine pass” to be implemented in order to take part in normal activities. On top of all of this, apostasy in the church is growing steadily through “wokeness,” teachings by people claiming to be apostles (which is a Scriptural impossibility since they did not witness the events of Christ’s ministry in the first century [See Acts 1:21-22, and Ephesians 2:20]), and other mind-bending heresies that gut the truth of Scripture and the fundamentals of the true Christian faith.

I could go on and on. This is just the tip of the iceberg! Ten years ago globalism was a conspiracy theory, the conditions needed for the Ezekiel 38 war seemed impossible, technology had not yet reached the mark-of-the-beast level, and America was sick but still fighting. In 2021 all of that has changed. We are trending toward a rapid boil and could be there at any moment. Liquids boil at different temperatures depending on the molecular structure of the liquid and the amount of air pressure (due to altitude) that is pressing down on the liquid. The air pressure restrains the boil until such a time when the pressure of the boil is greater than the air pressure restraining it.

The Lord could cause the heat to be turned down and the water could cool a bit, but it doesn’t seem that is the case and I don’t read anything like that in Scripture. Jesus said he would come quickly (Greek word tacos, which means rapidly/when things are revved up), and end-time birth pains (whether Braxton Hicks or the real thing) won’t stop once they have begun. We are heading full speed into everything the Bible prophesies about the future tribulation period—and our generation is seeing it all unfold!

By the way, if you are taking note of end-time signs and conditions you are in good company. The Old Testament prophets and even the angels have longed to understand the timeframe we are currently in. In 1 Peter 1:10-12, we read, “Concerning this salvation, the prophets, who spoke of the grace that was to come to you, searched intently and with the greatest care, trying to find out the time and circumstances to which the Spirit of Christ in them was pointing when he predicted the sufferings of the Messiah (1st coming) and the glories that would follow (2nd coming/Millennial Kingdom). It was revealed to them that they were not serving themselves but you, when they spoke of the things that have now been told you by those who have preached the gospel to you by the Holy Spirit sent from heaven. Even angels long to look into these things (emphasis mine).”

Notice the key details I highlighted in the verses above. The prophets longed to understand the “time and circumstances” related to the 1st and 2nd coming! In the midst of the struggle to live in our day we need to remember how blessed we are to see these things! Thankfully God’s people will be removed (via the rapture) prior to God’s judgment of the world (as has been the clear pattern of his activity in times past and his stated intentions at the end of the age), but that doesn’t mean we won’t live in dangerous times prior to the rapture. In fact, 2 Timothy 3:1-5 tells us as much. We are not left uninformed.

My friends, it seems the air pressure is about to be lifted and the rapid boil is soon to begin. When the restraining influence of the Holy Spirit indwelled Church is removed via the rapture—the preserving pressure of the salt and light will allow the world to move immediately into a rapid boil. I dare not set dates or even years, but unless the Lord intervenes in a major way (and He could, he’s done it before), it seems to me that we are nearing the time of the rapture.

I know several generations of believers in different eras of church history have thought the same, but never in the history of the world have there been so many signs and conditions in place as they are right now. We have a front-row seat to prophecy and end-time conditions. Let’s rise to the occasion, wake the Bride, and reach the lost! And let’s keep in mind only God knows the day or hour so we must keep courageously planning as we continue to watch for His return.

If you are reading this article and have never accepted the gift of salvation offered and paid for by Jesus Christ—please do so now! Noah seemed crazy until the rain started. But soon, the world was covered by violent water like a massive boiling pot. Please don’t ignore the conditions that are screaming at us that the Lord is real, that time is short, that judgment is coming, and that Jesus paid it all. It doesn’t matter what your past is, or how hard you have run from God. Today is the day of salvation. Jesus paid it all. Please come to him now! You too can have hope, clarity, and joy in the midst of these increasingly disruptive world conditions. He promises to never leave us.

Luke 21:28—” When these things begin to take place, stand up and lift up your heads, because your redemption is drawing near.”