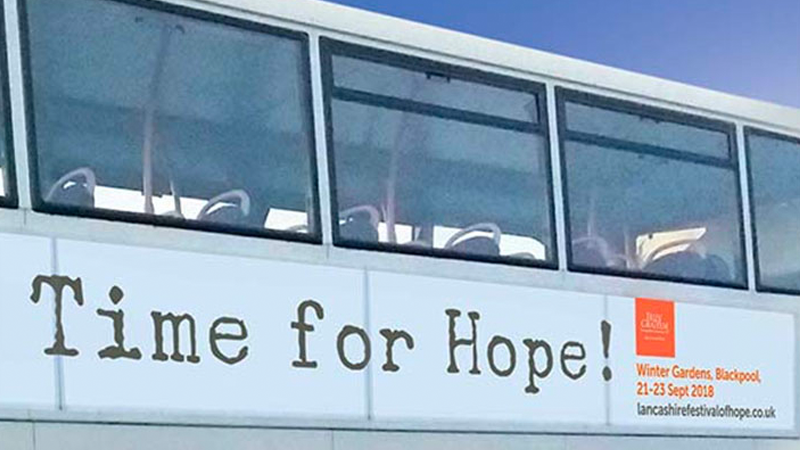 Blackpool Council has been ordered to pay £25,000 in damages and £84,000 in costs for discrimination against a local Christian festival involving over 200 churches.

In 2018, adverts for Lancashire Festival of Hope were controversially removed by the Council over guest speaker Franklin Graham’s biblical views on marriage and sexuality.

But earlier this year, Manchester County Court ruled “overwhelmingly” in favour of Festival organisers, stating the Council had shown “wholesale disregard for the right to freedom of expression”.

After also being ordered by the Court to apologise, the Leader of Blackpool Council admitted the decision to ban the adverts – which displayed the slogan ‘Time for Hope!’ – unlawfully discriminated against Christians.

“wholesale disregard for the right to freedom of expression”

In a statement posted on Blackpool Council website, Councillor Lynn Williams accepted the adverts “were not in themselves offensive”.

Cllr Williams also expressed regret for not consulting with Lancashire Festival of Hope prior to taking the decision, adding: “We sincerely apologise to the organisers of the event for the upset and inconvenience caused”.

Accepting the findings of the Court, that the Council had “discriminated against Lancashire Festival of Hope because of the religious beliefs of Franklin Graham”, the statement said the authorities had learnt from the experience and pledged to “ensure no repeat of events such as these”.

Steve Haskett, a trustee and director of Lancashire Festival of Hope, told the Institute that he was satisfied with the result.

Speaking to the Institute’s Ciarán Kelly, he said: “If they wanted to silence Christians in being able to speak publicly about their view of marriage, which I think really was the entire point of the whole thing in the first place, what they’ve done is actually brought us to a place where it’s clearer in law than it was before, that it is acceptable and right and protected to hold those views, so we’re very very satisfied with the outcome.”

In a written statement he added: “this result sends a clear signal about freedom of speech and freedom of religion at a time when too many people are trying by hook or by crook to silence opinions they don’t like.

“The fact is the law protects our ability to hold and express our beliefs about marriage. These beliefs are mainstream, sincerely held, and indicate no malice towards any person. Christ’s greatest commandment was that we should love our neighbour and we want our lesbian, homosexual, bisexual, and transgender neighbours to know that they are loved by us and welcome in our churches.”

At Manchester County Court in April, Judge Claire Evans said the Council’s actions in removing the adverts and taking sides against local Christians were “the antithesis of the manner in which a public authority should behave in a democracy”.

The judge also said that the Council had misrepresented the reasons for the ban, wrongly characterised Franklin Graham’s belief in marriage between one man and one woman as “extremist”, and had acted in breach of the Equality Act.

The Word Became Flesh … and Lives

The Glory of God

SERIES: “Knowledge Of The Holy” By A.W. Tozer — Preface; Knowledge of the Holy 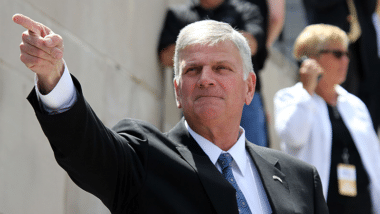