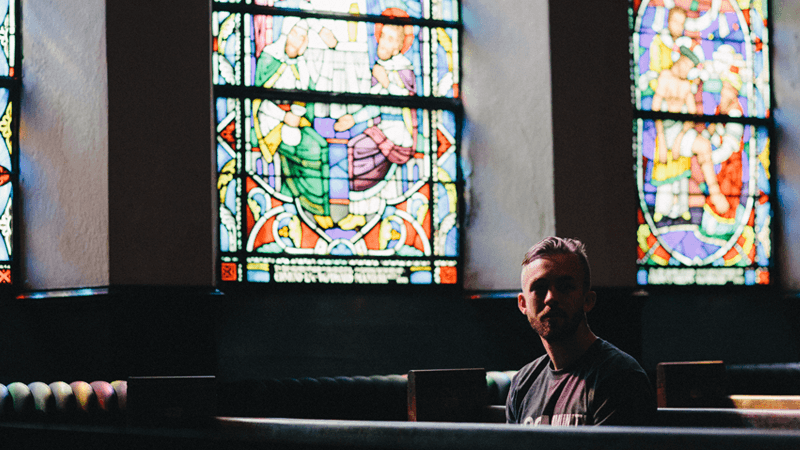 In case that hasn’t registered — sin is sin and it’s time every professed Christian begins calling sin what it is when it is evidenced. Sin. And stop this song and dance around the truth of sin and sinning. And what constitutes sin.

Anything opposed to God, the Lord Jesus Christ, the Holy Spirit, and the Word of God.

No gray areas. Modern-life, modern lying ideologies, modern language, and beliefs do not, cannot, will not remove the truth of God and of His Word. Nothing any man or woman can do, write or say trumps the Lord and His Word.

No debate. No gray areas.

And to call sin, sin, to call the sexual immoralities, sexual depravities, sexual perversions of lesbianism, homosexuality, bisexuality, and transgenderism (transvestitism in truth, except where dangerous treatments and surgeries are performed in a vain attempt to make a man from a woman, or a woman from a man, which is beyond the power of man to perform. Each is born either male or female. And will remain male or female to their death. No matter what they may say or attempt to do to alter this fact and truth) what they are is not fearing (being phobic — a word bastardized and corrupted, stolen and permitted to remain perverted and corrupted of its true meaning by the radical, fascist, militant homosexual and transvestite movement) those who commit these vile sins before God and nature, but speaking or writing the truth pertaining to those distinct, clear sins!

“Do not make yourselves unclean by any of these things, for by all these the nations I am driving out before you have become unclean, and the land became unclean, so that I punished its iniquity, and the land vomited out its inhabitants.

“‘If a man has sexual relations with a man as one does with a woman, both of them have done what is detestable. They are to be put to death; their blood will be on their own heads.

Now we know that the law is good, if one uses it lawfully, understanding this, that the law is not laid down for the just but for the lawless and disobedient, for the ungodly and sinners, for the unholy and profane, for those who strike their fathers and mothers, for murderers, the sexually immoral, men who practice homosexuality, enslavers, liars, perjurers, and whatever else is contrary to sound doctrine, in accordance with the gospel of the glory of the blessed God with which I have been entrusted.

“A woman shall not wear a man’s garment, nor shall a man put on a woman’s cloak, for whoever does these things is an abomination to the LORD your God.

What is taking place in England, Scotland, Wales and Ireland as mentioned in the article below is also taking place daily here in America, and throughout the Western world, as well as many parts of Asia, Africa, and throughout all the world. Evil, the ministers of Satan appearing as angels of light have entered the church in great number. Do not be deceived. Do not mistake their deadly lies, bitterness, and evil, their abominations for compassion, tolerance, and being a loving Christian. They preach that to discern and to understand and believe the Word of God is wrong but to listen and believe them is right.

Which is deadly wrong. Do not fall dear ones. Do not even bend. Stand boldly, firmly, confidently in the Word of God. Take up the full armour of God in this escalating spiritual war!

Call sin sin. And do so in knowing the love written of in the Word of God is to present the truth of the Scriptures in a kind and direct manner to sinners. In prayer, in faith, the Holy Spirit will touch their cold, black dead hearts if it is God’s will and they are receptive to the truth of the Holy Bible.

Do not enter into vain arguments. Casting pearls before swine. Do not argue or grow angry. Present the Word. In truth. In faith. Calmly and boldly and directly. In prayer.

And let the Spirit of God work and do the rest.

Have faith, while not appeasing, conceding, fearing, condescending, arguing, and certainly not approving of the sins to be brought forth to the eyes, ears, and hearts of sinners. All sinners.

Ozanne, a member of the Church of England’s General Synod, praised an article in the student newspaper The Oxford Student which criticised OICCU over its biblical position on sexual ethics.

One unnamed student complained that St. Ebbe’s church “clearly intended to spread the message that engaging in non-heterosexual activity was a sin”.

Commenting on Twitter, Ozanne said: “I’m so glad @TheOxStu are calling out the homophobia they have experienced”.

She added: “we can’t allow this harmful practice of telling lesbian, homosexual, bisexual, and transgender people who are in relationships that they are ‘sinful’ to continue”.

In a statement, OICCU said: “OICCU welcomes all students from all churches or none to come and join in our meetings and activities. We are pleased to partner with ‘Love Oxford’ which constitutes a wide range of churches who have a high view of Bible teaching and who are supportive of the OICCU. But, we recognise that there are many other churches in Oxford and that students need to make their own choices.”

In response, The Christian Institute’s Deputy Director for Communications, Ciarán Kelly, said: “The Bible is clear that all sexual acts outside of heterosexual marriage are sinful.

“Churches and student groups that uphold these scriptural truths are to be commended”.

Earlier this year the Ozanne Trust, of which Jayne Ozanne is the founder and director, urged the Prime Minister to legislate to prevent trans people who regret changing sex from getting help to detransition.

Jayne Ozanne and former evangelical Steve Chalke also want the Government to take action against any prayer, private conversation and preaching which does not affirm homosexual or transgender lifestyles.

CofE attacked for holding to biblical position on sexual relationships

CofE: Marriage between a man and a woman is only place for sex