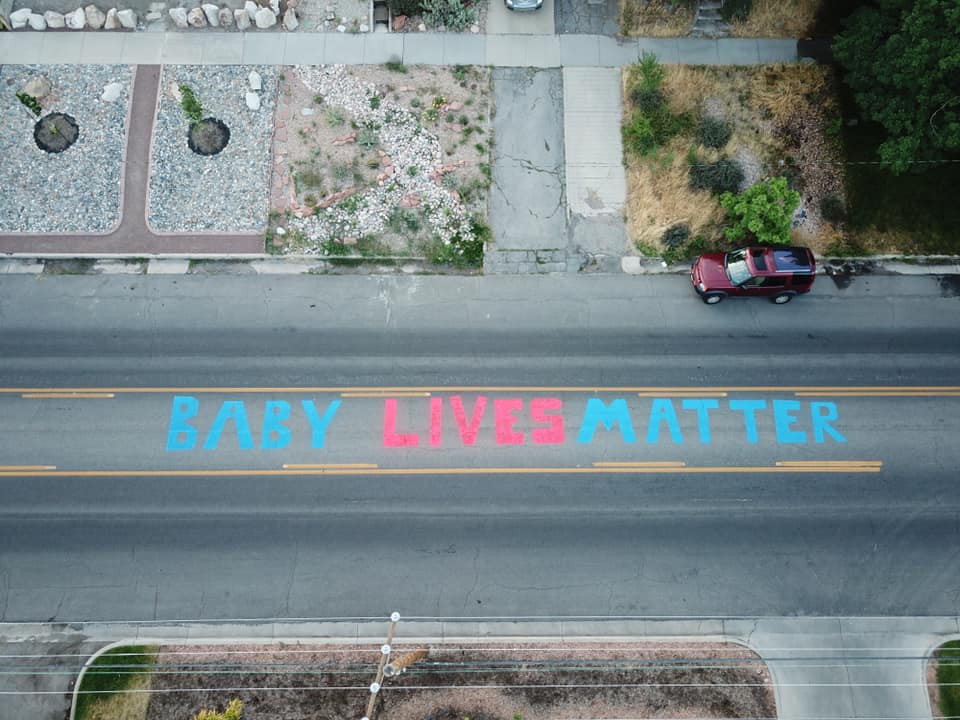 The pro-life young man who paints “Baby Lives Matter” on the streets outside of abortion facilities said he was beaten by a group of Antifa protesters Tuesday in Portland, Oregon.

The Christian Post reports Tayler Hansen posted photos of his bloody and bruised face Wednesday on Twitter when he described the assault.

“Last night in Portland I was beaten bloody by four people in Black Bloc,” he wrote.

Hansen said four Antifa protesters who were wearing black attacked him while he was trying to film the protests in downtown Portland.

“It started with a press member recognizing me. He proceeded to get his phone to show a group of Black Bloc what I believe to be my Instagram,” he said. “I fled and changed my disguise, and returned once they had arrived at a different location.”

Later, when two people addressed him by name, Hansen said he decided to walk away.

“A few blocks down there was a group of four dressed in Black Bloc waiting for me around the corner,” Hansen said. “They proceeded to beat me. I was punched in the face, thrown on the ground where they began kicking me in the back and hitting me in the face again.”

“As they fled one yelled ‘Stay out of Portland b—-!’” he said. “I am thankful they stopped the beating when they did and didn’t use weapons to inflict harm or death upon me.”

According to the report, Hansen was arrested last weekend, but the report did not say why. It is not clear if charges have been filed against the people who attacked him.

Hansen drew national media attention in July after he painted “Baby Lives Matter” outside a Planned Parenthood in Salt Lake City, Utah. Since then, he also has painted the phrase outside abortion facilities in Washington, D.C., Richmond, Virginia, and Charlotte, North Carolina, the report states.

Vandalism and violence against pro-life advocates also has become increasingly common. LifeNews.com recorded more than 100 reports of assault, vandalism, harassment and other incidents in 2019. Our news outlet began tracking these reports after pro-life organizations expressed alarm about an uptick in violence in recent years.

Reports this year include:

Washington, D.C. – Chuck Schumer Threatens Gorsuch and Kavanaugh if They Uphold Pro-Life Law: “You Will Pay the Price”