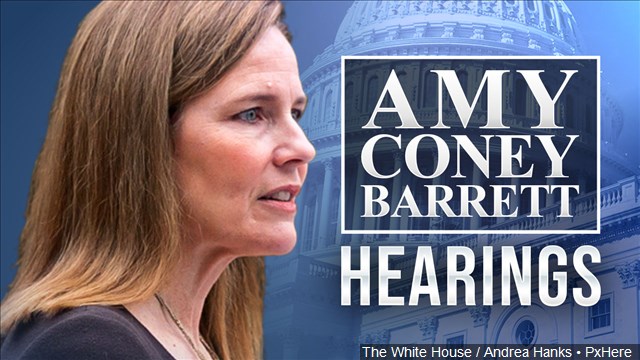 Our U.S. Senate, our courts, our media, our attention, and focus ought not to be as unbalanced and catering to, bowing to what amounts to a total of 2% or less of our total population.

Nor should a professed Christian person apologize for speaking the truth. Ever. No matter the place, the situation, or the circumstances.

Our elected and appointed officials, our judges and courts, our government and institutions, and the people of the United States of America have been assaulted and saturated in a nonstop daily bombardment of pro-homosexual and all things sexually immoral and sexually deviant and abnormal for years. As our government, courts, institutions, corporations, schools, and many churches have made pushing the militant, fascist, downright evil, and immoral homosexual agenda on everyone every single day.

A person can’t turn on their TV’s, turn on the news, get into a conversation, watch a movie, watch a TV commercial, watch what’s supposed to be a sporting event without the militant fascist homosexual agenda is pushed, elevated, celebrated, and lied about. The constant indoctrination and propaganda efforts to legitimize and normalize the sexually aberrant, deviant, and immoral.

And we have potential U.S. Supreme Court nominees who profess openly of being a Christian apologize for speaking the truth that homosexuals, lesbians, cross-dressing transvestites chose to live the lives they do? That what they do is in fact their PREFERENCE. And that they do have a CHOICE.

The reason we are at the point we are s because people who know the truth, people who know better refuse to speak the truth or write the truth and they bend, they bow, they yield, they fold, they collapse, and always are made to sound defensive and wrong. When they are right and ought instead to stand at all times in confidence and boldness in the truth.

Do not kowtow. Do not bow or apologize to evil and sin. EVER!

Do not fear the truth. EVER.

Do not permit the enemy to twist and corrupt words and discredit the words of truth that can and should be uttered by every professed Christian tongue when it comes to this subject matter.

Appeasement is in error.

The truth and boldness are what works every single time. Do not fear, bow to, or apologize to evil and sin. EVER!

Stand boldly in the full armour of God first KNOWING the truth and then speaking the truth, living it as we ought to.

No matter if you’re the President of the United States, a U.S. Supreme Court Justice, or whoever, whatever you may be.

Why? Why do we fold, yield, and bow to sin and evil and permit the expansion, the continuation of all these lies?

Really…why do we go weak, stupid, apologetic, fearful, and allow the corruption, the evil, the sin to win out? When we profess to be disciples of the Lord Jesus Christ and children of God? Authentic Christians!

Why do we fear and bow to evil people and their perpetual lies and immoralities?

And we apologize? Are you kidding me!

They’re offended? Are you kidding me!

How inside out, upside down corrupted and perverted our world, our nation, our people have become.

Are you kidding me?

I like what I know of Amy Coney Barrett and if it is the Lord’s will that she be confirmed in the Senate and appointed to the bench of the U.S. Supreme Court I hope and pray she lives up to the conservative Christian values I have heard and read so much of that she claims, an — but she needs to stop bowing to and apologizing to sexual immorality and giving the appearance that sin and evil win. And in apologizing for saying “sexual preference,” WHICH IT IS — a choice, not a gene, not DNA, not biological, they are not born that way! They CHOOSE to live as they do. And homosexuals, lesbians, bisexuals, transvestites, and cross-dressers — males are lames from conception to their deaths, females are females from their conception to their death. And they know this. Everyone knows it even though there are huge forces at work to muddle and corrupt these truths. They know it’s their choice and PREFERENCE and they are not born having any control over any of this. Think about that folks! Think!

So why apologize for wen speaking clear plain easily to be defined English and permit those who daily and continually are making every effort to corrupt, alter, destroy known language and supplant it with their corrupted lying language?

‘Sexual preference is an offensive and outdated term, it is used by anti-lesbian, homosexual, bisexual, and transgender, and queer activists to suggest that sexual orientation is a choice — it is not’

“Sexual preference is an offensive and outdated term, it is used by anti-lesbian, homosexual, bisexual, transgender, and queer activists to suggest that sexual orientation is a choice — it is not,” Hirono said.

The Hawaii Democrat said she was “disappointed” that the circuit court judge declined to weigh in on whether she agreed with the majority in Obergefell v. Hodges, the Supreme Court case that granted same-sex couples the right to marry.

“So even though you didn’t give a direct answer I think your response did speak volumes,” Hirono said. “Not once but twice you used the term ‘sexual preference’  to describe those in the lesbian, homosexual, bisexual, transgender, and queer community.”

“The lesbian, homosexual, bisexual, transgender and queer community should be rightly concerned whether you would uphold their constitutional right to marry,” Hirono concluded.

Sen. Joni Ernst, R-Iowa, later asked Barrett if she had any encounters from earlier she’d like to elaborate on and Barrett brought up her exchange with Hirono.

“I certainly didn’t mean and would never mean to use a term that would cause any offense in the lesbian, homosexual, bisexual, transgender, and queer community. So if I did, I greatly apologize for that,” the Supreme Court nominee said.

Later Sen. Cory Booker, D-N.J., asked Barrett about her use of the term again.

“In using that word I did not mean to imply that it is not an immutable characteristic or that it’s solely a preference,” she said. “I fully respect the rights of the lesbian, homosexual, bisexual, transgender, and queer community. Obergefell was an important precedent of the court.”

Barrett was repeatedly pressed on how she would rule on cases related to same-sex marriage. She declined to engage in hypotheticals, citing the “Ginsburg rule” all Supreme Court nominees have followed since Justice Ruth Bader Ginsburg in 1993.

Two Supreme Court justices, Clarence Thomas and Samuel Alito, came out earlier this month to say the case that mandated all states recognize same-sex marriages, is “found nowhere in the text” of the Constitution and threatens “the religious liberty of the many Americans who believe that marriage is a sacred institution between one man and one woman.”

Booker pressed Barrett on the pair of justices’ statement.

“Obergefell is an important precedent,” the judge said. “As for why the justice have called for its overruling I don’t know… You’d have to ask them.”