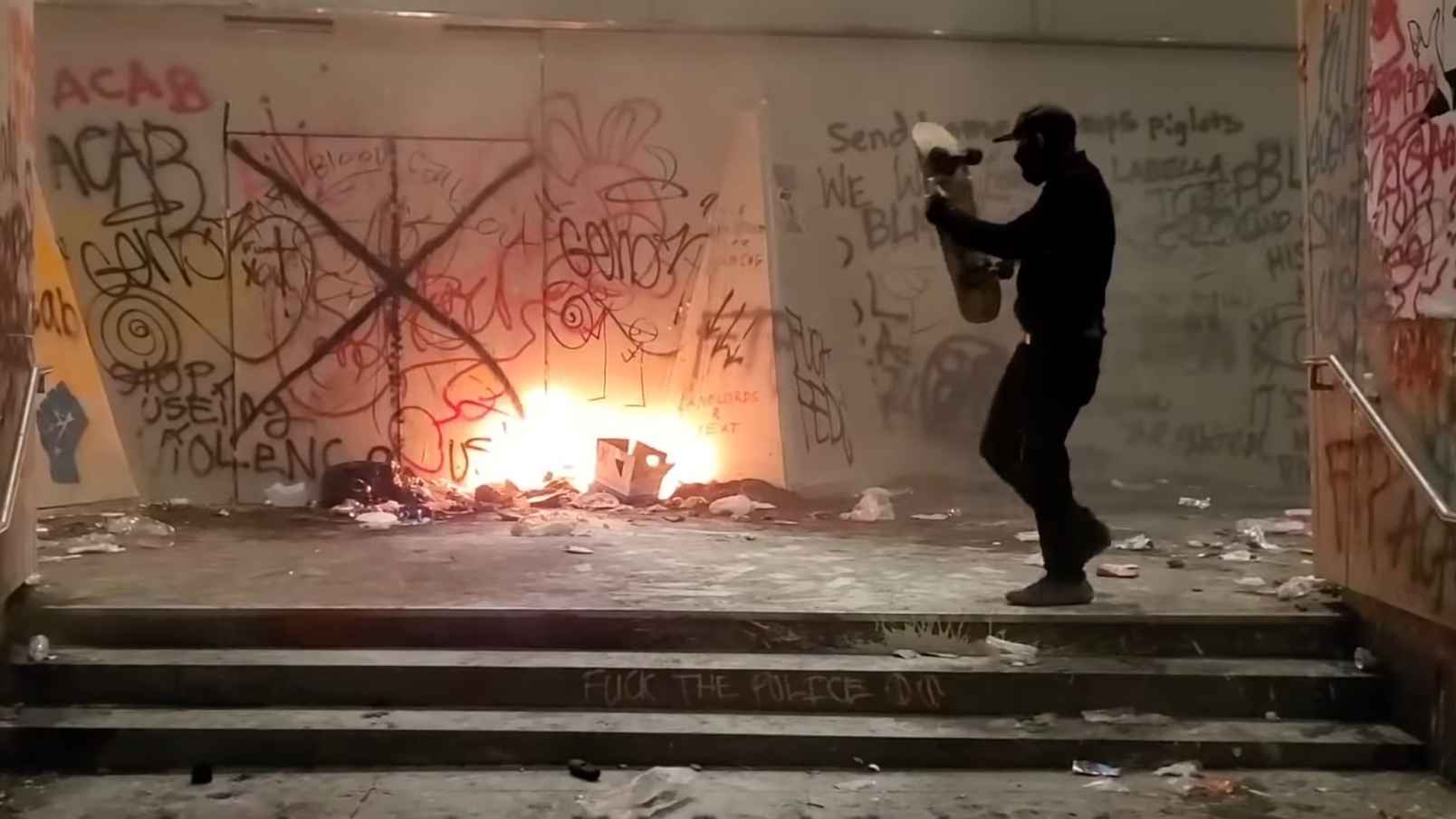 This is what the media calls peaceful?

This is anarchy. This is Antifa, which is not anti-fascist but among the most fascist terrorist organizations operating in America today. This is Black Lives Matter and myriad other radical, anti-American, anti-Christian, anti-every foundation that exists tear the entire system down well-financed organization having their way in an American city every single day and night for 8 weeks now and no end in sight. This is the by-product of American universities and colleges. This is over 50 years of massive moral, ethical decline and erosion there ever has been this quickly. This is the walking dead, the spiritually lost and deluded. This is the youth we have been told is our future, and as I always said for years, how about completing the sentence? Because if you’re going to say “the youth are the future”…complete the sentence will you? And the completed sentence is “the youth are the future, and, oh, what a future it’s going to be!” But no one wants to complete the sentence or face up to facts and reality, do they? This is the legions of those serving Satan unleased. These are some of the most hateful, truly ignorant, bigoted, lying people in America loosed on what once was a jewel of an American city and destroying it — and the elected officials at the state and city levels not only permitting the destruction, the violence, and the constant rebellion but endorsing and perpetuating it!