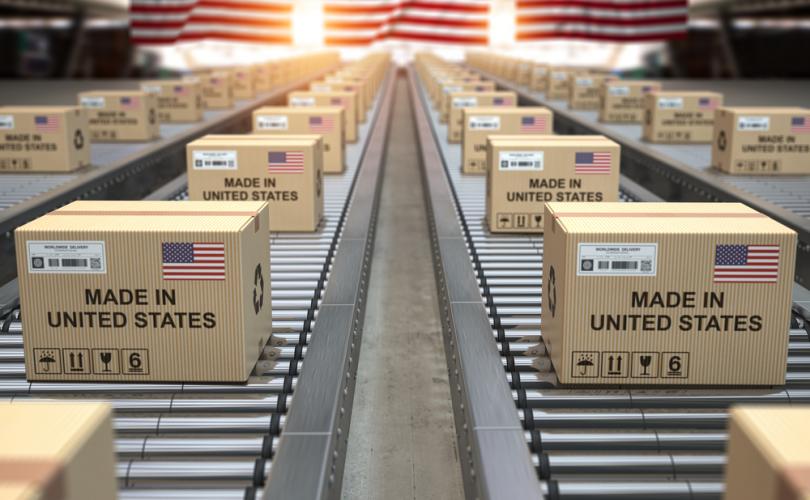 The country’s primary global export is poisonous progressivism that breeds anger, division, and self-hatred wherever it take root.

February 16, 2021 (LifeSiteNews) — The patriotic American Right has long said that the United States is a force for freedom and democracy in the world. Even when acting as the world’s policeman (a status badly damaged both at home and abroad in the aftermath of the Iraq war started in 2003), it was generally understood that America’s mistakes were a result of naivete rather than sinister motive. The United States of America was a shining city on a hill, and anyone who insinuated — as Ron Paul and his counterparts on the Left frequently did — that anyone might see her differently was met with offended aggression.

But the reality is that America has, over the past-half century, been the primary exporter of cultural poison. Beyond Hollywood films and TV and American music and the collective coarsening and globalizing effect on culture, there is the Sexual Revolution itself — not to mention the tsunami of digital pornography.

Much of progressive thought metastasized first in America. Under Obama and again under Biden, abortion and the lesbian, homosexual, bisexual, and transgender agenda are relentlessly pushed on more conservative nations with peoples who still hold to the values America has abandoned. The West is post-Christian. America leads the West.

Interestingly, the Daily Mail and the New York Times are reporting that prominent politicians, intellectuals and academics in France are now expressing concern that as America plunges towards progressive radicalism, other unwilling nations are being dragged along for the ride as their own young people follow the progressive Pied Piper.

According to the Mail, they “are arguing that American ideas on race, gender, post-colonialism — especially those coming from U.S. universities — are undermining French society and are an attack on French heritage.”

What makes this particularly significant is that French President Emmanuel Macron has indicated that he shares these concerns, noting in a speech last October that the French should not leave “the intellectual debate to others,” noting specifically that there were dangers in “certain social science theories entirely imported from the United States.” Macron’s education minister Jean-Michel Blanquer added that in France, there is a “battle to wage against an intellectual matrix from American universities.”

European academics are increasingly concerned as critical race theory as well as questions concerning race more generally have come front and center in the wake of the George Floyd killing, after which hundreds of thousands protested across Europe, swept up in a uniquely American moment. European nations, it goes without saying, have many of their own issues to address — the murder of an American man in a city most had never previously heard of was an odd flashpoint, unless you take into account the obsession many activists have with American progressivism.

Right-wing politicians such as Marine Le Pen have long warned of the importation of American leftism (I interviewed her niece Marion Maréchal, who shares many of her concerns, last year), and social scientists Stéphane Beaud and Gérard Noiriel observed in a recent book that American race politics are becoming a “bulldozer.” This has become evident as European university students have attempted to employ cancel culture tactics on prominent speakers who run afoul of progressive dogmas in the wake of the George Floyd killing and seek to apply American standards to European campuses.

According to the Mail:

Some French intellects have also argued that American universities are to blame for giving justification to acts of terrorism carried out by Muslims. After three Islamist terror attacks last fall, Education [M]inister Blanquer accused the universities of being complicit. He was supported in an open letter from 100 prominent scholars that blasted social theories “transferred from North American campuses.”

One of the signatories, Gilles Kepel, argued that American influence led to “a sort of prohibition in universities to think about the phenomenon of political Islam in the name of a leftist ideology that considers it the religion of the underprivileged.” Historian Pierre-André Taguieff argued in the same way that the “American-style black question” was a “totally artificial importation” to France.

He said that it was all driven by “hatred of the West, as a white civilization.” “The common agenda of these enemies of European civilization can be summed up in three words: decolonize, demasculate, de-Europeanize,” Taguieff said. “Straight white male — that’s the culprit to condemn and the enemy to eliminate.”

Macron has tactfully ignored these issues before now — while his government’s stance towards the idea of systemic racism in France being characterized as “dismissive,” he has increasingly addressed these concerns, perhaps in an attempt to court the Right prior to the election next year. It is interesting to note that politicians considered left-wing in Europe are free to make statements that would get a conservative crucified in Canada or the United States.

As the American Left embraces critical race theory, radical gender ideology, cancel culture, and neo-Marxism — and exports these ideas around the world via platforms largely run by Americans — a new strain of anti-Americanism is developing. Not one that is simply jealous of America’s success (long a prominent feature of European and Canadian resentments) or contemptuous of her newer, more dynamic culture.

Instead, this new strain is borne of the fact that America’s primary global export is poisonous progressivism that breeds anger, division, and self-hatred wherever it take root.