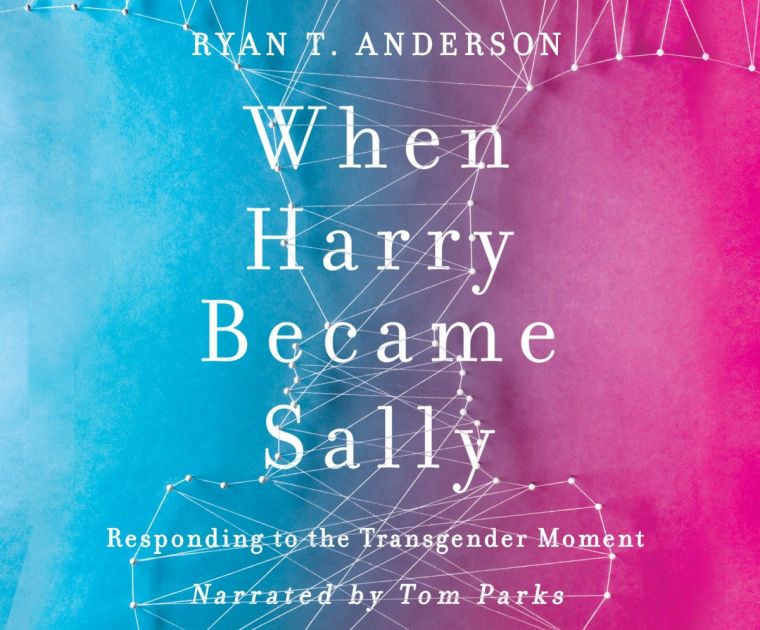 This censorship is true. Not a one-off. Not an error, a “whoops!” on the part of Amazon. This was done with the intent to serve evil plain and simple. And yes, at that level. To serve evil, since a book titled “Let Harry Become Sally: Responding to the Anti-Transgender Moment,” by Kelly Novak has been allowed to stay. While Mr. Anderson’s book has been removed from Amazon.

Make no mistake. The militant, fascist homosexual and transgender movement have permeated every institution with their lies and evil. And out-of-control technology and so-called information giants, and out-of-control massive outlets for buying goods are in bed with the devil. Not God. Not Jesus. Not the Holy Spirit. Not the Bible.

Satan has his ministers working relentlessly, tirelessly as ministers of light to push his lies and evil.

And they are accomplishing much.

Censorship has been going on. It is increasing. These are no mere mistakes, or a “whoops!” to be explained away. This is overt evil at work. Right before our eyes in these last of the last days.

Amazon has removed a bestselling book by a leading Christian political philosopher that challenges the prevailing transgender ideology.

“When Harry Became Sally: Responding to the Transgender Moment”, by Ryan T Anderson, was published in 2018 and went on to become a Washington Post and Amazon bestseller.

The book listing page on Amazon now displays a message saying that the web address “is not a functioning page on our site.”

Sharing the news on Twitter, Anderson said he had not been given any notice from Amazon and only found out by accident that his book was no longer available to buy on the site.

“None. No notification to me. I found out when someone trying to buy it noted it was gone,” he wrote.

He added: “While you can’t buy the book on Amazon, you can still get it (for now?) at Barnes and Noble. Given the aggressive push on transgender policies coming from the Biden administration, now is a great time to read it. Buy it before you no longer can.”

Despite removing Anderson’s book, a response published in the same year by Kelly Novak called “Let Harry Become Sally: Responding to the Anti-Transgender Moment” has been allowed to stay.

Amazon has been accused of censorship after removing Anderson’s book.

“This is a thoughtful and gracious book that represents how Christians and Jews (and Muslims too, for that matter) have approached gender for thousands of years. If true, this is censorship unbefitting of our country,” he said.

Anton Sorkin, Director of the Christian Legal Society, said: “More and more it becomes imperative for people to purchase books that ask questions [regarding] the transgender movement … if only as a rebuke to this ongoing anti-American alliance between Democrats & Big Business/Tech/MSM.”