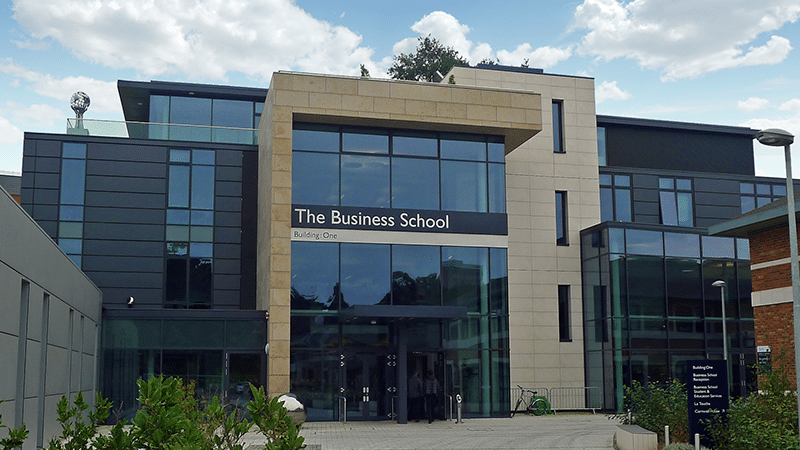 The Business School at Exeter University

A university academic has been accused of ‘abhorrent bigotry’ after she posted on social media that only women can have periods.

A student subsequently complained to Dr Poen’s employer, the University of Exeter.

They wrote: “I recently have been made aware of one of your lecturers holding abhorrent beliefs towards a marginalised group, namely transgender people. Please be seen to take action against her bigotry.”

They claimed Dr Poen’s comments were making transgender people “live in fear” and that she should “stop spreading vitriol”.

The academic said the accusations against her are completely false, adding: “There is an important political and academic debate to be had about sex and gender; we ought to be able to have this in a rigorous, robust, but also respectful manner.”

It cames as the NHS was criticised for failing to mention women in a leaflet about who is eligible for cervical screenings.

The leaflet read: “If you are a transgender (trans) man registered with your GP as a female, we will send you invitations for cervical screening.

“If you are registered as male you will not receive invitations, but your GP or practice nurse can arrange an appointment for you if you have a cervix.”

‘People with a cervix’

It added that ‘trans women’ – those born male but who now identify as female – do not need cervical screening.

Public Health England has now amended the leaflet to say: “Cervical screening is for women and people with a cervix” under the heading “Who we invite”.

Men offered smear tests if they say they are women

NHS tells staff using ‘he’ and ‘she’ could be offensive