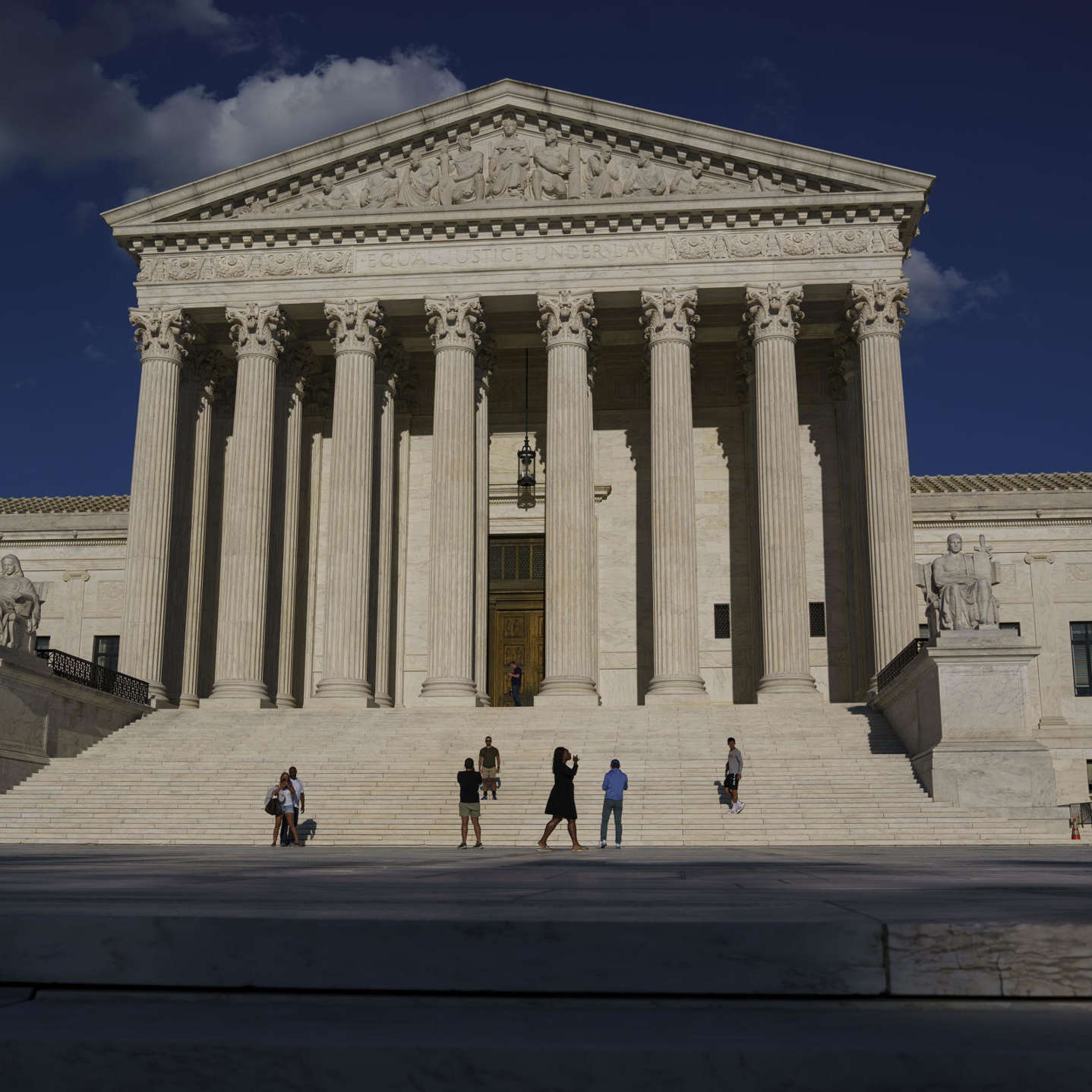 Evil is greatly disturbed and angry. For there appears to be genuine, sincere true repentance in the land and faithful fervent prayer in the land in this escalating spiritual war every person is enjoined in…

America has been an increasingly wicked land for many decades. Pursuing immoralities, sin, unrighteousness, idols, unsound doctrines, false teachers, selfish pleasure, sexual perversions, and immoralities, as well as the pre-meditated murder of tens of millions of children. Knitted in the womb by God. Even those, the overwhelming number conceived in immoral sin. Creations of God. Not to have the disobedience of men and women take precedence over obeying God as has been the way for so long.

What has transpired in America since 1973 would make Ahab and Jezebel, along with King Ahaz and others proud they were able to pass on the abomination of child sacrifice. In the times of the Old Testament, this was done on an altar and fire, and given over to the false gods, primarily Molech/Baal.

There is no difference today. Nothing has changed. Other than the methods. But it is still the murder, the giving up in human sacrifice of a living child. Due to vain and evil worship. Due to turning to wickedness and in total disobedience to God.

They have built high places to Baal on which to burn their children in the fire as burnt offerings to Baal, something I have never commanded or mentioned; I never entertained the thought.

He followed the ways of the kings of Israel and even sacrificed his son in the fire, engaging in the detestable practices of the nations the LORD had driven out before the Israelites.

Ahaz was twenty years old when he began to reign, and he reigned sixteen years in Jerusalem: but he did not that which was right in the sight of the LORD, like David his father: For he walked in the ways of the kings of Israel, and made also molten images for Baalim. Moreover he burnt incense in the valley of the son of Hinnom, and burnt his children in the fire, after the abominations of the heathen whom the LORD had cast out before the children of Israel. He sacrificed also and burnt incense in the high places, and on the hills, and under every green tree.

You shall not worship the LORD your God in that way, for every abominable thing that the LORD hates they have done for their gods, for they even burn their sons and their daughters in the fire to their gods.

There is no difference in sin. There is no difference in disobedience to God. I imagine many would argue we live in different times but the only difference is the numbers on a calendar and technology. Nothing else has changed within human nature. Nothing has changed within the dark, dead, cold wicked, and sinful hearts and minds of men and women today than in those dark, dead, cold, idol-worshipping hearts 4,000, 5,000, 3,000 years ago.

Only the methods may have changed. Nothing else.

Self-worship. Justifying evil. Disobedience to God. No change whatsoever from today going back to any time in history.

Now, we have a wicked and unrighteous mass of Molech and Baal worshippers in cunning speech and with lying tongues speaking of rights, and choice and one lie upon another to justify the murder of children. The human sacrifice of children. To their god, Satan, though in their blindness due to the darkness in which they inhabit, due to them being among the walking dead they do not see. They refuse to see.

But there is no difference then to now.

No difference in what the Nazis did to children than what is done in America every day in sanctioned clinics and hospitals all under the guise of rights, choice, freedom, and advancing culture. When in truth it’s just plain bloody selfish wicked murder.

Against God. Against nature. In belligerent and arrogant disobedience to God.

Let no one deceive you with empty words, for because of these things the wrath of God comes upon the sons of disobedience.

Let no man say when he is tempted, I am tempted of God: for God cannot be tempted with evil, neither tempteth he any man: But every man is tempted, when he is drawn away of his own lust, and enticed. Then when lust hath conceived, it bringeth forth sin: and sin, when it is finished, bringeth forth death. Do not err, my beloved brethren.

Godlessness in the Last Days

But understand this, that in the last days there will come times of difficulty. For people will be lovers of self, lovers of money, proud, arrogant, abusive, disobedient to their parents, ungrateful, unholy, heartless, unappeasable, slanderous, without self-control, brutal, not loving good, treacherous, reckless, swollen with conceit, lovers of pleasure rather than lovers of God, having the appearance of godliness, but denying its power. Avoid such people. For among them are those who creep into households and capture weak women, burdened with sins and led astray by various passions, always learning and never able to arrive at a knowledge of the truth. Just as Jannes and Jambres opposed Moses, so these men also oppose the truth, men corrupted in mind and disqualified regarding the faith. But they will not get very far, for their folly will be plain to all, as was that of those two men.

And why call ye me, Lord, Lord, and do not the things which I say?

But Peter and the apostles answered, “We must obey God rather than men.

And the Lord will prevail. Over all wickedness and sin. And those who disobey will receive His wrath and judgments.

Let each of us in faith continue on daily, nightly, continually in humble, fervent, and faithful prayer to Almighty God. Let each of us repent and turn to God and the Lord Jesus Christ wholly in our lives holy as He is holy. Asking the Holy Spirit to bring these things about.

Washington — Abortion providers challenging a Mississippi ban on the procedure after 15 weeks of pregnancy warned the Supreme Court that allowing the law to stand would upend 50 years of precedent and open the door for other states to outlaw abortion outright.

The clinics told the high court in a brief filed Monday that it should reject Mississippi’s request for it to overrule Roe v. Wade, the landmark 1973 decision that established a woman’s right to an abortion. The state’s argument, they said, “amounts to the same thing: a request that the Court scuttle a half-century of precedent and invite states to ban abortion entirely.”

The Supreme Court will hear the blockbuster dispute over Mississippi’s abortion law in its upcoming term, which begins in October. While the state initially told the court that letting the 15-week ban stand did not require overturning its abortion precedents, Mississippi officials then argued last month they should be reversed, a request that came after the high court agreed to hear the case and its conservative majority widened to 6-3.

“Those precedents are grievously wrong, unworkable, damaging, and outmoded,” Mississippi Attorney General Lynn Fitch wrote in a filing to the Supreme Court.

In their brief filed Monday, the abortion providers said there is a “serious question” of whether Mississippi’s request to overrule Roe and the 1992 decision in Planned Parenthood v. Casey “is even properly before the court,” as it only mentioned overruling the two in a footnote in its original petition to the court.

The justices will consider the question of “whether all pre-viability prohibitions on elective abortion are unconstitutional.” Under the court’s precedents, states cannot ban abortions before viability, which is between 22 and 24 weeks of pregnancy.

“Accepting Mississippi’s request to abandon the viability line would turn back the clock for generations who have never known what it means to be without the fundamental right to make the decision whether to continue a pregnancy,” the clinics wrote. “Any answer to the question presented other than a categorical ‘yes’ would shatter the understanding women have held close for decades about their bodies, their futures, and their equal right to liberty.”

The brief from the providers comes after the Supreme Court in a 5-4 decision declined to block a Texas law that bans abortions after six weeks of pregnancy, which is the nation’s most restrictive measure involving the procedure. But the court’s decision to that law stand turned on its novel enforcement mechanism, and the conservative justices said it was not based on “any conclusion” about the Texas measure’s constitutionality.

Texas is one of several states, including Mississippi, that has passed laws banning abortions at early stages in pregnancy, though the others have been blocked by the federal courts for violating the Supreme Court’s precedents.

But if the justices uphold Mississippi’s 15-week ban, the clinics said there would be an “inevitable cascade” of other laws that would follow a ruling favoring the state.

“The fallout would be swift and certain,” they told the court. “As abortion bans are enforced — or the threat of enforcement looms — large swaths of the South and Midwest would likely be without access to legal abortion. Some people with the means to travel may be able to access legal abortion — but only after crossing multiple state lines.”

In response to the latest filing from the abortion providers, Fitch said in a statement they offered “no solid arguments in defense of Roe” and reiterated the Supreme Court should overrule its decision in that case.

“It is time to return policymaking to the people where they can address abortion policy in a way that empowers women and promotes life,” she said.