Abandoned to the Predators 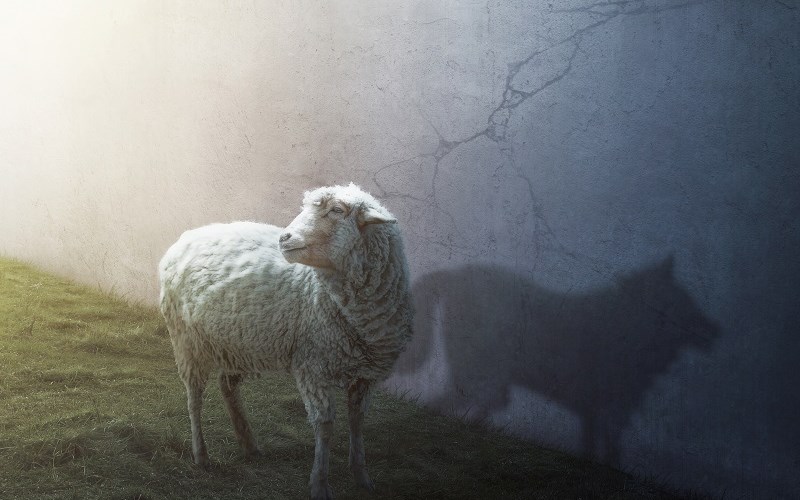 (Subscribers and readers of A Crooked Path — this place went silent for a number of days due to some technical problems. Which have been sorted. I apologize for the absence and not being able to publish letting folks know something was amiss. It’s supposed to be all better now. Or so I’m told — Ken Pullen, administrator of A Crooked Path).

Abandoned to the Predators

My people have been lost sheep. Their shepherds have led them astray, turning them away on the mountains…They have forgotten their fold (Jeremiah 50:6).

I was born when John F. Kennedy was the president. So, I’ve lived through the sexual revolution of the sixties and seventies, the anti-war demonstrations during the Vietnam era (and the bitter welcome home those soldiers received from their fellow countrymen and women), Watergate, the fall of the Berlin Wall, terrorist attacks on American soil, and the rise and embrace of socialism.

That means I (and others around my age and older) have seen and been through a lot of social, cultural, and political unrest. But I’ve never seen America the way it is now. I’ve never seen the unabashed hatred that I am seeing now. Hatred of history. Hatred of truth. Hatred of those who think differently. But most of all – just a vile and blatant hatred of people. There is definitely a spiritual source for this (which I will get into shortly) but I am convinced that the carrier of this abhorrent strain of hatred was eight years of the Obama administration.

President Obama’s disdain for American history and his ceaseless repudiation of American exceptionalism sowed the seeds of bitterness that have blossomed into full-on hate. He followed Saul Alinsky’s Rules for Radicals to a tee; in particular, the Alinsky dictum “Ridicule is man’s most potent weapon.”

Now, look at what we have. Since he left office the Democratic Party leaders have repeatedly encouraged confrontation and violence against anyone in the Trump administration (which has spilled over into anyone who supports the current president).  They encourage rioting and looting in the cities they lead all while castigating and attempting to defund law enforcement. Anarchy. Democrats have become anarchists.

There seems to be no end in sight either. Now they are gearing up to spread violence all across America should Joe Biden lose the election in November. Lawlessness and anarchy have pretty much become the Democratic Party platform.

American cities are under siege. Universities have become bastions of socialism, critical race theories, and even a resurgence of segregation. Once upon a time, the university stood for freedom of thought and speech. Not any longer. Free speech is nothing but a memory in academia.

Where does this leave the God-fearing, Bible-believing, freedom-loving, Constitution embracing Christians? And how have our Christian pulpits gone silent?

The church in America has gone silent because it is clear that by admonition and apathy it helped usher in the demonic rage and hate that has become commonplace now.

Pastors, churches, and entire denominations have for decades now been at war with the Bible. Whether it’s homosexuality, marriage, the abortion debacle, or illegal immigration, many churches, pastors, and denominational leaders went into the streets to join in on protests against what the Bible says.

They abandoned God’s grace to forgive and power to transform in favor of a putrid version of love that accommodates sin while fostering rebellion. Have you read the book of Jeremiah in the Old Testament lately? The prophet lays the blame for the carnage inflicted by the Babylonians squarely on the shoulders of Judah and Israel’s religious leadership (see quote above). Look also at Jeremiah 25:34-36:

Did you catch that last phrase? The pastures of the flock are being destroyed by God! It is one thing when the wicked remain obstinate in their wickedness. It is altogether something else when the shepherds of the Lord’s people not only fail to confront evil but actually join in becoming apologists for rebellion against God!

That is what is going on in America right now. The pasture is being destroyed because the shepherds craved the affirmation of man more than God. It was easier to proclaim an accommodating love rather than the biblical version of love: sacrifice.

Jesus did not die on the cross because He affirmed everyone’s status. They put Him on the cross because He said it would be better to mutilate yourself and enter heaven maimed than allow sin to continue unabated (Matthew 5:29-30 & 18:8-10). He said He came to turn family members against each other because of His holiness (Matthew10:34-37) not unite people in their accommodation of sin. Godly love confronts and then changes people.

Our religious leaders have marched for abortion, gay pride, and the destruction of biblical marriage. And in doing so naively and unwittingly ushered in demonic spirits of hatred. They thought accommodating sin would bring unity and peace. Instead, violence and hatred came rushing in because accommodating sin is rebellion against God.

And now “the LORD is destroying their pasture.”

I don’t know what is in store for America, especially since her shepherds have “forgotten their fold” and chosen to be applauded by men rather than accepted by God. The political left is pretty much guaranteeing socialism if they win in November and hell on earth if they lose. It doesn’t look good.

But somewhere down the course of the last 20 or so centuries we Christians have forgotten that it never did look good here and the only good living we’re ever going to have is in a city called New Jerusalem. Everyone there will have experienced hurt, loss, suffering, and pain. But Revelation 21:4 says,

He will wipe away every tear from their eyes…

Yes, I’m worried about what life will be like in the next few years in my beloved America. I don’t think it will be what most of us have been accustomed to. But let me tell you one thing. I will not “go with the flow.” I will not come aboard the crazy train. I will not be canceled. I will not be intimidated. Here’s why. Even though God was telling Jeremiah to tell His people that horrific disaster was heading their way, He also gave the prophet this counsel to share with the people like you and me today who live in the midst of a very messed up culture and society:

The heart is deceitful above all things, and desperately sick; who can understand it? I the LORD search the heart and test the mind, to give every man according to his ways, according to the fruit of his deeds (Jeremiah 17:9-10).

The first sentence explains the sinful mess we live in. The second sentence is a message of hope. God isn’t going to let me (or you) be swept away because of the wickedness of others. He is going to look at me and how I am living in this leaderless pasture called America.

So it matters. It matters that we stand for truth and righteousness in a culture and nation that seems to have abandoned both. It matters that we stand against sin, socialism, intimidation, and hatred. It matters more to be embraced by God than accepted by man. God knows how to separate the fish caught in His net. Now is not the time to worry about His plan and whether or not it involves destroying this pasture.

Now is the time to stand firm. Shine the light into the growing darkness. Invite repentance. Proclaim salvation and promise the transformative power of the Holy Spirit. If you’ve been doing this all along, then praise God! If you have been abandoned (like so many have) by your shepherd then stand alone until you are led to a godly flock led by a godly minister. Just don’t panic. Nothing is happening (nor will happen) that God doesn’t know about. Moreover, He has made a plan for just for you. Just. Be. Faithful.