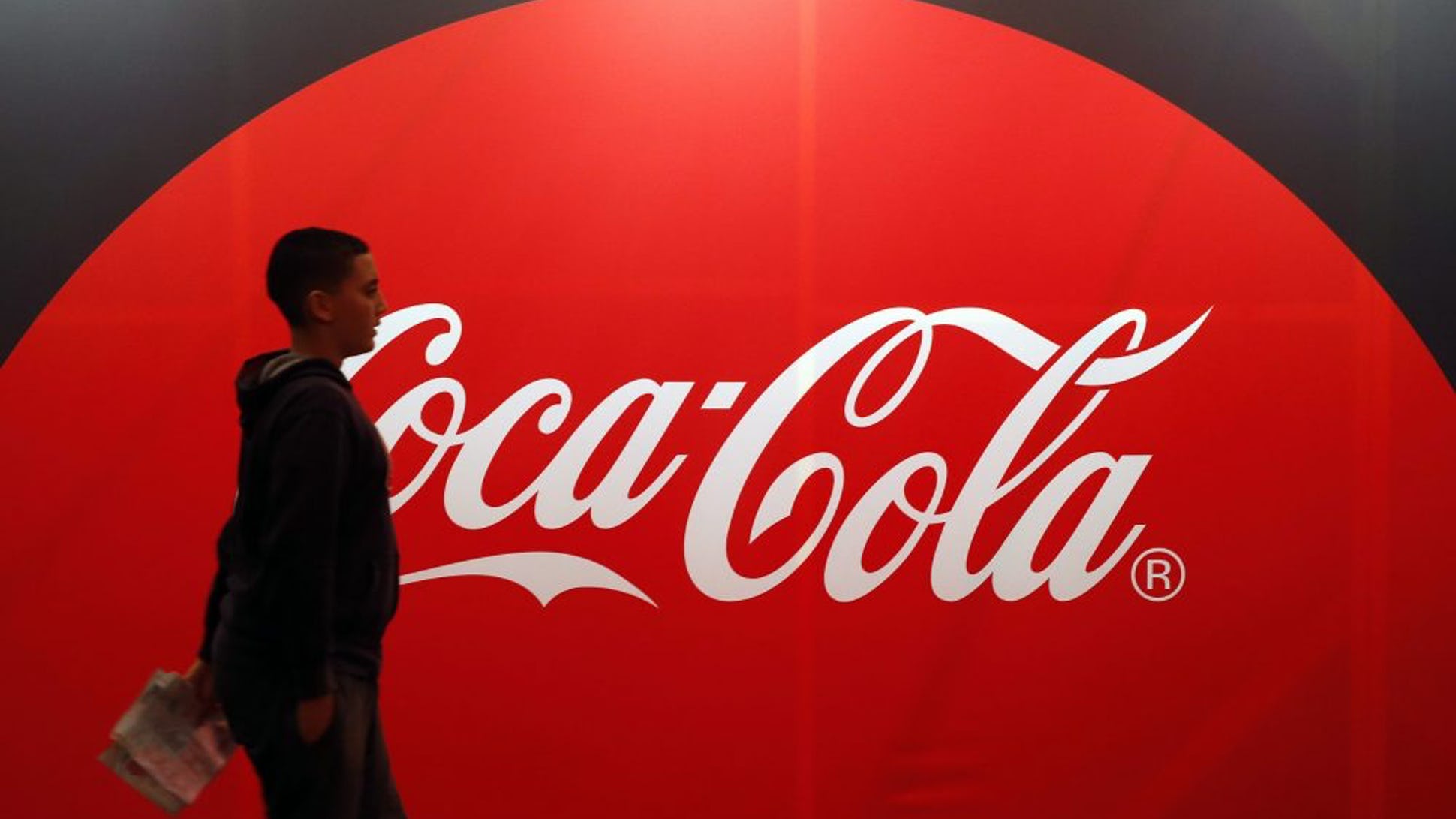 After Gov. Brian Kemp (R-GA) signed the “Election Integrity Act of 2021” — which institutes voter identification requirements for absentee ballots, reduces early voting before runoffs, and updates voter processes after COVID-19 alterations — Democratic politicians began labeling the law as inherently racist. Even President Biden — who has bumped shoulders with many segregationists during his five-decade career in the federal government — dubbed the bill “Jim Crow in the 21st Century.”

Multibillion-dollar corporations also began voicing concern over the Election Integrity Act, with some even withdrawing operations from the state. Proclaiming that “it is finally time for Republicans and Conservatives to fight back,” former President Trump called for his followers to boycott the companies in retaliation.

As it turns out, many of the companies virtue-signaling about supposed Jim Crow in Georgia are simultaneously rushing to expand their operations in China — a nation which boasts one of the world’s largest and fastest-growing economies, yet imprisons ethnic minorities in Xinjiang and erases civil liberties in Hong Kong.

In a major blow to Georgia’s tourism sector, the MLB — which was slated to host its 2021 All-Star Game in Atlanta — announced that it would relocate the event.

Despite the harm to her city, Atlanta Mayor Keisha Lance Bottoms announced that she respects the decision, though she blamed Gov. Kemp for causing the people of Georgia to suffer.

“It’s not too late for the governor and the legislators to go back, do something differently,” she told CBS News. “They can go back in January, fix this very broken and ill-conceived law, or they can perhaps even go into special session over the next few months and make tweaks that will allow us to continue to be the open and welcoming state that we claim to be.”

In turn, Gov. Kemp slammed Democratic politicians for pressuring the MLB into submission.

“It’s unfortunate that Major League Baseball has caved to the cancel culture, and quite honestly, President Biden and Stacey Abrams and a lot of other people are simply lying about this bill to pressure these organizations,” Kemp explained to FOX & Friends.

Though the MLB is now refusing to do business with Georgia, the organization is currently in the middle of a ten-year agreement with the Beijing Enterprises Real-Estate Group to grow the sport of baseball in China.

At the deal’s announcement, Jim Small — former head of the league’s Asia Pacific operations — said that “this relationship with BEREGL will seek to accelerate our growth and to provide first-rate facilities and coaching for the increasing number of Chinese baseball players.”

He expressed excitement over collaborating with “one of China’s most forward-thinking, innovative and successful companies as we build momentum for baseball in the country.”

This double standard did not go unnoticed by government officials concerned with the MLB’s withdrawal from Georgia.

“Your sports league might be a little too woke if it will freely do business with Communists in China and Cuba, but boycotts a US state that wants people to show an ID to vote,” said Sen. Rand Paul (R-KY) on Twitter.

Jamie Dimon, the CEO of JP Morgan Chase, was among the first CEOs to publicly decry Georgia’s election integrity bill.

In a statement to CNN Business, Dimon said that the investment bank’s “employees span the United States and as state capitals debate election laws, we believe voting must be accessible and equitable.”

“We regularly encourage our employees to exercise their fundamental right to vote, and we stand against efforts that may prevent them from being able to do so,” he added.

JP Morgan — which was among the companies listed in President Trump’s proposed boycott — has been proliferating its operations in China.

In 2014, JP Morgan China opened a branch in Shenzhen. Over the next several years, it established a strategic partnership with China Post Savings Bank, became qualified as a clearing agent in China’s interbank bond market, established Morgan Asset Management Shanghai in a Chinese free trade zone, and launched a securities venture.

“The right to vote is the foundation of American democracy. Citi not only supports this fundamental right, we have taken steps to encourage our colleagues to vote, such as providing paid time-off for the 2020 election,” said Citigroup Head of Public Affairs Edward Skyler. “We strongly oppose efforts to undermine the ability of Americans to avail themselves of this fundamental right.”

“As an American, I am appalled by the recent voter suppression laws passed in the state of Georgia. I see it as a disgrace that our country’s efforts to keep Black Americans from engaging fully in our Constitutional right to vote continue to this day,” wrote CFO Mark Mason, who is African-American. “I will join the efforts of many of my fellow Americans in working to ensure other states don’t follow this horrible example.”

Citi China began operations in 2007; since that time, it has expanded to thirteen Chinese cities, including Beijing, Chengdu, Guangzhou, Shanghai, and Shenzhen. In 2017, Citi China received approval from the People’s Bank of China to underwrite corporate bonds.

The iconic Georgia beverage brand joined other leading businesses in condemning the state for its new election laws.

“We want to be crystal clear and state unambiguously that we are disappointed in the outcome of the Georgia voting legislation,” asserted CEO James Quincey in a statement. “Throughout Georgia’s legislative session we provided feedback to members of both legislative chambers and political parties, opposing measures in the bills that would diminish or deter access to voting.”

Republican lawmakers expressed their disappointment by removing all of its beverages from their offices.

“Given Coke’s choice to cave to the pressure of an out of control cancel culture, we respectfully request all Coca-Cola Company products to be removed from our office suite immediately. Should Coke [choose] to read the bill, share its true intentions and accept their role in the dissemination of mistruths, we would welcome a conversation to rebuild a working relationship,” wrote the lawmakers in a letter to the Fortune 500 company.

Like JP Morgan and Citigroup, Coca-Cola is investing heavily in China.

Last summer, the firm moved ahead with plans to spend $36 million on six new bottling facilities — a move that will enable the company to supply the Chinese beverage market with $244 million of products annually.

Last fall, Coca-Cola joined Nike in lobbying against the Uyghur Forced Labor Prevention Act — a bill that would bar imports of products from Xinjiang in the interest of opposing slave labor in the region. The legislation passed the United States House of Representatives in a near-unanimous 406-3 vote in September.

“Last week, the Georgia legislature passed a sweeping voting reform act that could make it harder for many Georgians, particularly those in our Black and Brown communities, to exercise their right to vote,” wrote CEO Ed Bastian in a memo to employees. “However, I need to make it crystal clear that the final bill is unacceptable and does not match Delta’s values. The right to vote is sacred. It is fundamental to our democracy and those rights not only need to be protected but easily facilitated in a safe and secure manner.”

Nevertheless, Delta added more weekly flights to China as global travel rebounded in the summer of 2020. Americans can now depart for Shanghai from Seattle and Detroit.

Delta also “became the first U.S. airline to re-connect the U.S. and China following a suspension in service due to COVID-19,” according to a company statement.

“We are excited to expand our seat capacity to address the growing demand from customers, who are showing a strong need for travel,” said Wong Hong, President of Greater China and Singapore at Delta. “We will continue our commitment to providing a safe travel experience, as our top priority remains to safeguard the safety, health, and peace-of-mind of our passengers and our crew.”

http://Ex-MLB Commissioner Slams Commissioner Rob Manfred: ‘Made A Serious Mistake’ By Pulling Out Of Georgia